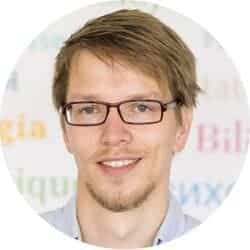 More than 1.2 million migrants have come to Europe in the past year – most of them from Syria. One year after the ‘long summer of migration‘ in 2015, Europe is still facing two severe problems: first, the lists of safe countries of origin differ in many states of the EU and secondly, further large-scale deaths by drowning of migrants and asylum seekers in the Mediterranean. The reintroduction of the Nansen passport – a EU-wide ID card for refugees guaranteeing asylum – at the European level might be a useful and even necessary instrument to solve this legal uncertainty for refugees and to promote a common migration policy.

The recognition of migrants as refugees very much depends on their country of origin. As Eurostat reported recently, almost all Syrians get asylum status in the EU, but only 29 per cent with Malian citizenship do. People coming from West Balkan countries have almost no chance of getting asylum. German politics in particular centres on a steadily increasing list of ‘safe countries of origin’. To know where refugees come from, asylum seekers must either show their passport or identification card or the officials ask the named country if it has information about this person. Since most of the asylum seekers come from conflict areas in which bureaucracies do not work properly, this procedure is very difficult. Thus, the list of ‘safe countries of origin’ and, indeed, the whole process of identifying refugees are criticised by NGOs such as Human Rights Watch. The political and legal hotchpotch makes it evident that the right to remain heavily depends on the passport of a refugee.

The increasing number of deaths in the Mediterranean has heightened attention to the refugee issue in Europe after a boat shipwrecked at the coast of Lampedusa and caused the death of approximately 350 people in October 2013. Afterwards, the Italian government started the Marine and Coast Guard mission ‘Mare Nostrum’ to rescue migrants. In autumn 2014, the EU started the FRONTEX mission ‘Triton’ to help out, but its capacity was minor in comparison to the ‘Mare Nostrum’. However, the more deaths in the Mediterranean have not stopped, far from it. In 2016 more than 3,000 people have died so far. This humanitarian catastrophe, in my view, could be solved by introducing the Nansen passport providing safe and legal migration to EU member states.

The UN Refugee Convention from 1951 and the protocol relating to the status of refugees from 1967 state that equal treatment of all refugees should be provided, safe from any discrimination on grounds of nationality, gender, race etc. The origins of the Refugee Convention and the related protocol were built on the work of Fridtjof Nansen (1861-1930). The Norwegian scientist and later diplomat in the League of Nations strongly lobbied for the rights of minority groups. Nansen was one of the leading figures in dealing with and helping refugees fleeing from the Soviet Union during the Russian Civil War (1917-1922).

Besides his commitment on behalf of an official organization devoted to this challenge – nowadays the UNHCR – he strongly advocated for a secure international legal status for refugees. Based on a conference in July 1922, 51 states signed an international agreement creating a certificate to provide such a legal status. The Nansen passport was especially created for migrants who became stateless while fleeing from their countries of origin and in need of travel documents. This passport provided people with international recognized travel documents whatever their national citizenship or statelessness. The Nansen passport existed until 1942 and helped approximately over 450,000 people. These achievements culminated in the Nansen International Office for Refugees. As a result of his breakthrough, Nansen was awarded the Nobel Peace Prize in 1922 and in 1938 the Prize was awarded to the office bearing his name.

In light of the confusing national regulations around recognition rates and ‘safe countries of origin’, the reintroduction of the Nansen passport in the EU could be the cornerstone of a common migration and refugee policy which is often called for but hardly put into effect. Establishing the passport at supranational level, the EU-Nansen passport could serve as a EU-wide ID card guaranteeing asylum seekers residence in a EU member state. Since the EU refugee relocation plan is hardly working, a free-choice option for refugees might be the most appropriate solution. The passport would guarantee equal treatment for all potential refugees in Europe, because it is valid beyond national passport regulations, beyond debates about ‘safe countries of origin’ and beyond different national regulations in the EU. Politically, this could be achieved if the European Commission and the European Parliament were to promote such a policy. If they were supported by a strong coalition, lead by Sweden, Germany and Italy in the Council the prospects for establishing EU-Nansen passport through a qualified majority vote might not be unrealistic.

Introducing the EU-Nansen passport would also shift the focus of common EU migration policy from security and border control to providing the right to remain and literally creating a refuge for human beings. In a pilot, the EU-Nansen passport could be handed out to people, for instance to Syrians, preventing them from being forced to cross the sea. Offices in the main refugee camps of the UNHCR in this area could be established to hand out these passports to Syrians. If nobody has to traverse the sea illegally, the smugglers’ business would dry up and people would no longer have to risk their lives. This would be an efficient measure against human trafficking and unnecessary death.

Moreover, the EU-Nansen passport could create a common legal framework to provide a safe haven for current and future refugees. It would create a secure environment especially for the large numbers of unaccompanied minors in Europe. Establishing a safe status would help young people to settle in and cope with their experiences.

Then, one thing is for sure: In times of crisis in the Middle East, in North Africa and sub-Saharan Africa, the ‘long summer of migration’ in 2015 will not be the end of migration flows to Europe. A humanitarian plan is necessary to show refugees solidarity and to deepen cooperation in EU refugee and migration policy. The EU-Nansen passport could be a first step in this direction.

Stefan Wallaschek is a PhD fellow at the Bremen International Graduate School of Social Sciences, University of Bremen, and a research associate at the University of Hildesheim.