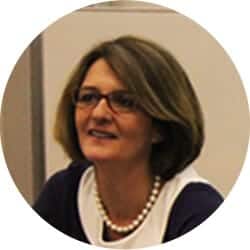 Devastation, sadness, jubilation, joy, regret, fear, anxiety, denial, disappointment, betrayal… All are emotions that the Brexit vote propelled into the public sphere. Following the result, the weekend editions of newspapers were also peppered with confessions of trauma and anger, but also exhilaration.

This highly uncertain political and economic post-referendum period is also an emotional time. I want to reflect here on how the end of a political union feels, and how we can navigate through this whirl of emotions. What can we learn from the recent history of countries’ political divorces?

My claim to authority on this point is both personal and academic. I am half-Yugoslav and half-Czechoslovak – once a citizen of two non-existing countries. My career has been devoted to studying the political fallout of the former.

Before I proceed, though, two caveats are in order. This is no simplistic drawing of parallels with Yugoslavia’s bloody break-up (although no one should ever easily dismiss violence as something that happens to someone else far away). Of course, the European Union is a different type of political union; it is not a federation (although the rhetoric in the Leave camp had on occasions promoted it to the status of a dictatorial central state). Rather, I turn to instructive parallels.

The stakes in this referendum that decided the political, economic and diplomatic future of the UK were high. Statistics tell us that the vote divided the young and the old, the capital and the rest of the country; and the nations, with Scotland and Northern Ireland on one side and England and Wales on the other. But, politics always looks different from the ‘bottom-up’, from people’s perspective. The dividing line meanders perniciously through school playgrounds, neighbourhoods, and families.

Calls for unity bounce back against a feeling of resentment towards those who voted differently from us. One wishes to dispel it, and move on. But, it comes back. One keeps second guessing strangers in a supermarket queue and friends. Is she a Brexiteer or a Remainer? The feeling is profound, unwilled and it is here to stay. Many ex-Yugoslavs will tell you how friendships were irreparably cracked by similar ‘historical’ votes, and the lingering resentment they caused.

The UK’s extrication from the EU is bound to be a long and taxing process. To some, the two-year-long timeline already looks unrealistic. This may be pure speculation given the novelty of the undertaking for both parties involved – the UK and the EU. But, one thing is certain, the UK will be in a period of limbo. While the negotiations unfold, many diametrically opposed arguments are going to be heard all over again – just as it was in the period before the referendum. The pressure will pile on the negotiators to deliver a deal that is as close as possible to one’s preferences, given that the general direction of travel has been set.

The agony and uncertainty of the negotiating marathon will ultimately come to an end. The new reality will assume the concrete shape of a new agreement, and the acceptance of that new reality will follow. As former partners continue to cooperate on a new footing, it will be from the position of separateness rather than unity. Vibrant Czech-Slovak cultural cooperation in the post-separation period is a case in point. The same, almost unspoken, cultural code underpins the exchange. Nonetheless, political separation has been accompanied by subtle identity shifts that accentuate the difference. Nothing is ever the same.

Time marches on, and soon new generations, for whom the history of a political union is not even a memory, will step onto the scene, sealing the acceptance (but not necessarily the acceptability) of the ‘new order’.

The rest of the people, for whom membership in the European Union was a part of their identity, are likely to experience the feeling of nostalgia. As a considerable contingent of Yugo-nostalgics will tell you, this is not a simple harking back to a life as it was viewed through rose-tinted glasses. Neither is it a naïve political longing for old times to come back. Yugo-nostalgia is lived out in the virtual world as well as in reality: for example, through renewed appreciation of Yugoslav rock music. It is the remembrance and celebration of positive aspects of the political relationship, however complicated the political and economic context was at the time.

But, the more interesting question for the post-EU future of the UK is whether this feeling is politically consequential? The answer is unequivocally affirmative. The intensity of the feeling of nostalgia can become a benchmark of the acceptability of the ‘new order’, and, as such, a measure of its legitimacy. It should not be assumed that only the Remain voters will be prone to the feeling of nostalgia.

The emotional management of Brexit

Brexit requires not just a deft management of the country’s political and economic affairs while recasting the UK’s relationship with the EU, but also of its emotional impact on the nation’s well-being. Scholars of political science and international relations have recently come to appreciate and study the role of emotions in domestic and international politics. Politicians should do so immediately.

Ironically, it is only the feeling of shock, upon hearing the referendum result, that unified both Brexit and Remain supporters. Their political positions are now further divided by a spectrum of feelings. Some invoke the fact that ‘the people have spoken’ with content. To others, the same statement of fact comes across as gleeful triumphalism.

The feelings that divide are bound to be further intensified if the UK itself takes the road to becoming a former country, like Yugoslavia and Czechoslovakia. As these examples teach us, how emotions are managed both during the negotiation of Brexit and in its aftermath will be crucial not just for the nation’s well-being, but also for the legitimacy and stability of Brexit itself.