A new social-democratic era depends on the high, progressive taxation which made the postwar decades so successful in the west.

It is no coincidence that the economies which best combine economic dynamism and social inclusivity are those that collect the highest tax revenues as a proportion of national income. The Nordic countries in particular have shown remarkable resilience, in the face of external shocks and structural and technological challenges.

Their economic and social performance owes much to persistently high public spending following a social-investment logic, with an emphasis on broad-based education, generous social protection, family support, enthusiastic innovation and investment of various kinds in ‘human capital’. This strategy would have been incompatible with sound fiscal management and macroeconomic stability were it not for the fact that the Nordics have long been world champions when it comes to taxation—taxing heavily and taxing effectively.

To socialise risks and provide high-quality public services, the state must have ample fiscal room for manoeuvre. Since most governments have political-institutional and economic reasons for avoiding chronic budget deficits, generous welfare policies over time depend on their capacity, and willingness, to collect tax revenues.

Public acceptance of high taxes meanwhile depends on citizens’ perceptions of fairness and whether they believe they enjoy just returns. In the ideal social-democratic scenario, high taxes and quality public services reinforce each other in a virtuous circle.

In a globalised world of mobile capital, however, small, open economies tend to rely heavily on regressive and capital-friendly taxes. Cross-country comparisons show that tax progressivity and total tax take as a proportion of gross domestic product are strongly inversely related.

The Nordic countries are no exception. They have high and nominally progressive personal-income tax rates but these are reached at relatively modest incomes. This, along with the large contribution to total revenue of consumption taxes and the low contribution of property and capital-income taxes, makes the overall tax burden relatively regressive, compared with countries where both taxes and spending are lower.

In fact, most Nordic tax systems have become increasingly regressive in recent decades. Much suggests that the social contract on which social democracy rests could be strengthened by making those with the highest incomes and largest fortunes pay more. This would help create fiscal room to reverse the welfare retrenchment implemented in the neoliberal era and reboot public services.

The revolution in living standards and economic development throughout the western world during the postwar period coincided with continual rises in taxes as a proportion of national income and the adoption of steeply progressive taxes on incomes and inheritance. In only half a century most industrial countries increased their share of taxes by a factor of three or four, enabling the construction of a ‘social state’ with wide access to education, healthcare and social protection—all indispensable to the social cohesion, industrial peace, productivity growth and prosperity which characterised western Europe and the United States during the postwar period.

This historical context should be borne in mind, at a time when the importance of public services is being widely rediscovered due to a global health crisis—as is the need for a dynamic state with the capacity to respond swiftly and forcefully to emergencies. As Colin Crouch points out, the coronavirus has demonstrated that ‘the very complexity of today’s strongly interlinked and tightly integrated societies means that public action is constantly needed to support the lives of individuals’.

Strong, resilient, shock-absorbing and adequately funded services are essential. But they will not come cheaply and it would be self-defeating to finance them through persistent budget deficits, with inflationary consequences.

Expanding the tax base

Fiscal strategies aiming to reduce budget deficits and curb inflation should place the revenue side of public finance at the centre, with an emphasis on expanding the tax base instead of slashing public expenditure. Where oligopolistic power and corporate profiteering are contributing heavily to inflation, corporate-tax reform can help bring prices under control.

More generally, social-democratic statecraft must embrace the long-term role of heavy taxation in making a relatively egalitarian mode of capitalism possible. Increasing progressivity, cracking down on tax avoidance and shifting the burden on to wealth, high incomes and corporate profits might be key to making this taxation politically and socially acceptable—and so securing the long-term survival of a social-democratic social contract. 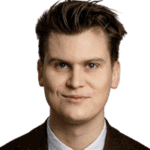 Jóhann Páll Jóhannsson is an Icelandic MP for the Reykjavík North constituency. He previously worked as a journalist and holds masters in the political economy of Europe and in history from the London School of Economics and the University of Edinburgh respectively.