Europe cannot continue to treat those who arrive on its margins—as in Ceuta—as mere flotsam and jetsam to be repelled.

Spanish authorities have returned most of the 8,000 people, who included huge numbers of unaccompanied children, who fetched up this month from Morocco in its north-African exclave of Ceuta. Officials suggested they were pawns in a political dispute between the two nations over the presence in Spain of the leader of the Polisario Front, the group demanding independence for the part of the western Sahara ruled by Morocco.

The swift expulsions raised worries about compliance with proper procedures for asylum-seekers, given the non-refoulement requirement of the United Nations refugee convention to which Spain is a signatory. And many of the youngsters not expelled are now sleeping rough or crammed in warehouses.

Comparable images of aspiration and suffering are reaching us from the central and eastern Mediterranean as well as the western Balkans. The warm weather could support the beginning of a new ‘exodus’ from Africa.

More than 2,000 people recently landed on the Sicilian island of Lampedusa. Two hundred slept outdoors in poor sanitary conditions. ‘A shame,’ a local priest called it.

Covid-19 provides an additional burden. Lampedusa is a small place with very few doctors and social distancing is impossible in the camps for those who arrive. ‘Probably not everyone realised we are left alone in dealing with an unprecedented situation—including Covid, economic crisis as well as a continuous humanitarian emergency,’ the mayor declared.

In early 2020, residents of the reception centres in Bologna, with help from the organisation Coordinamento Migranti, wrote an open letter on their overcrowded living conditions, complaining that ‘more than 200 of us live and sleep in dormitories …. with beds very close, one on top of the other’. Similar stories of those living on the edge could be told from Paris to Istanbul, Spain to California. Yet when they leave such places as Lampedusa these go unheard.

On May 9th last year, Europe Day, the European Union institutions honoured those helping communities to fight the coronavirus crisis. Of these ‘heroes’, there is a particularly neglected group, non-EU migrants, who are among the most vulnerable and least protected in societies.

Although as workers many have played essential roles during the pandemic, their efforts have often not been recognised. They have not enjoyed the protections of intra-EU migrants or asylum-seekers who have secured refugee status. They continue to suffer from discrimination and strict border controls. Many have not been considered worthy of state support or anti-virus safeguards.

Even if migrants are essential to the European economy, they face an exploitation which has been aggravated by the pandemic. In sectors such as agriculture or logistics, the workload has increased greatly. This comes with a shortage of manpower, because border closures have reduced seasonal workers.

This year, the organisation Transnational Migrants Coordination (TMC) called on immigrants to make International Workers’ Day a moment of ‘transnational struggle’. TMC is a web of collectives from Europe, Lebanon, Morocco and Turkey, born out of recent struggles for rights and seeking to ‘overcome isolation in times of pandemic’.

Its main goal is a European unconditional-residence permit—as distinct from asylum—which would be ‘valid in all Europe, detached from employment contract, income, wage and family’. Could this be a solution to the low salaries and inhuman conditions which are often accepted to obtain or renew a frequently precarious authority to remain?

The European Commission last year proposed a New Pact on Migration and Asylum. But what is really new here? It still mentions co-operation with countries of origin or transit and promotes the strengthening of border control, including screening procedures and detention of asylum-seekers. Some members of the European Parliament questioned if these measures could ensure respect for fundamental rights, although some wanted an even tougher stance on asylum access and people-smugglers.

The paradox is that ‘co-operation’ means dealing with countries where human rights are not necessarily the priority. And supporting return to countries of origins looks different through a wider lens.

Not everyone on the move is a migrant pursuing employment or a refugee escaping persecution or wars. Some flee from poverty. Some come from areas politically destabilised by western powers or economically exploited by multinationals.

In some ways, these are outcomes of colonisation or neo-colonialism. In a sense, places such as Ceuta are symbols of Europe’s contradictions—being a north-African exclave of an EU member state experiencing the rise of the far-right Vox party, with its anti-Muslim as well as anti-Moroccan rhetoric.

Considering Europe’s historic exploitation of their own nations, the legacy of slavery, the obligations of international treaties and the many lives of their fellow human beings lost in the Mediterranean, those on the move should not then be subject to systemic racism by the EU. And some member states in particular have to show more solidarity and respect for ‘our’ European values—including human dignity, democracy, equality and the rights of members of minorities.

These values envisage communities in which ‘pluralism, non-discrimination, tolerance …. must prevail’. Closing borders or considering movement only as a challenge, without solving exploitation or global inequalities—never mind exploiting the ‘diversity advantage’ recognised by the Council of Europe—cannot be the solution.

The coming years are central to the ‘Future of Europe’ and European citizens can try to shape the union’s priorities. Establishing a day to recognise people on the move might be a first—even if symbolic—step towards more inclusive societies. 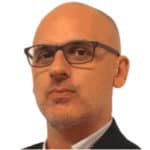 Andrea Mammone is a visiting fellow in the Robert Schuman Centre at the European University Institute and a historian of modern Europe at Royal Holloway, University of London. He is an expert on the far right, nationalism and European politics.