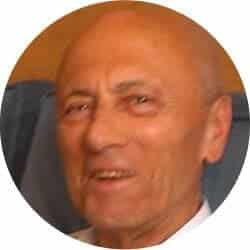 There is a striking analogy between the current global economic and political crisis and the world crisis that occurred between two world wars. Then the great depression of 1929, Mussolini’s and Hitler’s ascent to power and WWII, today financial and economic instability, the growth of populism and nationalism, the decline of consent towards democratic institutions, including in Europe, the terrorist attacks, ISIS massacres on behalf of the cult of death – a trait very similar to Nazism – the return of war at the periphery of Europe from Ukraine to Syria…

Both crises have their systemic origins: the change in the mode of production and the change in the international political order. The first half of the 20th century saw the transition from the first to the second phase of the industrial mode of production. The production techniques introduced by the assembly line and the conveyor belt together with the use of oil, electricity and the internal combustion engine brought about the decline of nation states and the rise of multinational and federal states of macro-regional dimension. The rise of the US and the then Soviet Union to the top of the world power hierarchy marked that transition from the epoch of nation states to one of macro-regional states and to international bodies grouping several nation states. The EU and other international organizations are part of this process.

The late 20th century saw the start of the transition from the industrial to the scientific mode of production. Scientific knowledge is the driving force of economic and social progress. Automation relieves workers from industrial fatigue, increases the quantity of goods necessary to satisfy material needs and reduces their price. The revolution in communications and transport technologies intensifies the flows of goods, capitals, persons, information and cultural models. The scientific revolution generates global markets and a matching civil society and dwarfs sovereign states, even the largest ones we used to call superpowers, and creates the need for global institutions. It is to be noted that European unification and globalization belong to two different phases of history: the second phase of the industrial mode of production and the scientific mode of production, respectively.

These changes in the mode of production have been matched by equally deep changes in political structures. After the end of WWII, the European state system codified by the peace of Westphalia (1648) was replaced in 1945 by a world system led by the US and the USSR. The nation states of Europe became satellites of the two superpowers. Today, the transition to a multipolar world order is underway. The history and theory of international relations teaches that in multipolar systems a balance of power tends to take shape in which it is unlikely that an individual state could become stronger than the coalition of all the other members of the system. This system favours the respect of shared rules. On the other hand, if a dominant power forms, it is emboldened to disregard the rights of the others.

What distinguishes the emerging multipolar world system from similar international systems such as the European concert (1648-1945) is that states have to face an unprecedented challenge: competition with non-state actors – first of all, the financial oligarchies and multinational firms, but also organized crime and international terrorism – for decision-making power at international level.

Unlike in previous cycles of world politics, which underpinned the international order with the hegemonic stability of a single great power – first pax britannica in the European system of states, then the pax americana in the world system – today a power redistribution is underway between a plurality of global actors, none of which has the resources to aspire to world hegemony. If this tendency is confirmed, we will be able to assert that the Cold War was the last old-style conflict over global hegemony. Therefore, from now on, the international order will be ensured only through cooperation based on legal rules among the protagonists of world politics and multilateralism within the framework of international institutions. This is the way in which politics may regain the upper hand over the economy and govern globalization. The global financial and economic crisis has marked the failure of the concept of self-regulated markets and neoliberal ideology. Politics, that had given up governing the economy and society, is re-occupying the stage.

Two political answers to globalization are competing: nationalism and globalism. Nationalism represents a return to the past with its array of disasters. The only alternative is the adjustment of political institutions to the dimension taken by economy and society so as to pave the way for a regulated globalization. In today’s transitional period, the US and Russia represent the old order, ride the wave of nationalism with the purpose of defending their old privileges. But their efforts are vowed to defeat, since it is impossible to go against the course of history.

On the other hand, China and the EU have vital interests in maintaining open markets, regulating their modus operandi and correcting their distortions. Even though it is incomplete, the EU experiment is a model for the world. It has proved capable of governing a multinational space through institutions tending to evolve in a federal direction. The EU has been able to join the principles of a market economy with those of the rule of law and constitutionalism and spread them at the European level. If it becomes a global actor speaking with one voice, it will acquire the power to promote democratic values beyond its borders either where democracy has never been achieved (China, Saudi Arabia, North Korea, Sudan etc.) or where it is retreating (Russia, Turkey, Hungary, Poland etc.) within the framework of a regulated globalization.

Lucio Levi is Professor of Political Science and Comparative Politics at the
University of Torino, Italy. He is also Scientific Director of the International Democracy Watch promoted by the Centre for Studies on Federalism, and Member of the Federal Committee of the Union of European Federalists. He is a Former President of the European Federalist Movement in Italy (2009-2015).