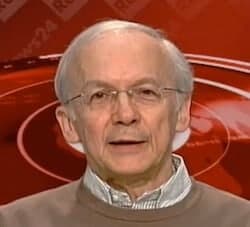 The anti-austerity vote in the European elections reflected two different kinds of discontent. One is a feeling of frustration, which is invigorating nationalism: the vote for “less Europe.” The other is a lack of confidence in current EU policies: the vote for “another Europe.” In both cases, voters  revealed that they have lost interest in blaming the crisis on U.S. bankers or on national governments (for not complying with EU rules) and instead are pleading for effective job-creating policy solutions, either delivered by European institutions or, if they are unable, from national governments free of EU restrictions.

Shortly after the European vote, the ECB Governing Council unanimously approved a package that supposedly should inflate the Eurozone economy and get it out of a liquidity trap condition. If the move succeeds, it would reduce some anti-austerity pressure. If the ECB again fails to revive the economy, it will become increasingly difficult to defend the existing fiscal rules in Europe. Indeed, those who fear a departure from austerity claim that the ECB could and should do more to take Europe out of the slump in which it has been languishing for almost six years. They claim that the ECB has more power and bullets with which to reflate Europe and end the liquidity trap.

Those who maintain the pseudo-Keynesian “liquidity trap argument” claim that spending would be revived by low real interest rates (i.e., market rates minus the expected rate of inflation). The solution thus lies in an intentionally inflationary policy on the part of the central bank which should do an about-face and convince us to tolerate a rate of inflation higher than 2 percent. If the market believes in the promise of inflation, real rates will drop and spending will grow again.

I call this notion pseudo-Keynesian because Keynes only touched on this concept briefly, and he did not even coin the phrase. It was American Keynesians (like Samuelson) who introduced the concept of “liquidity trap” in order to explain that monetary policy can be ineffective and to defend active fiscal policy. In the 1980s, the theory was fiercely criticized on the basis of two main claims: the (multiplier) effect of fiscal expansion is too small to justify the deficit; and the growth of public debt, sooner or later, will force “monetization” and inflation. In this view, the only remaining option was to rely on monetary policy. The use of fiscal policy as an anti-cyclical instrument had lost significance.

The “liquidity trap” came back to life again with a new generation of American Keynesians (like Krugman), with a twist: central banks can successfully overcome a liquidity trap condition. The idea is that stagnation is a consequence of an exceptional increase in savings that lowers the equilibrium real rate of interest to zero or below. Therefore, the task of central bankers is to reduce nominal interest rates below the inflation rate. If nominal rates have reached the zero bound, central banks (as Krugman put it) “should credibly promise to be irresponsible.”

Now, the ideas that the ECB can create inflation at will and that a lower real rate will drive more spending are two hypotheses that are unlikely to hold, especially in light of the experience of quantitative easing elsewhere in the world economy (which didn’t produce a tidbit of inflation). 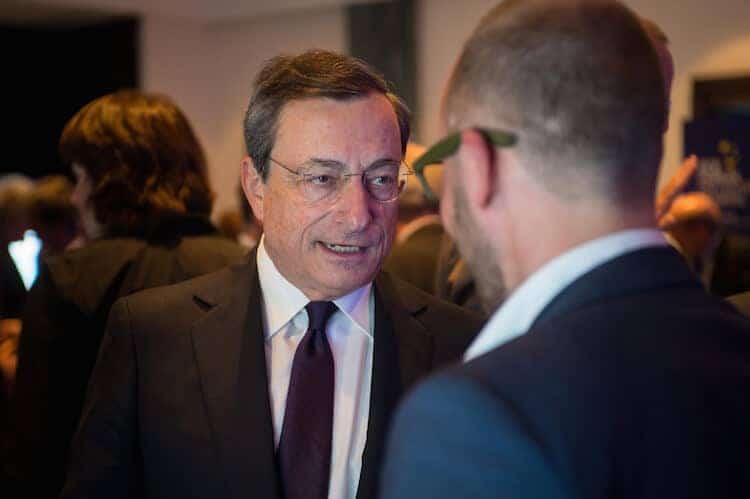 A better explanation for the prolonged stagnation in Europe puts at the center of the problem European fiscal policy aimed at reducing public debt. Although there is a growing literature on this, it is not immediately obvious why cutting public debt should harm growth and jobs. In the 1980s, when fiscal retrenchment became popular as a tool to reduce public borrowing, Josef Steindl explained the situation brilliantly. This, in a nutshell, is Steindl’s argument applied to the Eurozone:

1) In every monetary economy there is a demand for savings.

2) For every euro saved, there must be a euro of debt in the system.

4) The public purpose of government policy should be that of providing the economy with sufficient funding to make the volume of debt coherent with the demand for savings.

5) This policy tool does not yet exist in the Eurozone.

There was no inconsistency in Europe between savings and debt until 2006, as long as the desired savings of some matched the desired indebtedness of others. When private debt became unsustainable, however, an accounting counterpart of Europeans’ savings evaporated, domestic demand collapsed, and unemployment rose sharply. Initially (2008-2009), public debt automatically took the place of private debt. But, when government deficits exceeded official ceilings and full austerity began, a rising demand for savings and a falling demand for private and public indebtedness were forced to collide.

When people feel they cannot save enough while at the same time private and public debt is being cut, a recession and its consequent huge waste of human and material resources simply cannot be avoided.

In the savings trap view, imposing an across-the-board balanced budget policy is a sure recipe for gross inefficiency in the European economy. ECB actions are unlikely to succeed. Instead, what is dramatically missing today in the Eurozone is the function of public sector net spending.

These days, there are contradictory signals that the new European Commission may move to a more flexible fiscal compact, and 2014 may be the year of change. Creating an effective alternative to austerity, however, requires a well-thought-out plan. Introducing negotiated exceptions with specific countries would be a dangerous path. The releasing of fiscal restrictions would be inevitably limited and the effects, after being spread across the Eurozone, would be insignificant.

A much more effective way would be to devise politically feasible solutions open to the notion of net public spending for the Eurozone as a whole. An across-the-board 50 percent cut of VATs in the Eurozone funded by the issue of Eurobonds, or Union bonds, would quickly restore domestic demand and jobs. A plan of public infrastructure investment “in the interest of Europe” allocated pro-quota to all Euro members would have a similar impact. Other solutions are possible, but the key step forward is based on the recognition that Europe must fund private savings through net public spending and the fact that this is doable even without or before true political union.

Andrea Terzi is a Professor of Economics at Franklin University Switzerland and a Research Associate at the Levy Economics Institute. He also lectures at Catholic University Milan. He is co-author and co-editor of 'Euroland and the World Economy. Global Player or Global Drag?' New York: Palgrave MacMillan, 2007. His website is www.ateconomics.com.