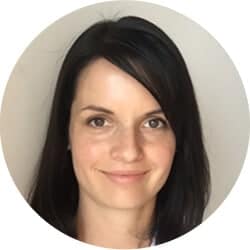 On 17 November in Gothenburg the Swedish Prime Minister Stefan Löfven reiterated the well-known position of many Scandinavian political actors in the European arena, namely that they would oppose any kind of European minimum wage legislation. I thought for many years that Scandinavians sooner or later would take the lead and bring us closer to a European Welfare State. It is dispiriting to see that they are so vocal about their historic and well-deserved societal achievements yet causing a headache at the European level.

It is quite clear that defining a European minimum wage as a concrete number in, let’s say, Euros is the least adequate way of addressing the problem. Even in the more integrated United States the nominal federal minimum wage as the lowest common denominator is equal to starvation wages in many states, especially in urbanised areas. But it’s also true that these states are able to define higher minimum wages for themselves. Following the same logic, the European Pillar of Social Rights clearly indicates that it “shall not prevent Member States or their social partners from establishing more ambitious social standards”.

It is a legitimate argument that the system of sectoral collective agreements as the main pillar of Nordic wages policy is a priority for Sweden. On the other hand, we could agree on moral principles and we could create the tools flexible enough to enforce them by well-crafted European legislation. We could agree, for example, that nobody in a full-time job should take home less than the minimum cost of buying necessary goods and services to have a decent standard of living. If we were able to agree on this principle we could make the next step and adopt EU legislation about a European Reference Budget calculation method. Beyond the costs of bare physical needs it should include those of social participation and broader well-being as well (e.g. access to culture). What’s more, in 2015 the European Commission supported a pilot project led by the University of Antwerp to explore the first steps towards a common theoretical and methodological framework. Once we have a common method we could make sure that regardless of national differences in wage agreement policies nobody receives money below his/her basic needs.

With urbanisation, the regional aspect is key as the UK example shows. The UK national minimum wage is £7.50/hour (less for younger people) which is below the real living wage (£8.75/h) calculated by the Living Wage Foundation based on real household costs. But in the Greater London area one should earn £10.20/h to be able to cover basic necessities. National minimum wage regulations often fail to mirror the increase in real living costs and people still work 8-12 hours (and longer) for ridiculously little money. It is also alarming that at risk of poverty has increased among those who were either employed or self-employed. Clearly, this figure does not show how many people earn less than a real living wage in Europe, but such data is not yet available. 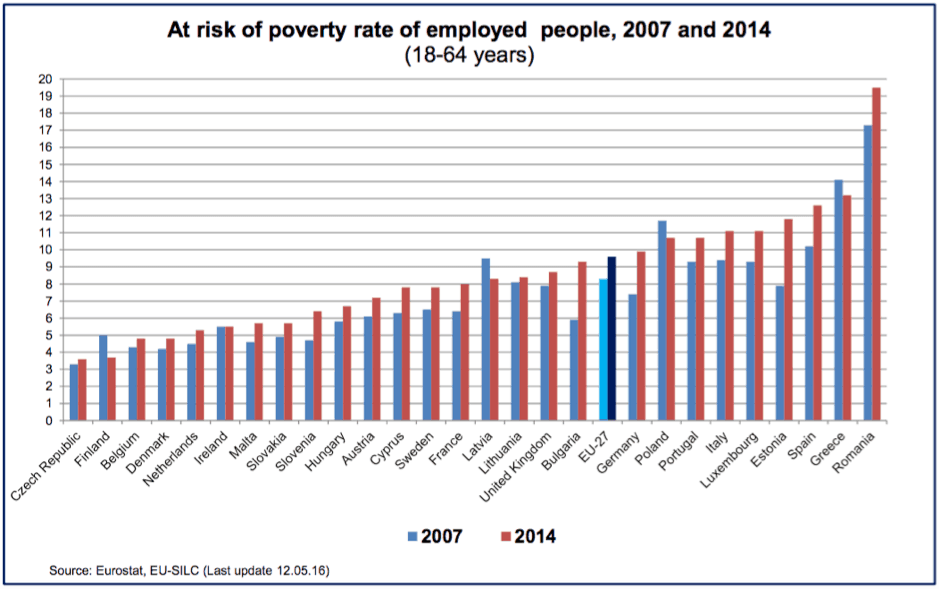 Nordic countries believe in sharing best practice and they grab every opportunity to explain the core elements of their social achievements from educational legislation to working conditions and social services. There is no doubt about the benefit of such lectures but their impact is virtually non-existent in the more conservative corners of Europe.

There is an understanding in Sweden that “Member States should not compete with each other in an unhealthy or unfair way, but boost each other towards fairer jobs and fair growth” since these were the exact words of the Swedish Prime Minister at the Social Summit. But this is exactly what happens and will continue to be business as usual until the EU sets adequate minimum standards in the most poisonous areas of competition, namely wages, but also income and social security. Scandinavians should be frontrunners in the effort to level the playing field where countries no longer have the chance to compete for jobs/corporate investment by offering lower wages and flexible working conditions but by boosting skills, creativity, and high added value occupations in the global market. So, dearest “best-in-class” Scandinavians, please take the European lead or stop bragging about your admirable accomplishments.

Katalin Csiba is a Policy Advisor in the European Parliament on employment and social affairs.