It will take more than sustainable-finance rules to summon the investment required for the socio-ecological transformation.

Devastating floods and exceptional heatwaves in Europe during past months underscore once more that action must be taken immediately if Europe is to deliver the 1.5C ceiling on temperature rise since preindustrial times sought in the Paris Agreement. Indeed, it emerges that the continent has been heating more than twice as rapidly as the rest of the world in the last three decades.

To achieve this goal, our economies need an overhaul requiring enormous investments in clean technologies. The European Commission estimates the financing needed between now and 2050 to be €28.4 trillion.

Such numbers can convey the impression that the socio-ecological transformation is unattainable. Yet the problem is not whether there is enough money. It is whether it is deployed in the right places.

Today’s financial system is not fit for purpose. And a reorientation by means of ‘sustainable finance’ rules, as currently pursued, does not address its fundamental flaws. What is missing is a radical reregulation of finance, which would shrink the parts detrimental to society and grow those that help transform the economy within planetary boundaries.

Redirecting trillions which have so far flowed into fossil-fuel-intensive sectors could cover four-fifths of the investment needed for a clean future in the European Union. The additional investment required would then amount to only about 1-1.5 per cent of the gross domestic product of EU member states. On its own, taxing high-wealth individuals could raise the funds for such public investment.

Many large companies could however cover the necessary climate-friendly investments from their profits. Finanzwende and Oxfam Germany jointly examined 30 large firms listed in the DAX index and showed that companies such as Daimler and Volkswagen would be able to meet the additional investment needs in this way. Yet in recent years more and more money has instead been distributed to shareholders as dividends.

This is explained by the prevailing orientation towards shareholders’ short-term profit. On top, the financial sector all too often directs capital into climate-damaging activities. Both courses impede socio-ecological change and course correction is a prerequisite for an economy which remains within the limits of the ecosphere.

The outdoor retailer Patagonia is a counter-example. The founder gave the company to a foundation dedicated to fighting the climate crisis, thereby avoiding a public listing. According to him, going public means ‘you have to maximize profits for the shareholder, and then you become one of these irresponsible companies’. The current financial system hinders the necessary shift of priority from profit maximisation to long-term sustainability.

All too often, the financial sector abandons its role as a productive service provider to the real economy, from which its growth has become largely decoupled. In the eurozone, its size has doubled in relation to economic output over the past 20 years.

The deregulation of financial markets in the 1970s fundamentally changed the relations between economic actors. As the sector became increasingly detached from commitment to particular productive enterprises, many companies anxiously watching the markets shifted focus towards share values—and so short-term profit—from long-term business success.

Against this background, the urgently needed investments in climate-friendly technologies often appear an economically high risk, especially those yielding little or no profit in the short term. Many large banks have even expanded their investments in fossil-fuel energy since the Paris Agreement, when we need reforms aligning finance with ecological constraints.

In many cases, finance siphons value from the real economy and society, undermining the possibilities of positive change. This leads not only to further perverse redistribution—from bottom to top—but also to the misallocation of urgently needed resources and infrastructure.

Take private equity, which has been growing vertiginously. Last year, its worldwide activities totalled around $2.1 trillion.

Private-equity funds are increasingly buying into areas of general interest such as care homes, whose importance will only grow in ageing societies. They pool money from third parties, such as pension funds or wealthy individuals, and invest it in companies with the promise of high returns. To deliver on these promises, they radically cut costs, often causing a deterioration in the conditions the companies offer users and workers.

Finance at the service of society would support businesses in making future-proof investments. Yet many transactions take place exclusively within the sector and represent a burden for less specialised market participants.

Consider high-frequency trading, where securities may be exchanged for milliseconds. From a collective perspective, this is useless. A few profit from the higher prices paid by everyone else. If it were banned, all ordinary market participants would benefit.

Even if one looks at the balance sheets of eurozone banks, more than 70 per cent of their activities are not related to lending to households or enterprises, although this ought to be their main role. And with interest rates rising again, a further financial crisis threatens.

After the 2008 crash, tough regulation was prevented to a large extent by the finance lobby. Single banks remain ‘too big to fail’. They continue to take on excessive risk, ultimately presuming governments will rescue them once again.

Private equity has created enormous amounts of debt, which could pose a problem at higher interest rates. The shadow banking sector, including asset managers and pension funds, has also piled up huge risks—its share of global financial assets rising from 20 per cent in 2002 to 48 per cent in 2020—while hardly being regulated.

Previous financial crises have shown that, ultimately, the effects are not limited to the financial sphere but spill over into the real economy, destroying jobs and livelihoods. The sector’s destabilising nature is another reason for tough regulation that would make high-risk activities unprofitable and so contribute to an overall shrinking of finance.

Such reform must not be limited to a ‘greening’ of the sector. Instead, it should reduce it and refocus it on serving the needs of businesses and citizens. This would also help curb the upward redistribution with which it has been associated and make the sector more resilient.

Only in this way can finance become a driving force for the long-overdue socio-ecological transformation—rather than being a constant source of crisis itself. 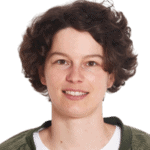 Magdalena Senn is an economist specialising in macroeconomics and political economy. She works as a policy expert at Finanzwende on sustainable financial markets, focusing on how financial markets can support the transformation to a future-proof economy. 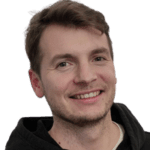 Jorim Gerrard works as a policy expert on financial stability for Finanzwende. An economist specialising in macroeconomics and macro-finance, he is focused on how financial markets can overcome their inherent flaws and serve society better.