Esther Lynch was elected as a deputy general secretary of the ETUC at its Vienna Congress in 2019, having previously been a confederal secretary. She has extensive experience of the trade union movement both in Ireland and at European and international level. Before joining the ETUC, she was the legislation and social affairs officer of the Irish Congress of Trade Unions (ICTU).

Ensuring a high wage floor in the EU is not just the right thing to do to lift the low paid but is integral to recovery from the pandemic.

The welfare state sought to protect workers from labour-market risks. After Covid-19, reduced working time and greater autonomy must be on the agenda.

A framework agreement between the social partners should ensure job security and worker involvement are prioritised across the European Union.

On International Day for the Elimination of Violence against Women, over 50 female union leaders urge stronger action by the incoming European Commission.

The good news is that employment in the EU is at a record high. The bad news is that so much of it is insecure work—and a directive currently in train needs to be tough enough to fix that. Europe has a growing crisis of insecure work. Just before Christmas, the European Commission triumphantly announced that […] 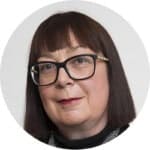 The European Commission continues to talk about robust recovery, but with wages falling or stagnating, many people in Europe are worse off than they were a decade ago. The European Foundation for the Improvement of Living and Working Conditions has recently reported that more than half the population in 11 EU Member States has difficulty […]

Why, in 2016, has the European Trade Union Confederation found it necessary to start ringing alarm bells in defence of basic trade union rights in the EU? The Universal Declaration of Human Rights, agreed in 1948 as a reaction to the horrors of the Second World War, states: “Everyone has the right to form and […]