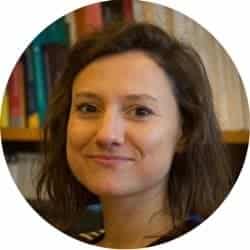 The death of 129 people in the Paris terrorist attacks of November 2015 triggered a discreet mea culpa from the 28 European Ministers of Justice and Home Affairs. They acknowledged that decisions had already been taken in May 2015 to strengthen controls on specific categories of European citizens, especially those returning into the EU from certain third countries. But these measures had not been implemented by national governments. In the same vein, ministers recognised that the sharing of information to fight terrorism was more the exception than the rule. The French interior minister, Bernard Cazeneuve, then claimed: “We are now in the phase of implementing Schengen”. Good!

Putting An End To Collective Irresponsibility

The different systemic crises the EU has been facing over the past five years (destabilisation of the Eurozone, refugee crisis, terrorist attacks) have exposed the exorbitant cost of negative integration. This means a mode of economic and territorial integration that has focused on opening up national spaces and supressing national rules without balancing this movement by establishing sufficient capacity at the European level. After experiencing several decades of peace and prosperity, Europeans have been carefree enough to maintain the illusion of national sovereignty and not draw the consequences of far-reaching regional integration.

The cost of this mistake is not merely an intellectual issue, it is neither theoretical nor simply economic: it is first and foremost a human cost. An entire generation of young Greeks, not to say young Europeans, is being sacrificed for the sake of a Monetary Union without sufficient financial and fiscal solidarity and with regulation of financial markets and banks still too weak. Heads of state and government have started to discuss a truly common asylum policy only because thousands of migrants have died in the Mediterranean and Syrian families have flowed onto the roads of Europe. And the basic rules for securing the Schengen area are starting to be implemented only because 129 people died in Paris. Of course, each of these problems has its own internal logic. But it is possible to consider them more broadly in order to understand the shortcomings of EU integration and maybe start to envisage solutions.

Freedom Does Not Mean Laisser-aller

With the ‘four freedoms’ enshrined in the 1957 Treaty of Rome – free circulation of goods, persons, capital and services – the philosophical roots as well as the operational functioning of the EU has been undeniably inspired by liberalism, both political and economic. The idea that political and social integration would follow on from economic integration coexisted for a long time with the liberal project. Yet, as the neoliberal turn took over globally, an amputated vision of European integration, solely focused on negative integration, has increasingly prevailed in the EU. Harmonization gave way to mutual recognition, the will to elaborate common rules in social policy disappeared in favour of a strategy based on competition between diverse levels of wealth and rights. The removal of internal borders was not accompanied by the creation of the necessary legal and operational instruments to create and protect external borders, etc.

This echoes the distinction between negative freedom, that is the liberty to do something, and positive freedom, or the capacity to do something. This argument, though, should not serve the cause of excessive securitization at the expense of human rights. Rather, the point is that the deconstruction of certain capacities of the nation states involved with EU integration must be accompanied by a reconstruction of such capacities at the supranational level. The ways in which this should be done and the desirable balance in the distribution of competences should then be at the centre of public debate.

Of course, another option consists in rejecting European integration and advocating a return to national solutions and policies. Under the pressure of nationalist forces, some national governments and peoples have taken this course as they have effectively killed off the Schengen area. A majority of Danes voted ‘no’ to opt into common European Justice and Home Affairs rules in this field a few weeks ago.

However, there is no clear-cut evidence that a majority within both European elites and peoples wishes simply to revert to national solutions. This was shown by the Greek referendum on the Eurozone, and it remains to be seen whether a majority will back #Brexit from the EU. Legitimate voices against the post-democratic EU are becoming louder. Yet, in a globalised world where peace and prosperity can no longer be taken for granted, there is still a widely shared feeling among Europeans that there would be more to lose from EU disintegration. But for how long will that be?

The causes of inertia and obstacles to positive integration are well known: conflicts of interest and values among the member states, contrasted traditions and routines in the implementation of public policy, ideological bias within EU institutions. Yet, collective action problems can be overcome. In the face of crises, it is often the choice of more Europe which is made. At the same time, this brings about an increasing polarisation within our societies. Is a new type of far right about to become a majority force across Europe? Would this mean the end of the EU? These questions remain open.

For now, the problem we are facing is the discrepancy between the short run dimension of crisis management and the long run dimension of democratic deliberation. This is evident both at the national as well as European level. We have been witnessing the continuous strengthening of executives at the expense of parliaments and civil society over the past five years.

EMU reform generated a debate between contrasted visions, although it was very asymmetric and eventually led to more orthodoxy. Today, European governments are pursuing a policy of over-securitisation with restrictions on public liberties, the criminalisation of refugees, the ‘constitutionalisation’ of the state of emergency (in France), the erection of barbed wire barriers even between EU member states, etc. It would be very dangerous if the widespread fear among European citizens were instrumentally used to preclude from the outset any form of democratic debate over the root causes of terrorism and the responses needed to fight it.