Three decades after the fall of the Wall, there is still a ‘wall in the head’ in German politics—and it goes through the party of the far right.

The rise of the Alternative für Deutschland (AfD) has been an electoral success story so far. Quickly after it was founded it 2013, it entered several state parliaments and the European Parliament. While it narrowly missed gaining seats in the Bundestag in 2013, it received 12.7 per cent of the votes in the general election of 2017, making it the first far-right party in the federal parliament in decades.

Yet, the story of the AfD is also one of significant regional differences. Ever since the party first participated in elections, it has proved much more popular in the eastern Länder of the former German Democratic Republic. Polls for the state elections in autumn 2019 in Brandenburg, Thuringia and Saxony show that it may even become the biggest party there, repeating victories from the European elections earlier this year. 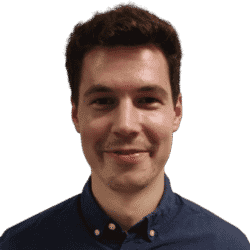 Initially viewed as conservative or Eurosceptic, the AfD’s shift towards the populist radical right has only recently become more obvious and well-documented. This is partly because it was treated as a unitary actor across Germany, neglecting the splits within it from its outset. Although it gained the image of being a ‘professors’ party’ in its initial stage, particularly due to its co-founder Bernd Lucke, this does not describe the full picture.

In east Germany, the AfD was joined early on by those who would later be responsible for moving it on to a right-wing track. Frauke Petry first and later Björn Höcke and André Poggenburg became heavyweights within the party due to their electoral successes in the east. The current leader, Alexander Gauland—also from the east—was the more radical and national-conservative counterpart to Lucke and has followed the party through its radicalisation. In addition, the rank-and-file in eastern Germany has been infiltrated by previous members of extreme-right parties and groups.

Ideological splits have been common in the party but they became particularly obvious with the ‘Erfurt resolution’ of 2015. This document was signed predominantly by east-German AfD politicians (Erfurt is the capital of Thuringia) and describes the region as ‘disappointed’ with the party’s lack of commitment to a fundamental political transformation.

Instead of establishing the AfD as a potential coalition partner for the Christian democrats, its extreme-right Flügel’ (wing) has expressed support for fundamental opposition in parliaments and often joined neo-Nazis and hooligans in efforts to mobilise protests and express anger on the streets. The positions of the Flügel have become increasingly openly racist and anti-Semitic. The rhetoric often resembles that of the Nazi era, with Höcke’s remarks on the Holocaust memorial in Berlin in 2017 only one example.

Taking on a more extreme-right stance in eastern Germany is by no means a one-directional choice, however. Nearly 30 years after reunification, east Germans are still critical of their residual lower status. Turning into the ‘east German voice’ has thus proved a successful strategy for the AfD.

The annual study on authoritarian attitudes across Germany by Decker and Brähler illustrates this ‘demand side’. They find significant differences between east and west Germany regarding support for right-wing, authoritarian dictatorship, xenophobia and social Darwinism—all more widely supported in the east. In particular, the proportion of respondents agreeing to statements such as ‘Germany is overrun by immigrants to a dangerous extent’ is consistently higher in the former GDR.

Therefore, while trying to conceal or resist extremist tendencies in the west is necessary, in eastern Germany it may actually be a fruitful strategy to capitalise on resentments already widespread among the population. In the east the AfD has built up a somewhat loyal party base, allowing it to move past the status of a protest vote and become a contender in the upcoming state elections.

Recent episodes in the far-right party family—from as far afield as Austria (the Freedom Party), France (the National Rally) and the United Kingdom (the UK Independence Party)—have manifested such intra-party conflicts between ‘moderates’ and ‘extremists’. These serve as an important reminder that its main obstacle to electoral success is often internal disputes over ideology, rather than the stances and strategies of ‘mainstream’ centre-left and centre-right parties.

As for the AfD, internal party conflicts are likely to intensify in the future. But the extreme-right wing in eastern Germany will likely strengthen its power base through further electoral victories.

James F Downes is a lecturer in comparative politics at the Chinese University of Hong Kong. He is a senior research fellow at The Centre for Analysis of the Radical Right (CARR) and an associate fellow at the Center for Research and Social Progress (Italy). Felix Wiebrecht is a PhD student in the Department of Government and Public Administration at the Chinese University of Hong Kong.