The Spanish government’s budget proposals show some break with the austerity of its conservative predecessor. But there is still an excessive commitment to the orthodoxy of rapid fiscal consolidation. 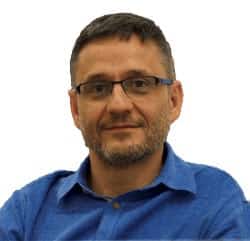 Macroeconomic analysis teaches us that certain decisions which seem reasonable for an individual may have opposite results when all individuals act in a similar way—or when the agent taking the decision is the government. One of these is the ‘paradox of debt’: in economic policy, any attempt to reduce the ratio of debt to gross domestic product (debt/GDP) by freezing or cutting public expenditure may actually end up increasing the weight of debt.

This is much more than a theoretical oddity—it has happened recently in Spain, and may well happen again, if we follow the recent recommendations made by institutions such as the European Commission, the International Monetary Fund or the Bank of Spain. 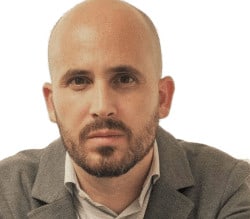 Changes in the debt/GDP ratio are the result of two different effects. The first is directly related to the government’s fiscal policy: with a primary budget deficit, the government has to issue new bonds (at least if the central bank cannot lend to governments directly), while debt decreases with a primary surplus.

The second is the ‘snowball effect’: on the one hand, the government has to pay the interest on current debt, which implies higher expenditure and fresh debt; on the other hand, if the economy is growing, these payments will represent a decreasing percentage of GDP. The snowball effect thus tends to reduce the weight of public debt when the growth rate is higher than the interest rate, and vice versa.

If the government’s objective is a decrease in the debt/GDP ratio, limiting public expenditure to obtain primary surpluses ‘seems’ a sensible recommendation. But this only holds true if fiscal-policy decisions do not affect the growth rate or if this effect (the fiscal multiplier) is small. If this is not the case, and fiscal policy does have an impact on economic activity, the losses derived from the stricter fiscal policy (reduced economic growth and a negative snowball effect) may offset what the government derives from the primary surplus (less new debt issued).

Indeed, the latter is the most likely outcome. The condition under which the ‘debt paradox’ occurs has been defined: in the Spanish case, this would arise with a fiscal multiplier above 0.7, and the empirical evidence shows that its value is much higher.

The negative consequences of the austerity policies applied in Europe to deal with the increase in public deficits and debt arising from the Great Recession should alert us to the strong risk of commiting the same error. They not only plunged us into a ‘lost decade’ but also showed very poor results in terms of reducing public debt. An investigation by two authors, including a former US treasury secretary, leaves no doubt: ‘Attempts to reduce debt via fiscal consolidation have very likely resulted in a higher debt to GDP ratio through their long-term negative impact on output.’

Nevertheless, the European Commission still recommends fiscal consolidation and public expenditure constraints in the coming years in Spain, citing two main arguments. First, although its own forecast is that the debt/GDP ratio will decrease, it thinks that it will do so at too slow a pace. Brussels is afraid of the Spanish economy’s vulnerability to possible interest-rate hikes (via a rapid withdrawal of monetary stimulus by the European Central Bank) and it encourages speedier debt reduction. The problem is that the likely outcome would be exactly the opposite: less growth and, consequently, a higher debt/GDP ratio. This approach is especially dysfunctional because most institutions foresee growth deceleration in Spain, with the unemployment rate stabilised at around 12-13 per cent, clearly above its pre-crisis level. Such an ‘austerian obsession’ would do nothing other than aggravate the slowdown.

Secondly, the commission argues that almost all of the current deficit in Spain is ‘structural’, not cyclical. But any economist with minimum critical sense knows that estimates of a ‘structural deficit’ are methodologically questionable—using them as the only marker for fiscal-policy decisions is more than risky. Indeed, the statement that the Spanish deficit is mainly ‘structural’ implies that the economy has reached its potential GDP and that, as a result, the supply side is currently the main constraint on growth (with 15 per cent unemployment!). This cannot be justified in economic terms and highlights the lack of practical usefulness of such ‘structural deficit’ estimates.

We must abandon the idea of running large and persistent primary surpluses and redirect fiscal policy towards different objectives: sustain economic growth while unemployment is so high, reverse cutbacks in basic public services and develop a public-investment programme to foster a real change in Spain’s productive structure. If fiscal policy is geared towards making a positive contribution to economic growth, these objectives are fully compatible with securing a reduction in the debt/GDP ratio.

The Spanish government has published its draft budgetary plan for 2019. Broadly speaking, it reflects the main lines of the political agreement between it and Podemos, which heralds an opportunity to pave the way towards a new fiscal agenda. If fully implemented, it could reverse some of the austerity policies introduced over the last decade, thanks to the additional revenue from the proposed tax reforms.

Nevertheless, its scope may be partially restricted by a straitjacket from which the government does not wish to be freed: its plan persists in mistakenly maintaining the policy of fast deficit reduction over the coming years, stemming from its obsession with achieving a German-style budget equilibrium. For too long, debates on fiscal policy in Europe—including in Spain—have mostly been confined to this almost bureaucratic consideration: obeying rules and very little else. It is time to open up a more far-reaching debate, centred on democratic discussion of the best economic-policy options.