The arrival in 2015 of well over a million refugees, largely from the middle east and north Africa, shook the European Union again to its foundations. Old demons of nationalism and xenophobia re-emerged, populist anti-European parties gained strength and insistence on ‘national sovereignty’ blocked solutions compatible with European principles and human dignity.

Many Europeans still seem to fear that acccepting migration must mean that native populations will lose out, because public resources are diverted to immigrants. Even more importantly, they fear that immigrants will take away ‘their’ jobs or make it harder for unemployed persons to find work.

According to a special edition of Eurobarometer in 2018, the majority of EU citizens have negative feelings about immigration, especially from non-EU countries: 38 per cent think that immigration from outside the EU is more a problem than an opportunity. As for the labour market, almost four in ten respondents concur with the claim that immigrants take jobs away from indigenous workers.

We assessed the effects of immigration on unemployment in the short and long run, investigating the pre-enlargement sample of 15 EU countries, divided into core and periphery, from 1997 to 2016. We attempted to answer these questions: does immigration have a different impact on unemployment in the core and peripheral countries, is this effect related to labour-market characteristics and is there any difference between the short and long term?

In our econometric model we estimated unemployment as a function of gross domestic product and immigration inflows. In the short run, whether positions held by natives and immigrants were complementary or, on the other hand, the latter could substitute for the former, would play a key role. In general, high substitutability would cause immigration to increase unemployment temporarily but the outcome would depend on the degree of flexibility of labour markets.

We accounted for the role of labour-market flexibility by introducing the inactivity rate obtained from Eurostat data and an employment-protection index (EPI) derived from national data on employment-protection indicators collated by the Organisation for Economic Co-operation and Development—both interacted with immigration inflows. A country-specific impact of these inflows on unemployment was then calculated.

The long-run effect of immigration on unemployment was anticipated to be related not only to complementarity versus substitutability. Divergences in task specialisation and, in cases of high task overlap, the incentive for native workers to reallocate their task supply also came into play.

In the long run, we found that immigration reduced unemployment in all peripheral EU countries studied. Migrant workers were complementing native workers and mitigating the negative consequences of ageing populations and skills mismatches. Immigration is thus crucial to improve the long-run growth prospects of these countries.

In the core countries, overall there was no long-run impact of immigration on unemployment, due to substantial heterogeneity within the sample. Country-specific estimates however provided evidence that immigration might have reduced unemployment in France, Germany and the United Kingdom.

Even in the short run, for the EU-15 as a whole we found confirmation that immigration reduced unemployment. The magnitude of the effect depended, though, on the characteristics of domestic labour markets, being constrained where employment protection was high and activity low.

The chart below plots the country-specific coefficients and their 95 per cent confidence intervals, calculated by applying the average of the two indicators (EPI and inactivity rates) for each country. The larger unemployment-reducing effects were in the three Scandinavian countries, the UK and Ireland, whereas Greece, Italy and Portugal showed the lowest impacts. For most countries, the result was mainly driven by the inactivity rate but for the UK and Portugal the EPI had a substantial effect.

A core-periphery dualism is less evident than a division into three country groups. In the Scandinavian and Anglo-Saxon countries, the short-run effect of immigration on unemployment is largely positive (ie reducing it), due to high activity rates in the former and low employment protection in the latter. The group of three worst-performing peripheral countries, Italy, Greece and Portugal, belong to the southern-European welfare system and show small or insignificant impacts. The remaining countries, including Spain and the old continental countries, betray positive but moderate impacts.

Our results show that, during a period ending with the year (2016) of the ‘Brexit’ referendum, in the UK immigration was beneficial in reducing unemployment. The anti-immigration argument which fuelled the Brexit campaign seems accordingly unjustified.

Even in Italy anti-immigration claims are not sustained in a long-run perspective. The adjustment costs which have curtailed the potential for immigration to reduce unemployment have been driven by the labour-market weaknesses of high inactivity and relative rigidity. Both features place a burden on the growth prospects of the country—independently of the role of immigration—and policy efforts should be directed towards increasing its competitiveness.

Anti-immigration sentiment could be countered with labour-market policies tailored to the more disadvantaged group in peripheral countries of young individuals experiencing high unemployment rates. These policies could be more effective if we could achieve co-ordination at European level. 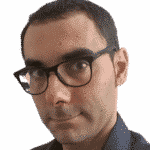 Piero Esposito is an assistant professor at the University of Cassino and Southern Lazio and adjunct professor at the LUISS School of European Political Economy in Rome. His research focuses on European economic integration, competitiveness, international trade and applied econometrics. 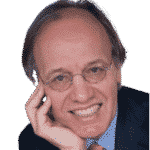 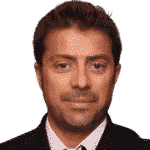 Sergio Scicchitano is senior researcher at the National Institute for Public Policies Analysis (INAPP) in Rome (views expressed here do not necessarily reflect those of INAPP) and a research fellow at the Global Labor Organization. He received this year's Kuznets Prize.