The EIB must resist pressure to finance liquefied-natural-gas projects and champion zero-carbon public transport instead.

The Russian invasion of Ukraine has turned European energy policy on its head. European governments previously reluctant to wean themselves off their addiction to Russian gas are now being called on to stop their money funding the Kremlin’s illegal war of aggression, which has forced over six million people to flee the country.

Yet rather than seeing the funding of such an authoritarian despot as another reason urgently to divest from fossil fuels and invest in renewables, too many European countries are setting fire to their climate commitments instead.

A recent report by Global Energy Monitor revealed a Europe-wide rush to build 14 new or previously blocked liquified-natural-gas (LNG) infrastructure projects since Russia invaded Ukraine. If approved, these projects would be a €5.9 billion series of white elephants sabotaging the EU’s plans drastically to reduce gas usage by 2030. They would also not solve the problem, which is more about the tightness of the global gas market than a shortage of EU import capacity.

The European countries and corporations looking to build this useless infrastructure are also looking for ways to pay for it. One of their targets is the European Investment Bank (EIB).

In 2019, the EIB decided to divest from most fossil fuels and two years later its president, Werner Hoyer, declared that ‘gas is over’. Unfortunately, the devil was in the detail.

While the EIB has divested from LNG investments which it considers ‘energy’ projects, LNG transport infrastructure has been treated much more leniently. The bank has thus banned investments in gas pipelines yet still finances LNG-powered vessels and the large ships—’floating storage regasification units’ (FSRUs)—used to regasify and transfer LNG onshore. Moreover, the prohibition on LNG infrastructure was delayed until this year, allowing the bank to still sign off on a €150 million loan for an LNG terminal in Cyprus.

Between 2016 and 2020, the EIB invested almost €20 billion in polluting, high-carbon transport, including LNG. Now, however, it has a historic opportunity to resolve the contradictions in its approach to gas and become a global climate leader.

In the next few weeks, the bank will change the criteria defining the type of transport projects it will and will not finance—the first revision of its transport policy since 2011. It comes at a crucial moment, when the EIB is transforming itself from the ‘EU bank’ into the ‘EU climate bank’ and is supposed to play a pivotal role in financing the European Green Deal.

EIB financing for all LNG infrastructure—including FSRUs and LNG-fuelled vessels—has to end. Instead, the bank can use its sector-shaping investment power to drive a surge in electric, zero-emissions public transport across Europe—from electric trams and buses in cities to more night-train services rivalling short-haul air travel.

Such a shift would have a ripple effect beyond Europe’s transport sector. Combined with increased investment in cycling and walking infrastructure, a complete moratorium on high-carbon transport investments would help Europe wean itself off the fossil-fuel addiction which has left it dependent on authoritarian regimes for energy.

The alternative to divestment is terrifying to contemplate. An ill-advised splurge on unneeded LNG infrastructure could trap Europe into burning fossil gas for decades as investors wait to make returns on their investments.

Europe, and the entire planet, cannot afford this. The latest report from the Intergovernmental Panel on Climate Change stated that it is ‘now or never’ in terms of acting to prevent catastrophic global temperature rises and that greenhouse-gas emissions must peak by 2025 at the latest.

This puts the EIB at a crossroads. Either it sticks to its commitments on climate by ending all investments in transport detrimental to them or it abandons its pretensions to climate leadership by caving in to pressure from EU governments. The latter option would send a disastrous signal about the fate of the European Green Deal.

By putting the planet first, the EIB can help steer Europe away from climate catastrophe and towards a transport system which respects planetary boundaries. To be the climate leader Europe needs, it must make gas truly over—for good. 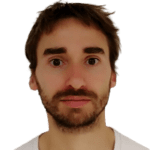 Xavier Sol is director of Counter Balance, a non-profit organisation which works to make European public finance support the creation of socially and environmentally sustainable and equitable societies, within Europe and beyond.