Because the internet is a network of networks, its governing structures should be too. The world needs a digital co-governance order that engages public, civic and private leaders. 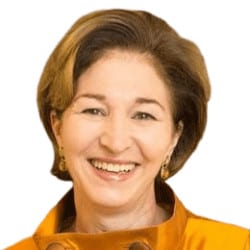 Governments built the current systems and institutions of international cooperation to address 19th- and 20th-century problems. But in today’s complex and fast-paced digital world, these structures cannot operate at ‘internet speed’.

Recognising this, the United Nations secretary-general, António Guterres, last year assembled a high-level panel—co-chaired by Melinda Gates and the Alibaba co-founder Jack Ma—to propose ways to strengthen digital governance and cooperation. (Fadi Chehadé, co-author of this article, is also a member.) It is hoped that the panel’s final report, expected in June, will represent a significant step forward in managing the potential and risks of digital technologies.

The issue is rapidly rising to the top of the global agenda. At this year’s annual meeting of the World Economic Forum in Davos, the leaders of Japan, South Africa, China, and Germany called for global oversight of the technology sector, while acknowledging the difficulty of designing a workable governance system.

Some business leaders also accept the need for digital rules and conventions. The Microsoft president, Brad Smith, has called for a ‘Digital Geneva Convention’ to protect citizens from peacetime cyberattacks, while the Apple CEO, Tim Cook, argues that the United States needs its own version of the European Union’s General Data Protection Regulation regarding personal data. Both recognise that a continued lack of norms will hit business growth and further erode trust in their companies’ stewardship of the digital world.

Because the internet is a network of networks, its governing structures should be, too. Whereas we once imagined that a single institution could govern global security or the international monetary system, that is not practical in the digital world. No group of governments, and certainly no single government acting alone, can perform this task.

Instead, we need a digital co-governance order that engages public, civic and private leaders on the basis of three principles of participation.

First, governments must govern alongside the private and civic sectors in a more collaborative, dynamic and agile way. Secondly, customers and users of digital technologies and platforms must learn how to embrace their responsibilities and assert their rights. Thirdly, businesses must fulfil their responsibilities to all of their stakeholders, not just shareholders.

In the digital order we envisage, representatives of governments, businesses and civil society would form peer-to-peer, self-governing horizontal networks. A central hub would activate these groups to address specific digital issues—such as the use of facial-recognition data, the sharing of patients’ health records with insurance providers and hidden advertising aimed at children—and ensure that relevant experts are included.

Participants in these networks would co-design digital norms, or actionable rules and implementation guidelines that give companies and citizens clear incentives to co-operate responsibly in the digital world. These co-designers should produce the best possible solutions at internet speed, and make them available for anyone to adopt voluntarily.

In some cases, national or international authorities may adopt new laws and regulations to ensure that digital norms are implemented and enforced. But such ‘top-down’ actions should be only a last resort and would ideally use the co-designed digital norms as blueprints.

The central hub or clearing house would loosely coordinate the networks and ensure that the entire co-governance order operates according to principles of openness, inclusivity, subsidiarity, resiliency and innovation. Furthermore, the hub would serve as an exchange for different networks’ digital norms, thereby encouraging their spread and adoption. This would also help to increase cohesion and limit unnecessary duplication.

In time, the hub might actively help governments, businesses and user groups, as well as other relevant national and international organizations, to participate in the design—and, crucially, the adoption—of digital norms. But it would push resources and power to the participants rather than acting as a top-down authority.

Horizontal networks are a practical design for governing the digital world. At the same time, they draw heavily on the successes (and failures) of existing networks of national regulators, such as the Basel Committee on Banking Supervision, the Financial Stability Board and the Internet Corporation for Assigned Names and Numbers (ICANN). Instead of spending another year debating the perfect digital governance system, it would be wiser to start with a functional and proven approach and adapt along the way.

The world urgently needs a workable digital governance system that serves the common good. If public, private and civic leaders do not act soon, we risk economic decline, faster weaponisation of digital technologies and further erosion of trust and security. The consequences of this failure would extend well beyond the digital world.

Anne-Marie Slaughter, a former director of policy planning in the US State Department (2009-2011), is president and CEO of the think tank New America, professor emerita of politics and international affairs at Princeton University and the author of Unfinished Business: Women Men Work Family. Fadi Chehadé, a former president and CEO of ICANN (2012-2016), is a member of the UN secretary-general’s High-Level Panel on Digital Co-operation and an advisory board member of the World Economic Forum’s Center for the Fourth Industrial Revolution.