COP27 in Sharm El Sheikh is now open but the European Union does not seem to have the will to achieve serious goals.

In 2021, the high representative of the European Union for foreign affairs and security policy, Josep Borrell, and the president of the European Investment Bank, Werner Hoyer, presented the European Green Deal in these terms:

The European Union has been a global leader on this issue for decades … [Now] the EU has launched the world’s greenest stimulus plan … To be truly effective, however, Europe must complement these internal efforts with proactive foreign policy. In a world where the EU accounts for less than 8% of global emissions our climate efforts cannot be limited to our continent.

Yet the European Commission’s proposal for COP27 is simply that it will modestly improve its existing ‘fit for 55’ package of climate commitments. Anna Hubáčková, the Czech environment minister (the presidency of the Council of the EU being currently in Czech hands), said:

The EU has always been at the forefront of climate action and we will continue to lead by example. Protecting our planet for future generations requires a strong common global action.

But since the European Union produces only 8 per cent of the world’s greenhouse gases, it is unlikely that it will save the planet—even Europeans—in this way. The ‘lead by example’ approach is a beginning, not an end. International politics is insensitive to good intentions—and, on climate, no plan exists to make the EU a global power.

Of course, Russia’s armed invasion of Ukraine has upset the political calendar. The attention of public opinion and governments is turned to the tragedy of war. Every day we see human massacres and hear verbal escalations—even the threat of nuclear war. European politics today is focused on the consequences of Russian blackmail on energy, inflation and the costs of war.

A race for military rearmament is under way among the great powers. Moreover, there is a parallel race for the deployment of new technologies, such as artificial intelligence, for military as well as civil purposes. Although there are no precise data, a ballpark estimate would be that 3 per cent of global gross domestic product is being invested to win the race for world supremacy. Wouldn’t it be wiser to dedicate these resources to financing environmental policies? Which world does humanity intend to entrust to future generations?

The United States president, Joe Biden, defends a foreign policy that presses western democracies up against authoritarian regimes, fuelling suspicion of a neo-imperial approach rather than embrace of universal norms. At the recent congress of the Chinese Communist Party, its leader, Xi Jinping, threatened to use Russian methods towards Taiwan to round off China’s borders. This race to collective suicide must be stopped.

International tensions might seem to vitiate the ambitious project of a ‘global Green Deal’ (GGD). Yet such an initiative could ease the friction among the powers. Dialogue among civilisations is possible and necessary.

The executive director of the United Nations Environmental Programme, Inger Andersen, introducing UNEP’s Emissions Gap Report 2022, said it showed how ‘nations procrastinate’. She went on to set out the global challenge:

Since COP26 in Glasgow in 2021, new and updated nationally determined contributions (NDCs) have barely impacted the temperatures we can expect to see at the end of this century. This year’s report tells us that unconditional NDCs point to a 2.6°C increase in temperatures by 2100, far beyond the goals of the Paris Agreement. Existing policies point to a 2.8°C increase, highlighting a gap between national commitments and the efforts to enact those commitments … To get on track to limiting global warming to 1.5°C, we would need to cut 45 per cent off current greenhouse gas emissions by 2030.

The EU can and must take the first step. Yes, it does not have the defence and foreign policy of a great power. But it can play the card of a Global Green Deal, involving all countries of the world, large and small. Climate change is a challenge that unites people against a common danger. At COP26, a ‘US-China Joint Glasgow Declaration on Enhancing Climate Action in the 2020s’ was agreed—so peaceful international co-operation is not impossible, just difficult.

It is up to the commission to come up with a proposal for a GGD. But just to sketch layers of it, again in colour, it should first set out how brown will go green—the replacement of fossil fuels by renewable energies worldwide for industrial production and to meet vital needs. This entails radical transformation of all economic sectors and will require a huge effort on the part of businesses and households.

Next comes blue: the fight against climate change includes defence of the marine ecosystem. In his A Blue New Deal Chris Armstrong advocates ‘a new ocean politics’, since the institutions and laws that govern the ocean are ‘too fragmented, too weak and too amenable to powerful vested interests’. He wants to see ‘80 per cent of the world’s ocean strongly protected from human interference, and allowed to recover its ecological richness’.

The third level is light-blue—a policy for the cleaning of space and regulation of its exploitation by governments and companies. Kylie Hammack observes that debris accounts for 95 per cent of the objects detected in the space environment and that miscalculation is a growing threat to the security of space, with many satellites ‘used for both military and civilian purposes’.

These proposals must be completed by addressing their implications for global governance. The problem exists because the United Nations is in deep crisis, as Branko Milanovic points out. The governance of a GGD should include not only guidance on raising the financial resources required but also rules to make UN policies effective.

Many scholars and ecologists have long argued for an ‘Earth constitution’. Unlike existing constitutions—pacts between rulers and ruled—this would be a pact between humanity and nature. Since the Stone Age man has plundered the environment and this behaviour—indeed highly magnified—is repeated today. That is why a constitution is necessary.

The European Parliament has supported, alongside many ecological movements, extension of the competences of the International Criminal Court to the ‘crime of ecocide’. The UN General Assembly has already approved a Global Pact for the Environment, in which, in addition to indicating necessary reforms, it proposes the creation of an international environmental law. So an Earth constitution could be quickly prepared and adopted.

This article is part of a series, ‘Beyond the cost-of-living crisis: addressing Europe’s lack of strategic autonomy’, supported by the macroeconomic institute, IMK, of the Hans Böckler Stiftung 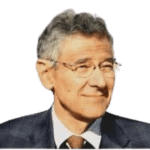 Guido Montani is professor of international political economy at the University of Pavia. He is a former president of the European Federalist Movement in Italy. His latest book is Antropocene, nazionalismo e cosmopolitismo: Prospettive per i cittadini del mondo (Mimesis, 2022).