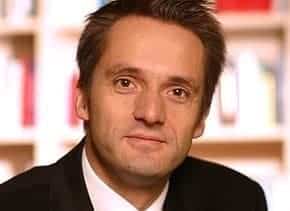 For most of its history, the Federal Republic of Germany proved to be a blank space on the map of European right-wing populism. The rise of the euro(pe)sceptic Alternative for Germany (AfD) could change this. Having come up just short of crossing the five percent threshold in the 2013 federal elections, the newcomer achieved its first remarkable electoral success in the European elections in May 2014, winning 7.1 percent of the vote a little over a year after the party’s founding. Even better electoral showings were obtained by the AfD in subsequent regional elections in the east German states of Saxony, Brandenburg, and Thuringia in late summer. Support was more limited in Hamburg’s state elections in February 2015 (6.1 percent) but was enough to allow the party to enter its first west German state parliament.

If the advent of right-wing populism in German’s party system, thereby more accurately reflecting the (west) European norm, elicited a fair degree of interest but little concern among foreign observers, the subsequent rise of the movement Pegida (Patriotic Europeans against the Islamization of the West) that brought thousands of people onto the streets of the Saxon state capital of Dresden week after week caused the same observers to rub their eyes in astonishment. Originating in a Facebook-Group, Pegida quickly established offshoots in other east and west German towns as well as even some foreign cities (Vienna, Copenhagen, Newcastle). Not only did their number of participants pale in comparison to those gathering in Dresden but protesters also found themselves significantly outnumbered by counter-demonstrations. The impact of the latter was ambivalent in the sense that they only heightened media attention on Pegida to an unwarranted extent. Ultimately, Pegida was and is a highly regional (east German and Saxon) or local (Dresden) phenomenon. That right-wing populism finds a more fertile environment in the former GDR compared to the western part of the Germany is also reflected by the respective electoral fortunes of the AfD.

If that is indeed the case, the question remains, however, as to why the more visible and widespread presence of Germany’s populist radical right along with its build-up of organizational structures are a recent phenomenon. Work in the comparative field of study has demonstrated that certain crisis constellations in society – what American historian Lawrence Goodwyn refers to as “populist moments” – are usually a prerequisite for the spawning of such parties and movements. In the AfD’s case, the euro and financial crisis played that role. It opened the window of opportunity for a new eurosceptic party whose primary policy demands – a controlled dissolution of the monetary union and the rejection of a further deepening of the European integration process – lent themselves to the attachment of a broader right-wing populist platform to it.

According to polling data, AfD voters rank immigration alongside social security and a stable currency atop the list of topics that determine their choice at the ballot box, with the three issues on a roughly even par. While differences with the general electorate are not particularly sizable on the latter two issues, AfD voters were more than three times as likely to mention immigration as a decisive topic. The party therefore has a dual incentive to place special emphasis on this policy area. The inherent danger of this course lies in the potential erosion of a clear division between the AfD and the extreme right. Whether the party would survive the inevitable internal confrontations that would occur as a result of a radicalisation of both its platform and the way it appeals to voters is up for debate. 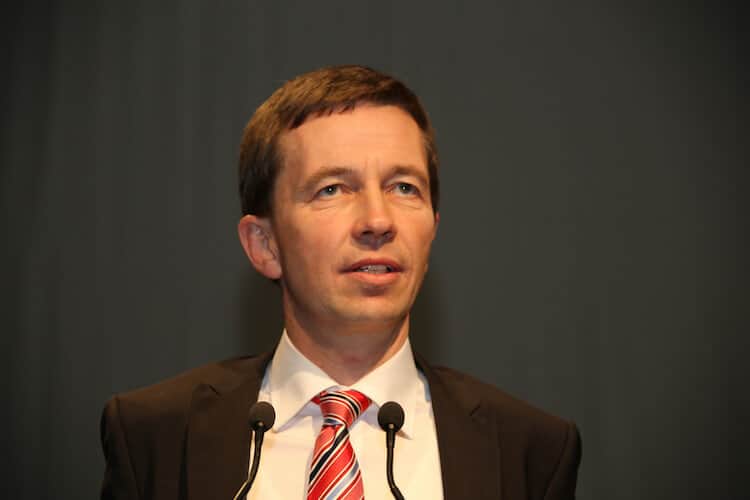 Would Pegida have been possible without the rise of the AFD (here the party’s leader Bernd Lucke)? Frank Decker thinks the two phenomena are connected. (photo: CC BY-SA 2.0 – Blu-news.org)

Compared to the AfD, Pegida is a phenomenon that is more difficult to grasp. The usage of traditionally leftist forms of political participation by a middle-class/conservative organisation is by itself rather unusual. Existing observations and studies conducted among participants of its demonstrations indicate strong similarities with the AfD’s electorate as male participants, the middle aged as well as people with an academic degree and a middle class income are significantly or slightly overrepresented. According to a study published by political scientist Hans Vorländer, a significant majority (62 percent) of participants in the Dresden protests lacked any partisan affiliation. Among those who did mention a partisan preference, the AfD came out on top with 17 percent ahead of the CDU (9 percent) and the extreme-right NPD (4 percent). Mirroring this, 76 percent of AfD voters voiced sympathy for Pegida in a representative poll – compared to a share of 21 percent among all voters. Even among non-voters, the share of Pegida sympathisers was substantially lower at 36 percent.

Official manifestations of solidarity and support towards Pegida or an invitation for cooperation were lacking on the AfD’s part owing to the party’s fear of being linked to potential extreme-right tendencies within both the organisation and among the participants of its protests. It would not be inaccurate though to interpret Pegida as a product of the same right-wing populist mood present among large swathes of the east German electorate that helped gain the AfD double digit shares in state elections during the late summer of 2014. Whether Pegida would ever have emerged and attracted the kind of sizable crowds it did without previous AfD accomplishments at the ballot box appears questionable. The strongly conservative political environment of Saxony, connections to organised far-right movements, and the specific pride some Dresdeners take in their city being a victim of allied bombing raids may be contributing factors; taken by themselves they do not serve as a sufficient explanation though.

The motivations driving AfD voters and Pegida participants can possibly best be characterised through the dual term of insecurity/anxiety. Insecurity refers more to the social situation, meaning apprehensions about a decline in income, while anxiety aims to describe emotions of cultural alienation, the loss of a familiar social order and its moorings. That a fear of foreigners is not necessarily at its most pronounced in those areas home to most foreigners is not a new finding. The rise of Pegida has served as a powerful fresh reminder of it though. If the AfD played a central role in the genesis of Pegida by paving a right-wing populist path, the party could at the same time now be the reason for the rapid implosion of the protest movement. Dissatisfaction and a general protest sentiment held by “mad as hell” citizens have found their way into the party system through the AfD, providing them for the first time with a continuously perceptible, politically effective voice.

Frank Decker is Professor of Politics at the University of Bonn in Germany.