The Recovery and Resilience Facility is important but will not mobilise sufficient green investment by itself.

Since 2019, the European Green Deal has been ‘Europe’s new growth strategy’. Last year, the European Climate Law set targets—a reduction in greenhouse-gases emissions across the European Union of at least 55 per cent on 1990 levels by 2030 and ‘net zero’ by 2050—which are more in line with the 2015 Paris Agreement. EU institutions and national governments are now legally bound by them.

Fully decarbonising the economy cannot be achieved in under three decades with minor policy adjustments and the Green Deal launches a process of reorienting how we produce and consume. Difficult negotiations on legislative proposals lie ahead—including on the phasing out of combustion-engine vehicles in Europe and the role of gas in the transition.

According to Agora Energiewende, reaching the 2030 goals implies that coal be almost eliminated from power generation and renewables deployed twice as rapidly as hitherto. Buildings must be renovated at at least twice the current 1 per cent annual rate, with two-thirds constituting deep renovations, to curtail energy demand and make electric heating more affordable. There should be 50 million heat pumps in buildings across the continent and 50 million electric vehicles on the road. There must be investment in the decarbonisation of industry and agriculture and large net carbon sinks—such as restored forests, peatlands and wetlands—established.

The NextGenerationEU programme provides member states with fresh money for ‘building back better’ after the pandemic. The Recovery and Resilience Facility (RRF), the EU instrument created to support recovery, is designed to prioritise ‘green’ investment, with a minimum 37 per cent share of spending in the National Recovery and Resilience Plans (NRRPs) allocated to climate-relevant projects. In most EU countries, especially in southern and eastern Europe, RRF funding represents a significant economic stimulus.

In the 22 national plans thus far approved, the overall funding allocated for climate-related investment and programmes, according to the European Commission, stands at €177 billion—nearly 40 per cent of the total. There are however question marks over how green some of the components are, and this will need to be monitored carefully.

For example, will programmes supporting hydrogen as an energy source utilise fossil hydrogen—in countries with a carbon-intensive power mix this might even result in higher carbon-dioxide emissions—or genuinely green hydrogen, based on wind and solar? The latter requires significant additional renewables capacity, to power the electrolysis of water from which the hydrogen is derived.

We calculate that the new electrolysis capacity financed through the RRF will demand, in France, Germany, Italy and Spain alone, 3.3 to 3.9 gigawatts of extra renewable power. Ootherwise, it will just reduce the clean electricity available for e-vehicles or other applications and not truly advance the green transition.

The approved €177 billion implies an average €29.5 billion per annum of additional climate-related public expenditure over six years, with the bulk (€18.8 billion) affecting power, buildings and industry. But the commission estimates the yearly climate investment gap for 2021-30 to be €390 billion (€245 billion if one excludes transport). True, the NRRP figures exclude Poland, Hungary, Bulgaria, Sweden and the Netherlands, whose plans have not yet been approved, as well as private finance thereby leveraged. But it is clear that RRF funding alone will not close the investment gap—particularly not in the medium term, beyond 2026, when the facility ends.

The fund does however have several positive features. It will engender a co-ordinated investment wave across the EU, of notable size and concentrated in the countries most in need. And the combination of investment and structural reforms should not only make spending more effective but also deliver long-overdue change.

For example, Italy is taking the opportunity to tackle its critically slow processes for granting permission for renewable power plants. Slovakia is reforming its market regulation to facilitate renewables’ access to the grid.

Denmark’s green tax reform is transformative. Energy taxation will be reoriented towards CO2 intensity until a comprehensive CO2 tax covers industry, transport and agriculture. To ease companies’ transition, there will be enhanced tax breaks for investments in clean energy. The RRF will initially finance the net tax deficit until 2025, when the national budget takes the strain, with net fiscal benefits expected from 2029.

There is also a significant impulse to green investment in buildings. Almost all member states have made this a priority: one quarter of the green funds support renovation and the programmes are in most cases heavily frontloaded.

In France, the MaPrimeRénov’ programme received 700,000 applications in 2021—ten times as many as recorded five years earlier under previous programmes. In Italy, the ‘Superbonus 110%’ initiative has raised the renovation rate of apartment buildings: 14,330 applications were accepted in 2021, compared with some 1,000 renovations financed between 2014 and 2019.

To what extent renovations benefit those most exposed to high energy prices and deep renovations are encouraged will have to be monitored. And again the renovation wave cannot ebb in 2026: member states need to support homeowners and commercial landlords to plan renovations better, while regulation tightens the grip on the most energy-consuming buildings.

The RRF has set the right green priorities, with a focus on renovations, charging infrastructure and renewables for which it provides fresh funds. But the effect is limited to the short term. Member states will have to rely largely on their national budgets to close the investment gap after 2026. Yet reintroduction from 2023 of the suspended EU fiscal rules—unless these are promptly reformed—may not provide the most fiscally fragile countries sufficient flexibility to pursue the climate agenda.

Moreover, the recovery plans still allow fossil-fuel investments in certain cases and it cannot yet be determined whether spending tagged as 100 per cent climate relevant will indeed be so. Members of the European Parliament last month stressed the need for transparent monitoring of expenditure and the methodology will need to be carefully checked—to make sure that investments presented as green truly are. 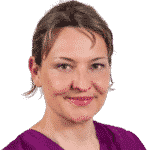 Michaela Holl is a senior associate at Agora Energiewende on the European Green Deal. She  worked for 16 years in the European Commission, in the last year setting up renewable-investment aspects of the Recovery and Resilience facility. 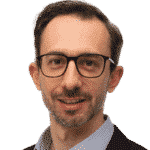