While Jair Bolsonaro has been voted out of office, the forces that empowered him retain considerable influence.

Brazil has elected a new president by electing an old president. The Workers’ Party’s Luiz Inácio Lula da Silva, who held the office from 2003 to 2010, defeated the far-right incumbent, Jair Bolsonaro, in the second-round runoff. But that does not mean what Bolsonaro represented has been defeated.

The mere fact that there was a runoff underscores that Brazil’s electorate, as with many around the world, is deeply polarised. Bolsonaro, whose appeal is particularly strong among the military and conservative Christians, received more than 51 million votes in the first round and more than 58 million in the second. He also receives considerable behind-the-scenes support—financial and ideological—from powerful economic interests, especially agribusinesses. In fact, agribusiness accounted for 33 of the 50 largest donors to Bolsonaro’s campaign.

Agribusiness is a highly industrialised sector in Brazil, responsible for more than one-quarter of gross domestic product and 48.3 per cent of total exports in the first half of 2022. And its geographical reach is vast, covering much of the north above São Paulo, a significant swath of the southern states, two powerful central-west states, Mato Grosso and Mato Grosso do Sul, and Roraima in the north. Most of the income gains in Brazil during Bolsonaro’s presidency went to these regions, as agricultural benefited from a devalued national currency and high international commodity prices.

The rest of Brazil was not so lucky. High inflation—consumer prices rose by 8.3 per cent in 2021—has put severe strain on a large share of the population, with more than half of Brazilians (125.2 million people) living with some kind of insecurity and 15 per cent of the population (33 million) facing severe food insecurity. In a country which touts its status as the ‘world’s barn’, this is a sad irony.

Not surprisingly, regions dominated by agribusiness were more likely to support Bolsonaro than Lula. But the president is just one part of the political puzzle. Even without Bolsonaro in power, agribusiness enjoys extensive legislative representation. In 2021, members of the Parliamentary Agricultural Front (FPA)—Brazil’s powerful ‘rural bench’—comprised 46 per cent of the Chamber of Deputies and 48 per cent of the Senate. The Instituto Pensar Agropecuária, which includes 48 entities in the agricultural sector, advises the FPA.

The political machine which agribusiness has built in Brazil has proved highly effective. Under both Bolsonaro and his predecessor, Michel Temer, the FPA promoted its interests, in an organised and systematic way, especially by contesting indigenous territorial rights to legitimise the use of native lands for agricultural production. The FPA also helped articulate proposals and amendments on a range of regulatory issues, including workers’ rights, environmental licensing, regularisation of land tenure and pesticides.

Further illustrating the farm lobby’s influence, Tereza Cristina, a former FPA president, was nominated to head Bolsonaro’s Ministry of Agriculture in 2019. On October 2nd, in the first round of this year’s national elections, Cristina—also known as ‘Mrs Deforestation’ and the ‘muse of poison’—was elected Mato Grosso do Sul’s senator, winning more than 60 per cent of the vote.

Cristina was not alone. A whopping 70 per cent of the FPA’s representatives in the Chamber of Deputies were re-elected. The organisation expects to hold at least 40 of the 81 seats in the Senate in 2023 and even projects new ‘memberships’, which could bring the total to 45.

Brazil’s Congress will also include Bolsonaro’s former environment minister Ricardo Salles. In 2018, Salles was convicted in a court of first instance of ‘administrative impropriety’ while heading a São Paulo state environmental agency. Yet he became environment minister a month later and presided over a surge in deforestation in the Amazon rainforest and major cuts to environmental-protection programmes, before being forced to resign last year over allegations of involvement in a timber-trafficking scheme.

The agricultural sector’s political influence thus matches its oft-professed status as a ‘pillar of the economy’. But there is also an important social and cultural component to its influence. For much of the population, rural life is a kind of national identity, embodied by the romantic image of the sertanejo (countryman).

From rodeos and vaquejadas (a sport involving two cowboys on horseback driving a bull into a goal) to country music and festivals, rural cultural traditions are as popular in some areas as football and carnival. Agribusiness uses such activities as opportunities to advance the narrative that it is central to Brazilian identity. It is no coincidence that many of Brazil’s leading country singers publicly backed Bolsonaro.

So Bolsonarism has the economic, political and cultural influence to outlive Bolsonaro. In many ways, agribusiness—and the FPA in particular—will make or break Lula’s presidency, particularly when it comes to environmental policy, land-tenure regularisation and the defence of indigenous and quilombolas’ rights. If the agents of Bolsonarism gain even more influence in the midterm local elections in two years, the challenge for Lula will grow even larger.

Bolsonaro’s defeat merits celebration. But no one—least of all Lula—should forget that the forces that empowered him have not gone away. 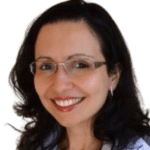 Camila Villard Duran is an associate professor of law at ESSCA School of Management.