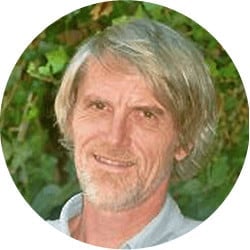 ‘For the people, not just for the elites!’: this is the rallying cry of all brands of populism. The triumph of populism is a calamity, but the threat of populism is a crucial quality of any democracy. It is what makes a democratic regime better than a technocratic, bureaucratic or autocratic regime. It is what keeps reminding the rulers that they should not look only or mainly after their own interests and concerns and those of people like themselves.

Regarding specifically today’s European Union, it is the threat of populism that must impress on European decision-makers that they should not just be looking after the interests of the ‘movers’, of people like you — and me — in this room, of people who are able and keen to seize the opportunities created by the four freedoms of the single market and fully realize how much they owe to them. It is what will force them to pay more attention to the interests and concerns of the ‘stay-at-homes’, of the people who perceive above all the threat to their jobs from enhanced international competition and the threat to their familiar environments from what they see as an invasion by people with whom they have great difficulty in communicating and even greater difficulty in identifying.

The elite’s standard complacent response to such Europhobic demands is: ‘You cannot unscramble a scrambled egg’. After the Brexit vote, this response has lost quite a bit of its persuasiveness. Admittedly, the unscrambling of one of the least scrambled portions of the scrambled egg will be laborious, time-consuming, at times unavoidably nasty. But unscrambling there will be. Nonetheless, I do believe in a less metaphorical, less categorical, more circumscribed variant of this response, one that applies only to the Eurozone – in Claus Offe’s words: ‘The euro is a mistake the undoing of which would be an even greater mistake’.

But then, what should we do? Muddle through and wait for the populist revolt to gain ground, swelling and spreading from election to election, from country to country, from party to party? No. If the European Union is to escape from the trap in which it is currently stuck, if it is avoid a fate made of chaos and self-inflicted agony, it needs to become and be perceived as having become a caring Union. This it will not achieve by multiplying directives and regulations that further interfere with the autonomy of national governments and parliaments. It will achieve it by doing something unprecedented in the history of mankind: setting up a scheme of transnational and interpersonal redistribution.

Such a Transfer Union is needed in order to provide a macroeconomic stabilizer essential to the survival of the euro. It is needed to provide a demographic stabilizer essential to the political survival of Schengen. It is needed to provide a firm common floor essential to protect the generosity and diversity of our national welfare states against tax and social competition. It is needed to make tangible to the stay-at-homes that the EU cares for them too, and not only for the movers. Is this a radical proposal? Of course it is. But it is no more radical than what Bismarck did when he created, under the pressure of violent protests, the world’s first national social security scheme. And do you really think that the EU will be able to survive without radical changes?

This is not the place to discuss the various forms such a scheme could take, some of which would be counterproductive, or to discuss the conditions that would need to be fulfilled in order to make institutionally and politically possible what is absolutely necessary (see here). Let me close instead by spelling out briefly the implications of what I have just said for the Brexit negotiations.

If there is one thing that would sabotage any serious attempt to do what the European Union urgently needs to do to address in depth the source of the populist revolt, it is to give full access to the single market to a state that would not only be able (1) to keep using beggar-thy-neighbour competitive devaluation, as it has been doing since the creation of the euro, losing 25% of its value since 2001, but would in addition be enabled (2) to free ride at no charge on the various public goods generated by the very existence of the European Union, such as its contribution to the (largely self-)taming of German supremacy or to the (quite often) laborious consolidation of democracy and the rule of law in some member states and in candidate countries; (3) to go for all-out tax competition by lowering its effective tax rates on corporations, on financial transactions, on intellectual property and on valuable talents;  and (4) to use selective immigration rules in order to keep sucking thousands of brains from the rest of Europe and beyond, while leaving to the European Union the thankless job of absorbing millions of ‘less desirable’ migrants driven inside its borders by the fear of starvation and civil war.

Whether the withdrawal settlement must involve a payment of €20, 60 or 100 billion, this is peanuts relative to the lasting and irreversible damage that would be inflicted on the people of the European Union — and ultimately of the United Kingdom too — if the final Brexit deal, in its generous softness pushed for by exporters’ lobbies from both sides, left the EU and its member states at the mercy of a pirate state across the Channel, if the treaty sealing the future relations between the UK and the EU irreversibly deprived the EU of the capacity to do what it would need to do in order to stem an endless succession of understandable, indeed often legitimate populist revolts from both the left and the right, if it deprived the EU of the capacity to regain and deserve the allegiance and the trust, not only of the ‘movers’, but also of the ‘stay-at-homes’, in brief if it deprived it of the capacity to build at last a genuine ‘people’s Europe’.

Based on a speech at the Palazzo Vecchio, Florence, 5 May 2017, within the framework of the European University Institute’s State of the Union 2017: ‘Building a People’s Europe’

Philippe van Parijs, a fellow of the British Academy, is a professor at the Universities of Louvain and Leuven and a Robert Schuman fellow at the European University Institute in Florence.