‘The higher you go; the fewer women there are.’ This observation, by the Nobel Peace Prize laureate and environmental trailblazer Wangari Maathai, reflects a reality familiar to all women who have aspired to leadership positions, and it has gained a new meaning for me as the climate crisis has intensified. Though it is already clear that women and girls will face higher risks and greater burdens because of climate change, they remain significantly under-represented in climate and environmental negotiations.

In 2019, the United Nations Gender Composition Report noted that the number of women represented in UN Framework Convention on Climate Change bodies was not in line with efforts to create gender balance. In response, member states adopted a gender action plan at the UN Climate Change Conference (COP25) in 2019. The plan recognised that ‘full, meaningful, and equal participation and leadership of women in all aspects of the UNFCCC process and in national- and local-level climate policy and action is vital for achieving long-term climate goals’.

And yet, by the time COP26 rolled around two years later, little had changed. The United Kingdom’s COP26 presidency was predominantly male-led and just 11 of the 74 African national representatives were women. Moreover, the UN Convention on Biological Diversity appears to be exhibiting a similar tendency, with male negotiators outnumbering women negotiators by around 60.

The failure to ensure equal representation and women’s participation in efforts to tackle climate change and biodiversity loss is short-sighted at best and potentially reckless. The problem is also increasingly urgent. Last month, delegates from around the world gathered in Geneva for one of the final rounds of negotiations to conclude the new UN Global Biodiversity Framework. With the aim of accelerating action to halt further species loss and tackle climate change, these gatherings will shape the global response to both crises for years to come.

The latest reports from the Intergovernmental Panel on Climate Change have demonstrated the scale of these crises. The IPCC has documented unequivocally that human activities are warming our planet’s surface, leading to rapidly changing weather systems, biodiversity loss and increased resource insecurity. By 2100, 50 per cent of Africa’s bird and mammal species could disappear. We are potentially entering a sixth mass extinction and, if the problem is left unchecked, our sources of food, water and medicine will be increasingly at risk.

Women comprise the majority of the world’s poor and are disproportionately affected by these crises. In the developing world, they are overwhelmingly responsible for sourcing food and water for their families, and they often take the lead in fuel collection and household management. Women also make up nearly half of the world’s smallholder farmers, producing 70 per cent of Africa’s food.

As such, women and girls are often the first to experience the harsh realities of climate change. But, owing to pervasive inequalities which limited their access to education and health care, unequal employment rates and low rates of representation in public office, they are less likely than men to be able to participate in decision-making processes.

If the last two years have shown us anything, it is that women’s leadership is critical in tumultuous times. According to a study of 194 countries, the immediate responses to the Covid-19 pandemic were systematically better in countries with women leaders. Similarly, research has found that ‘female representation leads countries to adopt more stringent climate-change policies’ and that a high degree of female representation in parliament makes it more likely that a country will ratify international environmental treaties.

Women bring not just ambition but also different perspectives and experiences to the table. As a result, their contributions ultimately lead to more nuanced and inclusive environmental policies.

In Africa, the importance of women’s leadership in the face of climate change and biodiversity loss is evident to anyone who looks. In Nigeria, the minister of state for the environment, Sharon Ikeazor, has advocated for the High Ambition Coalition for Nature and People and pushed for fossil-fuel subsidies to be replaced by investments in sustainable, low-carbon development. In Rwanda, the minister of environment, Jeanne d’Arc Mujawamariya, has won praise for her inclusive rainforest conservation efforts. In Chad, the environmental activist Hindou Oumarou Ibrahim continues to champion Africa’s local communities and indigenous peoples at the highest levels of the UN. And here in Freetown, we are planting one million trees over three rainy seasons to promote climate resilience and green job creation.

All these women, including me, have championed ‘30×30’, the global campaign to protect 30 per cent of the world’s surface by 2030. Meeting this objective would prevent further ecosystem destruction and the effort could lead to the first-ever global agreement to halt the destruction of nature.

Many more women are tackling biodiversity loss and climate change, including indigenous women who are using their unique knowledge of the land to farm more sustainably and protect fragile ecosystems, and aspiring politicians running on integrated policy platforms linking reproductive health, education and environmental protection. Those who are already in leadership positions must ensure that these women are given a chance to contribute.

Much has changed since 2004, when Maathai won the Nobel Peace Prize for her contributions to sustainable development, democracy and peace. Emissions have surged and extreme weather events have increased in frequency and intensity. But much has also stayed the same: women continue to be excluded from leadership positions and the world continues to pay the price for it.

As the final negotiations for the new Global Biodiversity Framework continue, and as we approach this year’s UN Convention on Biological Diversity (CBD COP15) in Kunming, China, we have a duty to address these failures. If we don’t bring more women to the table, a climate disaster is almost certainly guaranteed. 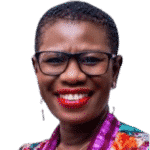