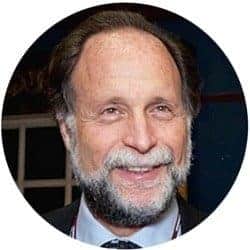 But are the problems that upset Francis the consequence of what he called “unbridled capitalism”? Or are they instead caused by capitalism’s surprising failure to do what was expected of it? Should an agenda to advance social justice be based on bridling capitalism or on eliminating the barriers that thwart its expansion?

The answer in Latin America, Africa, the Middle East, and Asia is obviously the latter. To see this, it is useful to recall how Karl Marx imagined the future.

For Marx, the historic role of capitalism was to reorganize production. Gone would be the family farms, artisan yards, and the “nation of shopkeepers,” as Napoleon is alleged to have scornfully referred to Britain. All these petty bourgeois activities would be plowed over by the equivalent of today’s Zara, Toyota, Airbus, or Walmart.

As a result, the means of production would no longer be owned by those doing the work, as on the family farm or in the craftsman’s workshop, but by “capital.” Workers would possess only their own labor, which they would be forced to exchange for a miserable wage. Nonetheless, they would be more fortunate than the “reserve army of the unemployed” – a pool of idle labor large enough to make others fear losing their job, but small enough not to waste the surplus value that could be extracted by making them work.

With all previous social classes transformed into the working class, and all means of production in the hands of an ever-dwindling group of owners of “capital,” a proletarian revolution would lead humanity to a world of perfect justice: “From each according to his ability, to each according to his needs,” as Marx famously put it.

Clearly, the poet and philosopher Paul Valéry was right: “The future, like everything else, is no longer what it used to be.” But we should not make fun of Marx’s well-known prediction error. After all, as the physicist Niels Bohr wryly noted, “Prediction is difficult, especially about the future.”

We now know that as the ink was drying on the Communist Manifesto, wages in Europe and the United States were beginning a 160-year-long rise, making workers part of the middle class, with cars, mortgages, pensions, and petty bourgeois concerns. Politicians today promise to create jobs – or more opportunities to be exploited by capital – not to take over the means of production.

Capitalism could achieve this transformation because the reorganization of production allowed for an unprecedented increase in productivity. The division of labor within and across firms, which Adam Smith had already envisioned in 1776 as the engine of growth, allowed for a division of knowhow among individuals that permitted the whole to know more than the parts and form ever-growing networks of exchange and collaboration.

A modern corporation has experts in production, design, marketing, sales, finance, accounting, human resource management, logistics, taxes, contracts, and so on. Modern production is not just an accumulation of buildings and equipment owned by Das Kapital and operated mechanically by fungible workers. Instead, it is a coordinated network of people that possess different types of Das Human-Kapital. In the developed world, capitalism did transform almost everyone into a wage laborer, but it also lifted them out of poverty and made them more prosperous than Marx could have imagined.

That was not the only thing Marx got wrong. More surprisingly, the capitalist reorganization of production petered out in the developing world, leaving the vast majority of the labor force outside its control. The numbers are astounding. While only one in nine people in the United States are self-employed, the proportion in India is 19 out of 20. Fewer than one-fifth of workers in Peru are employed by the kind of private businesses that Marx had in mind. In Mexico, about one in three are.

Even within countries, measures of wellbeing are strongly related to the proportion of the labor force employed in capitalist production. In Mexico’s state of Nuevo León, two-thirds of workers are employed by private incorporated businesses, while in Chiapas only one in seven is. No wonder, then, that per capita income is more than nine times higher in Nuevo León than in Chiapas. In Colombia, per capita income in Bogota is four times higher than in Maicao. Unsurprisingly, the share of capitalist employment is six times higher in Bogota.

In poverty-stricken Bolivia, Francis criticized “the mentality of profit at any price, with no concern for social exclusion or the destruction of nature,” along with “a crude and naive trust in the goodness of those wielding economic power and in the sacralized workings of the prevailing economic system.”

But this explanation of capitalism’s failure is wide of the mark. The world’s most profitable companies are not exploiting Bolivia. They are simply not there, because they find the place unprofitable. The developing world’s fundamental problem is that capitalism has not reorganized production and employment in the poorest countries and regions, leaving the bulk of the labor force outside its scope of operation.

As Rafael Di Tella and Robert MacCulloch have shown, the world’s poorest countries are not characterized by naive trust in capitalism, but by utter distrust, which leads to heavy government intervention and regulation of business. Under such conditions, capitalism does not thrive and economies remain poor.

Francis is right to focus attention on the plight of the world’s poorest. Their misery, however, is not the consequence of unbridled capitalism, but of a capitalism that has been bridled in just the wrong way.

Ricardo Hausmann, a former minister of planning of Venezuela and former Chief Economist of the Inter-American Development Bank, is a professor of economics at Harvard University, where he is also Director of the Center for International Development.