Subsidising high energy costs might seem the obvious answer to the cost-of-living crisis—but it’s not.

How to cope with high energy prices continues to dominate European politics. A recent paper by the European Commission avows that a gas price cap cannot reduce prices structurally—only increased supply or reduced demand could do so.

All European Union member states should heed this advice when reviewing their strategies to provide relief. Governments have attempted to reduce fossil-fuel prices, but this is dangerous for the environment, uses public funds ineffectively and can lead to negative consequences for unprotected consumers.

The arguments for eco-friendly and just relief for high energy prices apply not only in the context of the current cost-of-living crisis. They also serve as a model of how best to compensate for higher prices resulting from climate policy.

Establishing channels for direct payments now can pave the way for distributing revenues from carbon pricing. At the EU level, social measures funded via the Social Climate Fund, using revenues from the Emissions Trading Scheme (ETS), could follow this pattern.

Apart from seeking additional sources of energy and promoting savings, governments can attempt to influence energy prices with subsidies, for example via tax rebates, in an attempt to reduce the net prices paid by consumers. This however risks being entirely ineffective.

Recall the origin of the high prices: supply of fossil fuels to Europe was reduced significantly by Russia. With limited capacity to increase the flow of gas, prices rose because demand had outstripped supply at previous prices. Prices rose until some consumers decided they no longer wished to consume so much gas at such high prices.

Imagine consumers are faced with the same net price after the subsidy that they faced before Russia’s war. Then demand remains at prewar level—but supply is not. Then gross prices (before application of the subsidy) may rise. At the extreme, net prices before and after the subsidy are exactly the same. The effect of subsidies for consumers is minimal, the cost to the public finances is large and only the energy producers benefit.

Such price-inflating effects could be reduced by limiting the scope of subsidies: while subsidised consumers would benefit from lower prices, non-subsidised consumers would pay more than otherwise. But consumers in rich EU countries receiving subsidies would still benefit at the cost of consumers in other countries, as the commissioners for the internal market and the economy, Thierry Breton and Paolo Gentiloni respectively, warned in response to Germany’s plans.

Alternatively, governments might fix prices, without providing subsidies. Yet while the prospect of keeping energy affordable is attractive, if all consumers can continue to afford their consumption, supply will be insufficient—measures to reduce demand are needed. Governments have so far focused only on fairly soft measures of energy saving and efficiency; it is not clear that these will be enough.

Lowering the price then requires alternative, non-market mechanisms to allocate scarce gas supplies. With a price cap, some rules for allocating supplies would need to be found in case these were to become rare.

The fact that only those most able to pay higher prices now receive adequate gas supplies is unfair should actually be the starting-point for public intervention. Where high prices erode the standard of living, a practical alternative to trying to alter prices is increasing incomes—until energy savings and increased production of renewables can lower prices.

Trade unions are rightly arguing for wage increases, stressing there is no evidence of a wage-price spiral. And in a few European states, including Germany, the United Kingdom and France, individuals on social assistance have received specific payments. Of course, increases in energy prices also affect non-unionised workers and low-income households not in receipt of social assistance. So other groups have received payments—for example pensioners in the UK and in Denmark, where child-support payments have also been temporarily increased.

A more radical route has been chosen by Austria—to pay every citizen a fixed amount. The Klimabonus was set up to redistribute revenues from carbon taxes but is now also being used to compensate for high energy prices.

Many people instinctively prefer ‘targeted’ support for those most affected. Yet as the Nordic welfare states have shown more generally, universalism brings buy-in from all, including the professional middle class, and avoids the stigmatisation of benefit recipients.

Making direct payments liable to income tax would mean that the net amount of the payment will still vary by household income. In many EU countries, a considerable proportion of the population is not liable to income tax, while the highest rates can top 50 per cent. In this situation, the richest households will receive considerably less after tax than the poor. Direct payments could even be means-tested ex post if wished, by adding the totality of the payment as a tax liability for households above the income-tax threshold.

It is also important in this light to recognise the distributional effects of energy subsidies. While direct payments are usually focused only on households, energy subsidies also benefit firms, so their effects are large: businesses are after all owned by wealthy people.

According to the Organisation for Economic Co-operation and Development, the 40 per cent of households with the least private net wealth hold only 3 per cent of household wealth across the OECD area, while the top 10 per cent own more than half. Targeted help for firms may be warranted to secure jobs, but energy subsidies benefiting all firms mainly benefit rich households.

Yet in all cases the absolute expenditure on energy is higher for the highest income bracket. So subsidising energy transfers more money to rich than poor households. Direct payments to all households benefit the rich less and the poor more. They can also be used by consumers to reduce their dependency on fossil fuels by investing in decarbonised solutions, such as heat pumps, measures for energy efficiency or electric bicycles.

But can states afford direct payments to all citizens? The rapid increase in energy prices could not be foreseen and compensation is affordable for a limited period. Taxing windfall profits resulting from the high prices is an obvious and sensible route for this.

Short-term compensation however needs to be complemented by investments in long-term decarbonisation. Not only is there no obvious scenario for a change in Russian attitudes towards EU countries, but the climate catastrophe means carbon taxes or regulations will make using fossil fuels less and less affordable in the long run. 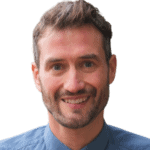 Luke Haywood is policy manager for climate and energy at the European Environmental Bureau, having worked at the German Institute for Economic Research in Berlin, the OECD in Paris and the Mercator Research Institute on Global Commons and Climate Change. His focus has been on just transition, climate governance and labour-market policies.