By assisting the developing world’s green transition, Europe could mitigate the protectionist threat in its climate agenda.

In July 2021, the European Commission did something no other major governing body had ever attempted: it tied trade policy to climate policy. Reaching the European Union’s goal of cutting net greenhouse-gas emissions by 55 per cent by 2030 will require the EU to reduce emissions at home and beyond its borders. To this end, the commission’s Fit for 55 initiative, a package of proposals aimed at meeting the bloc’s emissions-reduction target, includes a carbon border-adjustment mechanism (CBAM)—an import tax designed to corral other countries into tackling climate change.

The CBAM would tax imported goods sold in EU markets on the basis of their carbon content (the emissions required to produce them), which depends on their material and energy inputs. The proposed levy is intended to address so-called carbon leakage, which occurs when businesses in the EU move production to non-member countries with less stringent emissions rules.

In other words, Europe would no longer ignore the climate effects of foreign goods. But while the measure could help reduce emissions and level the competitive playing field for EU-based firms, the trade protectionism it entails risks hurting developing countries.

The CBAM will initially apply to the highest-emitting industries most at risk of leakage—iron and steel, cement, fertilisers, aluminum and electricity generation—and will likely be expanded to other sectors in the coming years. Currently, EU-made products in these industries are taxed under the domestic carbon price, but those from outside the bloc are not. If a country already has a domestic carbon price, the border tax will be lowered or waived; this is meant to encourage countries to tax carbon in their own markets. Those that cannot or will not institute a carbon tax will have to pay the full levy.

The EU tax will be phased in over the next four years. By 2023, importers will be required to report emissions embedded in the goods they import, though the tax on those emissions will not be imposed until 2026. The €1 billion annual revenue expected from the CBAM, as well as the €9 billion in annual revenue expected from the EU Emissions Trading System from 2023 to 2030 and taxes on multinational corporations, will support the union’s €750 billion pandemic recovery fund. These new sources of revenue will embed EU priorities—including the green transition—in the bloc’s budget for the first time.

Though not yet approved, the proposed tax is already influencing the decisions of policy-makers and companies in the EU’s trading partners. For example, Turkey and Indonesia plan to introduce carbon taxes to mitigate the CBAM’s effects on their economies. Turkey is highly exposed, because the EU accounts for 41 per cent of its exports. Indonesia exports billions of euro worth of palm oil and chemicals to the EU—goods which could fall under a broader border tax. Adopting a domestic carbon price will allow them to avoid some or all of the CBAM and keep the tax revenues, instead of transferring them to the EU.

Meanwhile, some EU-based companies in industries such as computer hardware are looking to reshore manufacturing operations ahead of the CBAM’s introduction. Their main motive does not reflect the cost of the tax so much as the likely complexity, bureaucracy and unpredictability of the system. It is easier and cheaper for companies to relocate production to the EU and avoid the administrative hurdles the CBAM could create.

Such shifts will be a win for the EU’s economy and the environment. And Russia’s invasion of Ukraine could accelerate the EU’s efforts to achieve greater economic self-sufficiency, not least by reducing its dependence on energy-intensive imports of Russian iron and steel.

But developing economies, which often depend on manufactured products, will likely experience an outflow of activity as firms relocate to the EU. Rather than addressing only carbon leakage and leaving developing countries to adapt as best they can, the EU should allocate part of the revenue from the proposed CBAM to help foster a just green transition for poorer countries.

It is not easy or cheap to decarbonise energy-intensive goods such as cement and steel. But the EU could prevent negative knock-on effects for developing economies—not only by waiting for lower-income countries to introduce their own carbon taxes (which will be a challenge given their limited administrative capability in the field), but also by supporting those that need the most help to reduce their emissions.

Such support could be provided by dedicating resources and technology to improve the efficiency of industrial processes, financing renewable-energy projects and exempting the poorest countries from the CBAM where necessary. The EU should also dedicate part of the CBAM revenue to helping developing countries adopt cleaner technologies—to produce greener cement in Vietnam or chemicals in Indonesia, for example—and thus reduce emissions in the long run.

Europe sees itself as a global leader in the race to net-zero emissions. By helping to finance the developing world’s green transition, the EU could mitigate the protectionist threat in its own climate agenda. 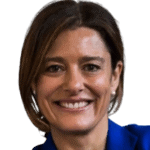 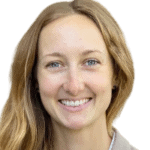 Calli Obern, a masters candidate in international policy at Stanford University, is a research fellow at Ecospherics, an advisory firm focusing on environmental and national-security issues.