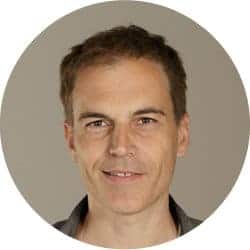 A gang of bankers and lawyers has plundered the treasuries of eleven European countries. The estimated damage from what is known until now: over 55 billion Euros are gone. Cum-Ex is reportedly the biggest tax scandal in history. The answer to this bankers’ raid affecting at least 11 countries can only lie in a stronger Europe capable of protecting its citizens.

A cum-ex deal involves at least three co-ordinated transactions including short selling in the run-up to dividend day. The name refers to the fact that in one transaction shares are traded with a claim to receive a dividend (cum), and in another they are traded after the dividend has been paid (ex). Specific weaknesses in the administration of withholding taxes combined with stock exchanges’ settlement of transactions allow Cum-Ex-traders to successfully claim two or more refunds of withholding taxes that were only paid once. There are variations such as cum-cum but the fundamentals are the same: the profit from these transactions comes exclusively from taxpayer pockets.

An investigation headed by Correctiv, a German non-profit investigative journalism group, involving 38 reporters from 12 countries analysed 180,000 pages of documents to uncover the Europe-wide damage wrought by the bankers’ greed: an organized theft from the tax coffers of at least ten European states, besides Germany, that cost taxpayers about €55.2bn. What needs to be done?

First, the EU Council of Ministers must, for the first time, grant European supervisory authorities crisis intervention rights in order to stop the dirty tax transactions on European financial markets. This system of supervisors was set up in 2010 and has never been activated. The supervisory authorities European Banking Authority (EBA) and European Securities and Markets Authority (ESMA) must use all their special powers to restore the integrity of European financial markets. A temporary ban on trading practices must not remain a taboo. It is the task of the EU’s financial watchdogs to protect taxpayers against white-collar crime.

Second, the ‘Europeanisation’ of the Cum-Ex scandal also reflects the power imbalance between transnational financial criminals and national law enforcement and tax authorities. Therefore, I urge the EU Commission to start work on a European initiative for a European financial market police (Eurofinpol). Only a police force with Europe-wide investigative powers can stand up against Europe-wide organized crime.

Third, the European Commission has established a system of cross-border reporting of tax frauds by tax accountants, lawyers, bank advisors and other intermediaries. Now Germany and other member states must use this system consistently and report fully on incidents. What’s more, intra-German aggressive tax arrangements must be reportable. It is outrageous in view of the Cum-Ex scandal that Peter Altmaier, German Minister of Economic Affairs, rejects a national reporting obligation.

Fourth, also on other important issues, Germany is hindering the fight against aggressive tax avoidance. For instance, the federal government has blocked ongoing negotiations for whistle-blower protection instead of strengthening the position of the very ones that helped to uncover the Cum-Ex scandal at great personal risk.

And last but not least, the German government must finally draw the lessons necessary to avoid such dealings at home. The Green parliamentary group has formulated the necessary consequences after concluding the parliamentary enquiry into Cum-Ex. It is high time for CDU/CSU and SPD to switch from talking and ignoring the scandal to effectively tackling the illegal and fraudulent practices in financial markets and addressing these demands. Law enforcement agencies and tax authorities need full support in clearing up this scandal.

Gerhard Schick, Green MP, initiated the Bundestag’s parliamentary enquiry into Cum-Ex in 2016. In summer 2018, he launched Finanzwende, a non-governmental organisation based in Berlin, to promote the transition toward a sustainable financial system.