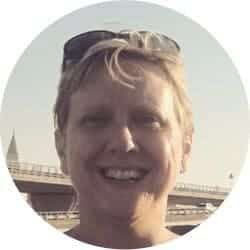 The European Union is characterized by different national social polices (although they are less clearly demarcated than in the past). The Nordic countries present high levels of social expenditure (around 30% of GDP in Denmark, Finland and Sweden), while the continental ones (Austria, Belgium, France, Germany and Luxembourg) have an intermediate level of expenditure (on average 27% of GDP in 2016) and the Mediterranean countries (Italy, Spain, Greece and Portugal), allocate – on average- a quarter of GDP to social policies (2016). Finally, Anglo-Saxon (Ireland and the United Kingdom) and Eastern countries devote, on average, just 20% of GDP (2016) to welfare.

Many economic analysts point out the relative performance of a given social policy compared to others. For example, it is well-known that Nordic countries devote more resources to family policies than Mediterranean and Eastern countries with better results in terms of maternal employment and fertility. In contrast, Southern countries are relatively more engaged in health policies with a life expectancy life greater than 80. 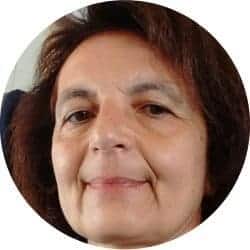 Therefore, it is vital to assess the relative overall performance of social policies in order to detectthe possible positive cross-effects reinforcing each other. For instance, a higher expenditure level in support of families, like childcare, encourages female participation in the labour market and, at the same time, also contributes to achieving other goals such as reduced poverty and income inequality. Likewise, active labour market policies are directly geared to preventing unemployment and, indirectly, they also help contain poverty.

We are building a global composite index using OECD and Eurostat data (2013) to assess the relative performance of welfare policies in 22 European countries. To this purpose, we consider seven sub-sectors of social expenditure (family, health, labour market, elderly, disabled, unemployment, inequality) and we identify some outcome indicators for each sector, related to the expected goal of social policy in each sector such as:

Based on these indicators, we construct a Performance Index (See here for details).

The following table summarizes the results: 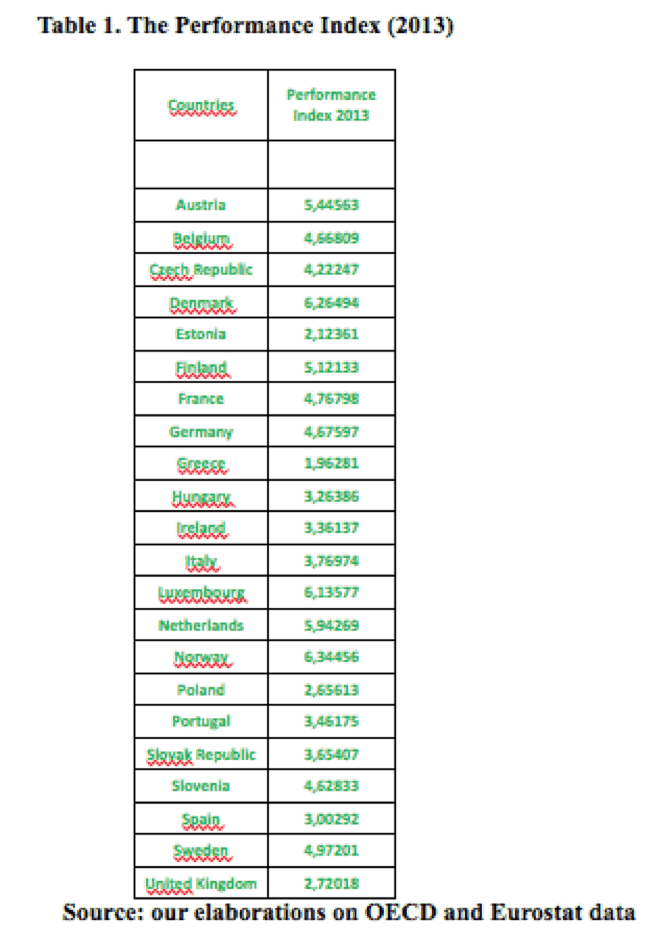 The index ranges from a minimum value of 1.96 (Greece) to a maximum value of 6.34 (Norway) and presents a certain degree of variability also in relation to the net (of fiscal measures) levels of social public expenditure (Fig. 1) The average values of net public social expenditure and performance index are respectively 8.92 and 4.26). 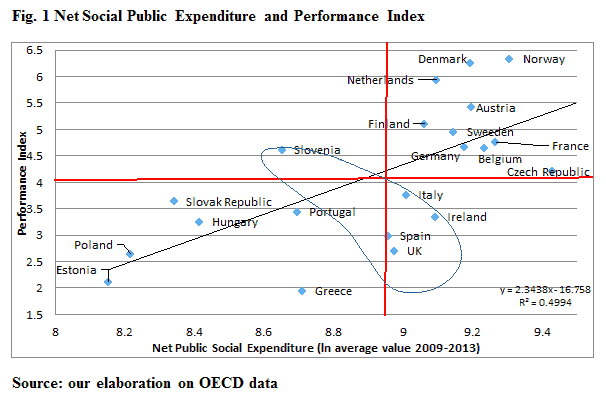 Essentially similar levels of net social expenditure are often accompanied by a high degree of variability in performance (see, for instance, Germany, Austria and Denmark; and Greece, Portugal and Slovenia).

However, in general, higher levels of expenditure are linked to higher performances. A different trend only emerges for circled countries. 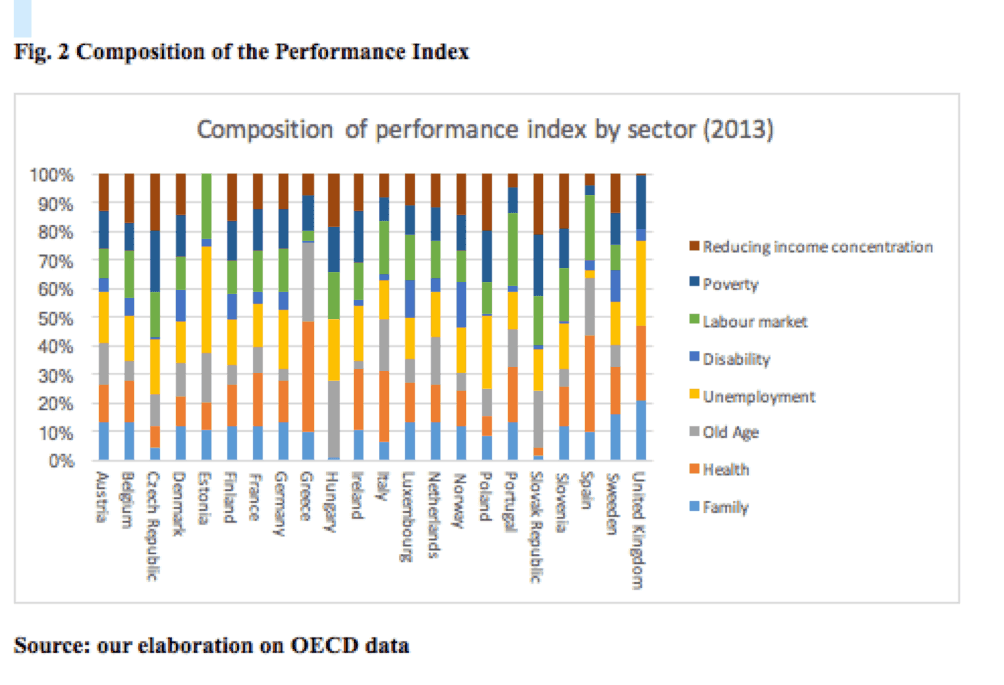 In general (except for a few countries) higher public social expenditure is correlated to better performance. We find that countries with higher global performance are characterized by a lower variability in their sectoral performances (Fig. 2), thus investing resources in inadequate investment in some sectoral social policy even if they allocate more resources in other social areas. Some countries present very limited policies for disability (Hungary, Ireland, Italy, Poland and Portugal), while income inequality and poverty has a very low weight in Estonia as does unemployment in Greece (Fig. 2).   Empirical evidence therefore suggests a reallocation of resources rather than a social spending cut. Social policies following a multi-targeted approach can be preferable because of potentially positive indirect effects of some sectoral policies on other areas of welfare.