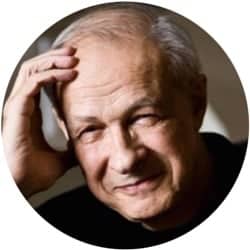 The Eurozone – because it remains an incomplete construct – has reached a critical point where its very existence is at stake. The Greek crisis and its never-ending drama, with the July 5 referendum, the “Grexit” strategy of some member states, the July 13 in extremis agreement and the vote in favour of a third aid plan – already incomplete, precarious and dissatisfying, causing the implosion of the outgoing Greek parliamentary majority – highlight the dramatic incapacity of the Eurozone, in its current governance architecture, to deal with the destructive forces unleashed by the financial crisis.

The Eurozone’s incompleteness has appeared more blatant than ever before. Indeed, a currency is not a commodity; instead it stems from the social contract that has been the anchor of all political communities throughout time. A public good par excellence, a currency cannot function without an organic link to political power: it requires a sovereign. 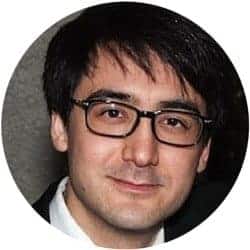 Renewing The Organic Link Between The Euro And The Sovereign

The congenital incompleteness of the Euro arises precisely from this rupture of the organic link between the common currency and political power. The unravelling of the economic and monetary union is becoming a disintegrative force, while the asymmetric evolution of economic structures among Member States is exacerbated by financial divergences. The transfer of authority over monetary policy to the European Central Bank (ECB) – without re-establishing the natural link that makes the ECB the lender of last resort for public debt – is degrading sovereign debt to the level of private debt. Any Member State can thus default on their debt as if the Euro were a foreign currency. This is currently the case for Greece, as it ultimately cannot guarantee the recovery of its debt. What follows is a fragmentation of the Eurozone: a Euro deposited in a Greek bank does not have the same value as one deposited in a German bank.

These institutional tendencies, unique in the world, were programmed via the Maastricht Treaty. From mid-2010 onwards, the explosive forces engendered by the Greek crisis drove the ECB into buying the public debt of certain countries. Specific programmes (SMP and OMT, for example) were developed in order to control the differences between the cost of these debts on financial markets. But, because the continuously declining inflation rate called into question the central objective of this monetary policy, the ECB was forced to rally behind a plan to buy up vast amounts of public debt.

The crux of the problem was revealed by these periods of crisis. The Euro is incomplete in that it does not refer to a recognized common social debt. The bond of trust between European citizens and the common currency, guaranteed by a clearly identified and legitimate lender of last resort, is missing. The bond between the shared currency and sovereign Member States is indirect and moderated through an inter-governmental treaty deriving its legal force after approval by national governments.

For An Investor And Borrower Of Last Resort

The following conclusion then appears to be self-evident for lots of people: putting an end to the problems facing the Euro calls for economic policies to be coordinated at the supranational level. This logically implies the implementation of a European budgetary policy – that is to say a European political executive and, thus, a federal European state. This federal state would need to be formalised by a constitutional settlement at the same level. However, in order to be legitimate, this would require a shared sense of belonging that is lacking now.

As long as this status quo remains, a legal conception of shared sovereignty is premature. Member states see the complete transfer of authority over economic policy as a forfeiture in favour of the EU (by strengthening the automatic nature of sanctions imposed by the European Commission, both legal and administrative, with the possibility of suing a Member State for breach of the fiscal rules at the European Court of Justice). Such a dispossession of sovereignty could drive some to succumb to the opposite temptation – of repatriating control over monetary authority to the national level – under deleterious pressure from nationalist forces. These nationalists are enraged by the regulatory drift that seeks to counterbalance inept government interventions: regulation of the internal market and national budgets as well as intrusion into sectoral policies. Put bluntly, control by the European Commission over budgets voted by national parliaments does not square with any conception of democracy.

It is not the legal sovereignty of the EU that needs to be explored but instead its sovereignty as a public power. The European budget weighs in at a mere 1% of the EU’s GDP and is thus incapable of exercising any form of macroeconomic stabilisation. Public investment has been abandoned and there is currently no impetus for the private sector to escape from the self-fulfilling expectations of low growth. Yet these are exactly the responsibilities of a common public power to be bequeathed with the creation of a single monetary area.

The EU requires an investor and a borrower of last resort. The European economy, threatened by secular stagnation, urgently needs a large stimulus package of loans and investment (from the EU acting as a public power) that Member States are not prepared to take on by themselves given their European-ordained obligations to curb their budgets. The confluence of climate change and the threat of stagnation offers EU Member States a golden opportunity to put in place a common policy that will stimulate innovation in myriad fields ranging from the energy and transport sectors through sustainable renovation to land restoration via the circular economy.

There will not be a European people – viz a European society that adopts shared public debt – and, by extension, a bona fide European democracy, until the total volume of the European budget or, more specifically European public debt, surpasses the threshold that would transform the EU from a regulatory machine into a fully-fledged and legitimate democratic power.

Michel Aglietta is a Professor Emeritus at Paris West University Nanterre La Défense and a scientific advisor at CEPII and France Stratégie. Nicolas Leron is the President of the Paris-based think tank EuroCité (www.eurocite.eu) and associate researcher at the Centre for European Studies at Sciences Po, Paris.