There is a clear case for making gender equality a more visible part of the EU budgetary process. 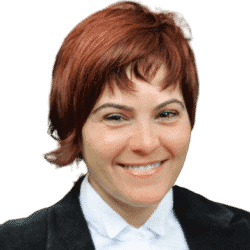 Budgets are not gender-neutral. Women and men have different needs and expectations from public services. These needs and expectations also differ among individuals due to other intersecting qualities, such as ethnicity, social and economic class, refugee and migration status, sexual and gender identity and disability status. For instance, the type of public services needed by minority refugee women with a low income will be very different from those needed by white middle-class men.

However, often distinct needs might have to compete against each other in the context of the allocation of limited public funds. If the diversity of citizens’ needs is not taken into consideration in the allocation of public funds, budgetary policies and decisions can exacerbate gender and other inequalities. This is why feminist economists have long argued that budgets are ‘gender-blind’ and that they need to be ‘gender-sensitive’ or ‘gender-responsive’ to contribute to gender equality or at least not exacerbate existing inequalities. Feminist economists further argue that gender and other inequalities need to be taken into account in all budgetary processes—including budget-making, implementation and accountability.

Similarly, the outcomes of the budgetary process are predominantly determined by zero-sum negotiations which take place behind closed doors between the national governments, rather than open political debate in the European Parliament. The individual member-state contributions to the EU budget was also among the most grossly manipulated subjects in the public discourse preceding the Brexit referendum.

Since the EU does not operate a welfare state and since individual member-states, rather than the EU, provide public services, the obsession with member-state contributions, rather than how EU spending affects citizens, might seem natural. Nevertheless, EU spending can still significantly—and positively as well as negatively—affect structural inequalities facing EU citizens.

First, the EU has made high-level legal and political commitments to respect and aim for equality in general and gender equality specifically in its policies and actions. This commitment is recognised, among others, in articles 2 and 3 of the Treaty on European Union, article 8 of the Treaty on the Functioning of the European Union and article 23 of the EU Charter of Fundamental Rights.

Secondly, most EU programmes and policies involve shared management, in which spending and investment take place at the national level in the light of conditions and criteria determined at the EU level. As a result, the spending of EU funds affects inequalities facing citizens, positively or negatively, depending on whether and how the EU programme or policy in question takes into consideration its implications for equality.

Notwithstanding the EU’s high-level commitments, gender and equality do not play any visible role in the budgetary process. European politics has become increasingly inhospitable at both the national and EU levels towards social-policy goals and equality in general, in the shadow of the prevailing neoliberal economic objectives and the post-2008 austerity discourse.

There is overwhelming evidence that the neoliberal agenda and austerity politics hit women harder than men. Not only have a greater number of women working in the public sector lost their jobs as a result of austerity but women are more likely to be employed precariously on zero-hours or otherwise uncertain contracts. Additionally, women work several shifts to fill the care gaps left by austerity, as it is predominantly women who care for children, the sick, the disabled and the elderly.

This inhospitable political environment is also reflected in tangible EU policy actions and documents: the European Commission replaced its previous gender-equality strategy with a mere ‘strategic engagement document’ in 2016; the Juncker commission’s ten priorities for 2015-19 did not refer to gender or equality at all; and the European Semester does not include any specific mechanisms to evaluate and mitigate the economic and monetary union’s effects on equality in general and gender equality specifically.

In 2015 I conducted an extensive study with Fiona Beveridge, looking into the role of gender in the EU budgetary process and politics in the light of an original, capabilities-based methodology. This revealed the gender-blindness of EU budgetary politics and policies. The study concluded that in the absence of an overall commitment to gender budgeting, even those EU policies that aim to tackle-gender related issues are likely to make little progress, if at all.

This is because societal issues affecting gender equality (such as poverty, gender-based violence, women’s access to education, politics and the economy) are complex and multi-dimensional and they can only be addressed through consistent political action. The study called on the three EU institutions involved—the council, the commission and the parliament—to make a joint commitment to address the gender-blindness of the budgetary process.

Subsequently, the European Parliament’s Women’s Rights and Gender Equality Committee (FEMM) called on all of the EU institutions to adopt a gender-responsive approach to budgeting with increasing emphasis and urgency. Nevertheless, FEMM does not enjoy any formal power in the budgetary process; thus, its opinions are unlikely to translate into tangible results. Perhaps more importantly, however, the parliament collectively adopted a resolution in 2017 calling for all EU institutions to honour the EU’s commitment to gender equality in the budgetary process. Following the lead of the parliament, the European Institute for Gender Equality has produced a toolbox to assist the implementation of gender-responsive budgeting in the EU.

Nevertheless, the parliament’s call has not shifted the position of the other EU institutions that enjoy tangible powers in the budgetary process. An update of the results of the 2015 study has found that little if any progress has been made in gender budgeting since 2015. Most notably, gender equality has not played any role in the commission’s mid-term review of the EU’s 2014-2020 Multiannual Financial Framework (MFF) that sets targets for long-term spending. Neither does gender equality play any role in the forthcoming 2021-2027 MFF. New regulations that are being adopted to reform EU policies and funding programmes in preparation for the new MFF do not recognise gender equality as a horizontal policy objective, even in policies with very obvious effects on gender equality, such as the Justice, Rights and Values Programme, European Social Fund+, European Global Adjustment Fund, Erasmus and Creative Europe.

Countries and polities that show a strong commitment to gender equality in the budgetary process—from Austria where gender budgeting enjoys a constitutional status to Penang in Malaysia where an original, participatory, gender-budgeting process is implemented—adopted gender budgeting not on its own but as part of a group of reforms which aim to accomplish political change and more democratic and accountable governance. As a result, it would be extremely unrealistic to expect a major shift in the EU’s approach to gender equality in the budgetary process in the absence of a shift in the underlying economic and political environment which is inhospitable towards equality.

It is also promising to see the Budget Committee adopt a position on the role of gender mainstreaming in its own work, as this example shows that gender equality is no longer seen as a soft issue to be discussed exclusively by FEMM but instead penetrates the domain of other committees with tangible powers in the budget process. This is due to the hard work of a group of dedicated MEPs who have dual committee memberships and who voice gender-related concerns systematically in the work of committees other than FEMM.

On a less positive note, although the budgetary debates in the plenary provide an invaluable opportunity to press the other EU institutions, and in particular the commission, to adopt a gender-sensitive approach to budgeting, MEPs are yet to seize this opportunity. Gender and equality are not even mentioned in the plenary, even when the debates centre on the particularly gendered issues of economic recovery and migration and security.