Europe can replace all Russian fossil-fuel imports with clean solutions by 2025—but only if it avoids the coal trap.

Since Russia escalated its invasion of Ukraine in February, European countries have been scrambling to plug a gaping hole in their energy supplies. Αs they strive to stop funding Vladimir Putin’s war, Russia is cutting flows of gas to the continent.

To ensure enough energy is available to heat homes and run essential industries this winter, some European governments have announced temporary increases in coal burning. Initial analysis by the think tank Ember indicates that these measures are limited and should not jeopardise Europe’s longer-term climate commitments.

With the prospect of no Russian gas to fill European storage facilities for future winters, however, these temporary measures could lead to a coal lock-in—but only if Europe fails to accelerate investments in cheap renewable energy and to enhance energy savings.

Coal is the single largest source of the global carbon emissions driving the climate crisis—cause of the deadly flooding and heatwaves witnessed in Europe in recent years—and needs to be phased out by 2030 if the European Union is to achieve its climate targets. Analysis by Ember, E3G, RAP and Bellona shows that the EU can remove the equivalent amount of gas typically imported from Russia by 2025 (two years earlier than it plans) through a combination of energy savings, electrification, renewable energy and other supportive solutions. There is no justification for additional coal burning beyond 2025, or investments in new fossil-fuel infrastructure.

Analysis by Bruegel shows that European governments have earmarked around half a trillion euro over the last year to shield citizens and companies from rising energy costs. This is only right: people and businesses need massive government support to get through the coming winter.

The issue is whether this helps accelerate the transition to a renewables-based European energy system—which will permanently bring down energy bills, ensure energy security and contribute to a safer climate—or ends up in a ‘bonfire’ of fossil-fuel payments, subsidies and investments. The fact that EU countries have spent €105 billion on Russian fossil fuels since the war escalated and fossil-fuel companies are announcing record profits does not suggest our leaders have been quick to learn their lesson.

While the European Commission’s REPowerEU plan to eliminate dependence on Russian energy imports and fast-forward the green transition is very welcome, a dive into the details of the plan suggests up to €2 billion could be spent on measures to support the ‘delayed phase-out and more operating hours for coal’. Analysts at Ember recently calculated that a 95 per cent clean power system in Europe by 2035, based on 70-80 per cent solar and wind, would save up to €1 trillion on current plans.

There is simply no economic, social, environmental or energy-security argument for wasting more money on coal. Yet to do so risks fostering a perverse economic pressure to deliver a return.

Despite the overwhelming majority of European countries so far engaging in only very short-term coal measures, some are seeking to use the war in Ukraine and the energy crisis as an excuse for coal expansion. As one of Europe’s countries most dependent on Russian fossil fuels, Hungary has seen its payments for imported oil and fossil gas leap almost fivefold, from €4 billion in 2019 to an estimated €19 billion this year. In response, the government announced in July a seven-point plan to tackle the country’s energy emergency.

Unfortunately, rather than learning from this painful lesson in fossil-fuel price volatility, Hungary plans to invest large sums to extend the lifespan of its hulking Mátra coal power plant until 2029 and to intensify lignite production up to 2030. In the process, it will fail to capitalise on real opportunities to cut energy costs enduringly by unshackling the country’s wind power, tapping into its enormous geothermal potential or addressing its low progress on energy efficiency.

‘Investing’ in coal is always an act of self-harm: money spent trying to resurrect dirty coal plants or expand mines is money lost for good. It is already cheaper to generate electricity from renewables and energy sources such as solar, wind and heat pumps come without the health risks, environmental damage or dependencies associated with fossil fuels. In abandoning its 2025 coal phase-out plan, Hungary will also inflict damage on its high-carbon regions, which will no longer be eligible for support beyond the €270 million they have drawn down from EU just-transition funds.

Elsewhere the outlook is more promising. Between January 2016 and February 2022, 171 of Europe’s 328 coal plants closed or confirmed pre-2030 retirements and that number has increased during this year. On a national level, 17 European countries have stopped burning coal or have committed to doing so by 2030 at the latest, and not one has gone back on this pledge.

Germany’s biggest power utility, RWE, recently conceded that it will exit coal by 2030, eight years earlier than previously planned, while the German government has announced plans for clean energy to provide 80 per cent of its power by 2030. Portugal has ruled out any return to coal, having closed its last plant in 2021, while the Netherlands has announced it intends to double its offshore wind capacity to 21 gigawatts by 2030, makung that its largest source of energy.

Disappointingly, Greece has pushed back its coal phase-out by three years to 2028. But its renewables share increased this year to 46 per cent of power between January and August, and last month the country was entirely powered by renewables for the first time.

Investing in a truly secure, affordable and entirely renewables-based European power system is the peace plan that will bring lasting benefits for people and the planet. The good news for decision-makers is that 87 per cent of Europeans think ‘the EU should invest massively in renewable energies’ such as solar and wind, to reduce its dependence on Russian sources as soon as possible.

Will our governments learn from their mistakes and make the massive investments in the long-term, renewable-energy solutions and energy savings that will deliver the secure system Europeans want? This is the cheapest, fastest and only permanent route out of a crisis their voters expect them to resolve. 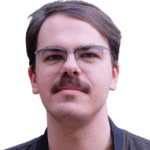