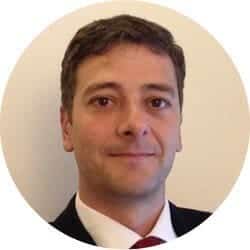 The European Union is not only to establish an internal market but is also to work for the sustainable development of Europe, which is based, in particular, on a highly competitive social market economy aiming at full employment and social progress, and it is to promote, inter alia, social protection.

This is what the Court of Justice of the European Union (CJEU) recently proclaimed in Case C-201/05, Aget Iraklis. The case, which was referred to the CJEU by the Greek Council of State (Supreme Administrative Court), concerned the question of whether the powers of the Minister for Labour to refuse planned collective redundancies under certain circumstances are compatible with EU Law. The reluctance of Greece to abolish this restriction on collective redundancies has acquired a totemic significance in the negotiations between the Greek government and its creditors and in particular the International Monetary Fund (IMF). 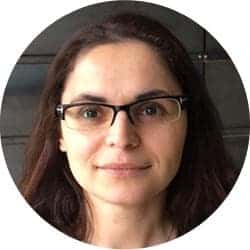 The emphasis of the CJEU on a ‘highly competitive social market economy’ stands in sharp contrast to Advocate General (AG) Wahl’s Opinion, which was delivered in June 2016. In its opening line, the AG had declared: ‘The European Union is based on a free market economy, which implies that undertakings must have the freedom to conduct their business as they see fit’. The Opinion, perhaps predictably, had concluded that the Greek rules were indeed in breach of Article 49 of the Treaty for the Functioning of the European Union (TFEU) and of Article 16 of the Charter of Fundamental Rights of the EU (Charter).

On 27 December 2016, the CJEU delivered a judgment that offered some reassurances but also cautioned the Greek authorities that some aspects of their national laws on collective redundancies may indeed be incompatible with EU Law. In terms of offering reassurances, the CJEU reached four key conclusions. Firstly the judges, correctly in our view, inferred from ‘Article 5 of Directive 98/59 that that directive is intended […] to provide minimum protection with regard to informing and consulting workers in the event of collective redundancies and that the Member States remain free to adopt national measures that are more favourable to those workers’. What this means in the case at present is that the Greek legislation allowing a public authority the power to prevent collective redundancies is not, as often argued, incompatible in principle with Directive 98/59 that regulates collective redundancies at European level.

Secondly and equally importantly, the CJEU held that the mere fact that a Member State stipulates a requirement that any projected collective redundancies must be notified to a national authority, which has simultaneously the right to oppose these redundancies on grounds relating to the protection of workers and of employment, ‘cannot be considered contrary to freedom of establishment as guaranteed by Article 49 TFEU or the freedom to conduct a business enshrined in Article 16 of the Charter’ either.

Thirdly, while the CJEU re-affirmed its Alemo Herron understanding of Article 16 of the Charter as establishing a fundamental freedom to conduct a business, it then went on to stress that ‘the freedom to conduct a business may be subject to a broad range of interventions on the part of public authorities that may limit the exercise of economic activity in the public interest’. Unlike in Alemo, where the CJEU took the view that Member States cannot take measures, which, while being more favourable to employees in transfers of undertaking, are liable to adversely affect the very essence of the freedom to conduct a business, the CJEU held in Aget Iraklis that the veto by public authorities in collective redundancies was solely designed to impose a framework on the ability of companies to proceed to collective redundancies.

Finally, the CJEU accepted the arguments of the Greek government that the veto right of the public authorities could both be justified, as its objective was to protect workers (expressly referring to Article 30 of the Charter), and be proportionate. It went as far as suggesting that ‘it is not apparent that measures of a less restrictive kind would ensure attainment of the objectives thereby pursued as effectively as the establishment of such a framework’.

But there were also words of caution. The CJEU noted that the three criteria, which the Greek public authorities take into account for the purpose of deciding whether they oppose collective redundancies (‘interests of the national economy’, ‘situation of the undertaking’ and the ‘conditions in the labour market’) are not up to the job. The first one was considered to relate to an economic aim, which cannot constitute a public interest reason justifying a restriction on EU fundamental freedoms. As for the second two, while in principle these were found to be capable of relating to the public interest, the CJEU lamented the fact that the administrative authorities’ discretion was unfettered by their overly-generic wording. It then went on to express its expectation that the criteria relied upon by the public authorities be detailed and specific enough so as to allow employers a certain degree of predictability in terms of their application by public authorities and to allow courts to review how public authorities exercise their discretion.

The judgment is certainly to be celebrated, especially by those who read into Article 3(3) TEU’s ‘highly competitive social market economy’ a vision of Europe’s economic (and social) relations that is less straightforwardly committed to an unbridled freedom for undertakings to conduct their business ‘as they see fit’. Fundamental market freedoms remain…, well, fundamental, but they must be balanced against a range of social objectives recognised by the Treaties. While, methodologically speaking, this is a rehearsal of a well-established jurisprudence of the CJEU (the court often cites Viking, a controversial decision on industrial action), the balancing exercise it performed on this occasion is more sensitive to the fact that collective redundancies do not solely affect the rights and interest of undertakings, but also those of workers and, no less importantly, of society at large.

It is now up to Greece’s creditors to acknowledge the judgment and support the Greek government in its efforts towards ensuring the development of a ‘social market economy’ along the lines elaborated by the CJEU.

Nicola Countouris is a Professor of Labour Law and European Law at the Faculty of Laws of UCL. His recent publications include Resocialising Europe in a Time of Crisis (CUP, 2013), co-edited with Mark Freedland. Aristea Koukiadaki is senior lecturer in employment law at the School of Law in the University of Manchester. Her recent publications include Joint Regulation and Labour Market Policy in Europe during the Crisis (ETUI, 2016), co-edited with Isabel Távora and Miguel Martínez Lucio.