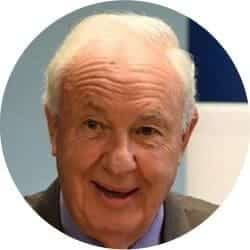 It is both ironic and depressing that the growing muddle and fudge around the UK’s strategy for a post-Brexit future should coincide with the release of the European Commission’s exciting proposals for the next phase of EU development, particularly for Erasmus and Horizon Europe (the research framework programme re-titled) for the period 2021-2027.

By 2020 the Erasmus+ programme will have involved over 9 million students, apprentices and staff. In view of its great popularity and success as an iconic world brand, as well as a trusted way for European students to study abroad, the Commission has now proposed the doubling of its budget to 30 billion Euros for the period 2021-2027. This will permit further deepening and broadening of the programme from its original inter-university base to cover initial and further vocational education and training, building the 21st century profile and capacity of schools, along with investment in youth entrepreneurial initiatives and youth volunteering across the EU.

At the same time, the Commission has also proposed that the budget for Horizon Europe, the framework for investment in research and innovation, should be increased to 100 billion Euros, the highest absolute increase in its funding ever. Horizon Europe is designed to make Europe a front runner in market-creating innovation, launching EU-wide research and innovation missions to boost the scientific, economic and societal impact of EU policy-making and enhance European competitiveness and growth potential.

The programme will build on and expand the work of the European Research Council, the Marie Curie Fellowships and reinforce the Euratom programme. Most significantly, it will underpin the EU’s collective effort to address global challenges with a clear focus on the UN’s Sustainable Development Goals and to assist in the implementation of global commitments – such as the Paris Accord – through effective joint action. Over half of the total budget will be devoted to tackling global challenges, with an overall target of 25 per cent of this expenditure to support climate objectives and eco-innovation. This special focus of Horizon Europe in respect of sustainable development and climate change will be complemented by the Erasmus programme which will fund strategic and cross-disciplinary collaboration between universities on this theme, whilst strengthening and modernising higher education institutions across the EU.

Setting a new level of ambition for Europe’s global leadership in higher education development, science and innovation, both the future Erasmus and Horizon Europe programmes, working in synergy, will target international cooperation on an unprecedented scale. It is now proposed that they will strengthen cooperation with ‘third countries’ which have a proven STI (Science, Technology and Innovation) capacity, striving for reciprocal forms of collaboration. Participation of any third country in these EU programmes will require the signature of a new association agreement which will be subject to very specific conditions set by the EU. Post-Brexit, the UK will fall into this category as a third country and this will be the route to pursue the British Government‘s stated intention to continue to be involved in Horizon Europe and Erasmus “as a full partner”.

However, the conditions set by the Commission include:

Though “nothing is agreed until everything is agreed”, there still remains a possibility, if the UK argues so in its forthcoming White Paper, for such continuing participation as part of the overall UK- EU new partnership agreement. But even this prospect will in no way match the advantages of the present situation in which the UK, as a Member State, has clearly influenced the priorities of the programmes, has often provided the leading and coordinating partner in the funded projects, and, in respect of the current Horizon 2020, has paid in 20% less than it has received in funding – even without trying to calculate the value to the economy of the science the cooperation has produced.

Moreover, the EU reserves the right to exclude third countries from parts of the programme where its economic or security interests might be threatened. Look at the row over future UK participation in the Galileo satellite project to see what this might mean. Involvement as a third country partner would therefore be a much inferior deal to what the UK now enjoys.

As the call for a “people’s vote” intensifies day by day, this is the moment for all those who attach importance to the UK’s capacity to invest in high quality research, education and skills development, together with the British research community, the university and higher and further education sector, as well as students and young people of all ages, to stand up once again to voice their opposition to the negative dynamics and impact of Brexit.

They are even with the so-called cabinet agreement of 6 July. Student unions continue to voice their firm opposition to any form of Brexit. The research community, including most recently the Royal Society, has voiced its fears about the quality and mobility of researchers and the negative impact of Brexit on present and future investment in research affecting so many sectors of priority importance to the future health of the UK economy and society. I doubt this intention was in the minds of most of those who voted to leave.

Hywel Ceri Jones is Former Director General of the European Commission's Directorate General for Employment, Social Policy and Industrial Relations (1993-1999). He is also Founder of Erasmus programme and former Chair of the European Policy Centre and ex-Director of NEF