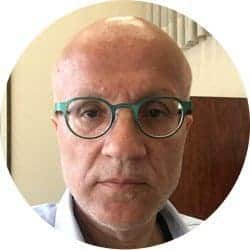 Austerity, coupled with wage and pension cuts, increased taxes on incomes and property, a severe recession, high unemployment and poverty rates, especially in Greece, are often regarded as the cause of a significant increase in inequality in the crisis-hit Southern European countries. However, even before the crisis, two of these countries (Portugal and Italy) ranked at the high end of inequality among the OECD countries, reaching as high as 6th and 8th place, respectively, while Spain and Greece ranked 16th and 17th, respectively (2008).

Empirical approaches to inequality, based on the Gini-coefficient, lead, however, to unexpected results. In comparison to 2008, inequality has increased by just 1.1 to 2.3 points (2012-2014, depending on the country), in Greece, Italy and Spain, declined in Portugal and increased by 3.1 points in Cyprus (2008 to 2016). As a result, Spain, Greece and Portugal now hold the 7th to 9th places in the OECD ranking (2016 data). It could be argued that these developments are compatible with the findings of Thomas Piketty, Walter Scheidel and others, who have shown that inequality decreases during structural crises, violent shocks, and other exceptional conditions, but increases again in times of prosperity. Yet, this relatively slight change in inequality amidst severe economic and social turmoil, when millions of households and individuals change position on the income scale, and, often, social status, is very puzzling and merits deeper analysis. 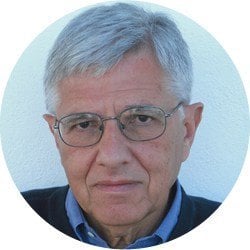 In a study on ‘Crisis Management in Greece. The Shaping of New Economic and Social Balances’, published in 2018 by Hans Böckler Stiftung, we try to examine the many types of inequality and explain why the complex and often contradictory aspects should be approached from different angles. We seek to understand the connection between the crisis and inequality in Greece, examine whether statistics correspond to the reality experienced by large parts of the society and determine to what extent the typical tools for detecting inequality reflect appropriately the dynamic changes during this period.

Many types of inequality have been calculated (inequality within wages, pensions, and other types of income, before and after taxation, between genders, etc.), which go far beyond the typical aggregate inequality indices. Our aim here is not to present all these results, but to highlight (on a selective base) some important qualitative aspects, which should be taken into account in assessing the social reality.

Based on such an approach, we would like to emphasize the following observations and remarks about the true Greek situation:

In conclusion, an analysis of the impact of the crisis on inequality (or vice versa) needs to go far beyond the typical inequality indices. The level and trends of inequality are not only determined by developments in market or disposable income or in public social expenditure. Even the aspects we examine in our analysis give merely a partial picture of the problem. To a substantial degree, inequalities are also determined by many other qualitative factors, such as the rule of law, government effectiveness, the functioning of the judiciary, meritocracy, the control of corruption, the creation of opportunities, fairness and trust in the social and political environment. Such factors can be much more important in reducing or increasing inequality and affecting its impact on economic growth or the macro economy in general.