Strong public administrations and well-funded public services are needed to ‘build back better’ after the pandemic.

Today is International Public Service Day—a day to celebrate the contribution of public-service workers to our communities. For unions representing public-service workers, it is a day of action for more investment and better working conditions, and a day of resistance to austerity policies, commercialisation and the privatisation of public services.

The phrase ‘build back better’ has been widely used in discussions on post-pandemic recovery. In the recovery plans of the European Commission, ‘better’ is greener, more digital and more resilient. But less attention has been paid to the services and workers who will implement the transition in the interest of us all.

To deliver on these commitments, we however need strong public administrations. These are required for the strategic planning, development of infrastructure and monitoring to ensure recovery plans do in fact contribute to a Europe as the commission envisages—one that benefits us all, not a few.

Strong public administrations are needed to protect against misuse of funds and resources, and to prevent corporations avoiding taxes, violating environmental standards or exploiting workers. Well-functioning judicial systems, tax administrations and agencies which fight corruption and unfair competition are crucial for recovery efforts.

Regrettably, however, years of austerity policies, mainstreamed through the European Union’s fiscal framework following the 2008 financial crisis, have resulted in a severe shortfall in funding for these public services. If we are to build back better, a return to the failed austerity policies of the past is not an option: debt reduction and balanced budgets can no longer be prioritised over investing in, and funding day to day, the services needed to deliver that goal.

Well-funded public services provide a solid foundation upon which other sectors can operate. Workers in general benefit from public services such as childcare, which enable parents to work. Public eldercare services provide much-needed support for senior citizens, workers and their families, and public education systems ensure a highly-skilled workforce. All industries use public infrastructure, such as electricity networks, and the vast majority depend on research carried out in public universities and research institutions.

The pandemic has underlined too that all sectors rely on strong, public, social-protection systems. Public services and the welfare state will provide crucial support for industry and private services in the post-pandemic recovery, and must be strengthened so that they can assist workers and industries in a future built for everyone.

On Public Service Day, it is important to recall that the public sector is a key economic actor in its own right. As detailed by economists such as Ha-joon Chang and Mariana Mazzucato, historically, the state—including municipalities and public companies—has played an important role in innovation.

But the European Commission’s bias against public enterprise prevents it from doing even the obvious. Two decades ago, the EU could have created its own solar-panel production facilities—a lack of the foresight which, in the evolving climate crisis, could have helped to scale up and roll out renewable energy much more quickly.

The same mistakes have been made in response to the Covid-19 crisis. Outsourcing vaccine production to the private sector, rather than taking the reins itself, has been another missed opportunity for the EU. Once again, the shortcomings of outsourcing and reliance on the private sector to deliver public services have been revealed, as private companies failed to deliver on their promises. The UK government’s decision to contract out its test-and-trace service to generalist contractors such as Serco, rather than rely on specialist public-service expertise—leading to a damning report from Parliament’s Public Accounts Committee—is just one example.

A big change in thinking about the privatisation and commercialisation of public services is needed. There are many ways public companies which promote the public interest can play a role in the EU’s political project. For example, the data clouds required for the digitalisation of many industries and public services could, and indeed should, be publicly owned.

Providing sensitive public data to commercially operating companies such as Amazon Web Services makes little sense and could even undermine EU values and democracies. Investing in highly secure, publicly-owned digital networks, with data and privacy protection and public oversight, could be a key part of a longer-term vision for the EU.

But the commission continues to promote the private sector, with euphemisms such as public-private partnerships, blended finance and new ‘industrial eco-systems’. This can be seen throughout a string of policies, such as the industrial strategy and the circular-economy action plan. And the outcome is always the same: public funds are captured by the private sector while the role of public enterprise is reduced.

The Conference on the Future of Europe is a chance to address how public services contribute to a social Europe. One way to do this would be systematically to benchmark EU policies on whether they deliver on protocol 26 to the Treaty on European Union, on services of general interest, and if they help towards the realisation of human rights and the European Pillar of Social Rights.

One of the biggest crises facing Europe’s public services is staff shortages, notably in health and social care. This is a direct result of decisions to reduce budgets and is exacerbated by burnout amongst workers, which in turn deters prospective colleagues.

Despite widespread applause for frontline staff at the beginning of the pandemic, governments and employers are still trying to cut costs. Predominantly female workers in social care are stuck with precarious contracts and low pay, as was recently recognised by the Council of the EU itself.

Valuing public services means valuing workers, so as to match their contribution to society. The EU needs fundamentally to revise its priorities. Rather than extending and deepening the single market, the focus should shift towards pursuing a transformation that puts people and our planet before profits and creating the necessary framework for individuals to realise their human rights. Public services, and public-service workers, play a crucial role in realising this vision. 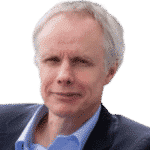 Jan Willem Goudriaan has been general secretary of the European Federation of Public Service Unions (EPSU) since 2014.