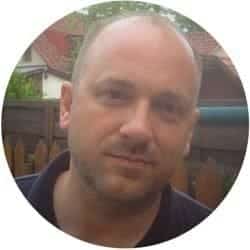 The British Labour Party currently teeters on the brink, trapped between following many of its northern supporters in supporting an end to the freedom of movement, and following its voters in most large cities who voted strongly to remain in the EU and are becoming increasingly anxious at the prospect of a ‘hard Brexit.’ As the governing Conservatives have a tiny majority in Parliament, how Labour conducts itself is of critical importance. If it were to threaten to force an application for membership of the EEA, large sections of the working class might be alienated. If it is seen as enabling a ‘hard Brexit’, the liberal side of Labour, largely its supporters in London and other large cities, will be, and indeed are becoming, outraged.

Going beyond a simple left-right split, Brexit has uncovered deep and often complex historical fractures. In polling conducted back in the 1990s by the late psephology guru Philip Gould, Europe and migration always emerged as major issues amongst electorally crucial groups of skilled manual workers. Tough language on migration and harsh actions aimed at asylum seekers were reinforced by the idea, always prevalent in Tony Blair’s speeches and the rhetoric of New Labour, of a Europe of ‘competitors’ to whom the UK needed to offer ‘the leadership in Europe which Britain and Europe need’ (1997 manifesto). Europe’s role in the wider New Labour picture – which was a firmly pro-European project, but as part of a broader Atlanticist approach – was always instrumental.

Therefore, following precedent, many of those formerly known as Blairites find themselves arguing against freedom of movement, and therefore effectively for ‘hard Brexit’. Jeremy Corbyn, following his own long-held defence of migrant rights, refuses, however, to condemn freedom of movement, thereby leaving the door open to the UK remaining associated with the EU. Yet the line followed by the leadership refuses to militate in favour of a ‘soft Brexit.’ The focus upon ‘access’ to the single market, combined with increasingly anti-immigration rhetoric from high-profile MPs, such as Andy Burnham and Stephen Kinnock, means Labour isn’t, from a distance, clearly differentiated from the Tories.

The party’s dilemma is a direct consequence of policies pursued by the New Labour governments from 1997 to 2010. In office Labour failed to listen to British working class complaints about how casualisation, welfare changes and other economic upheavals were affecting them, but it also failed to understand anything about the Polish, Latvian or Hungarian working class either. In 2004, some areas of Hungary still had a non-employment rate of around 80% – in terms of poverty, exceeding the most deprived mining villages of the North-East of England. The UK didn’t apply work restrictions on the countries who acceded to the EU in 2004. Towns in the UK which had often been considered grey places to aspire to escape from suddenly became places to escape to.

If anything, the lack of insight about how enlargement was likely to play out reflects the failure to build a truly European politics. The long-term consequences for ‘push’ countries in the East are likely to be severe, as skills shortages, a brain drain and an increasingly noticeable decline in tax receipts begins to affect economies. The short-term consequences for the UK economy have been, if anything, more amenable, with high numbers of productive young people entering the country, many of whom are likely to settle in the medium and long term. Yet for those on low wages, whilst there is little clear evidence that migrant wages have depressed overall pay rates, it may feel as if they have for those at the sharp end of a heavily unequal society, where real wages have been stagnating. It is possible that the high levels of migration addressed a number of emerging skills shortages, and that this itself, rather than depressing wages in some areas of the labour market, prevented wages from rising as they otherwise would.

The 2008 financial crisis undermined confidence in the heavily indebted UK economy, and the direction of the Brown government heralded both an early version of austerity and draconian benefits assessments (Work Capability Assessments), which were clearly targeted against the working class,. The UK social security system, contrary to legend, is full of punitive measures and poverty-level benefits. British workers – especially those in the lower quartile of wage earners – are being badly squeezed.

It remains hard to see a positive outcome for the working class if Labour attempts to pander to the Right’s anti-migrant agenda. The party should point out that the Brexit medicine may worsen the affliction – that a country which has so many connections around the world, and which acts as a transport hub, simply cannot decide that too many people are entering, unless it actually closes its borders. Leaving the EU may not reduce the number of foreign workers in total. The government may be content to reduce European workers’ status to that of guest workers. If anything, this could depress wages further, signalling a still more temporary and casual workforce.

Now Labour politicians are required to stand up against a process of ‘hard Brexit,’ which is set to damage an already shaky economy, reduce the life chances of young people and affect institutions upon which the working class rely. The campaign to achieve a close association with the EU is now equated with a fight for a diverse and civilised country. The popular mood may swing firmly against Brexit, once a glimpse of the isolation and economic pain it may bring becomes apparent.

If the forces pushing for a hard Brexit win, they will seek and find more scapegoats, more foreign things to blame when life gets worse and the economy declines. Theresa May, the Prime Minister, has a long history of anti-immigrant politics, and anti-internationalism. In a spiral of blame, how might anti-foreigner sentiment be satisfied, once tighter and tighter rules fail to improve the situation? If Labour survives, and converts again to Europeanism, as it supposedly did in the late 1980s, it must truly believe and enact it this time. We don’t have to accept the way the EU is right now, but the prospects for a social Europe, in 2016, seem better than the chances of a socialist post-Brexit UK. 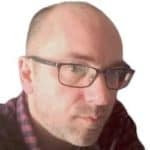 Carl Rowlands is an activist and writer who lives in Budapest.