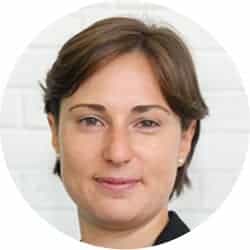 The Great Recession had lasting effects on European labour markets, both in terms of employment levels and structure. Not only did employment rates drop significantly – taking years to return to pre-crisis levels, with some countries not fully recovered yet – but the crisis also accelerated structural change and generalised a pattern of job polarisation across Europe. In other words, we witnessed a relative decline in mid-paid jobs compared to those at the top and bottom of the occupational structure.

But what happened to workers who lost their jobs during the recession, beyond the headline unemployment statistics? Did they remain unemployed or were they able to find other jobs? And what kind of jobs? Were the opportunities for upward occupational mobility affected by the crisis?

The crisis not only changed employment levels and structure, but also the flows and transitions between jobs and different employment statuses. In a recently published Eurofound report, we investigate patterns of employment mobility and occupational flows associated with broad labour market developments during the crisis in countries with different economic and social structures. The main findings show that even countries with very different social systems can have a similar degree of occupational mobility in their economies. We evaluated the nature of these flows from an occupational perspective, taking into account the quality of the jobs from and into which labour is flowing, by differentiating them into wage quintiles. The analysis was carried out by comparing labour market transitions from 2006 to 2013 in six European countries (France, Italy, Poland, Spain, Sweden and the UK), among which a significant degree of cross-country variation in mobility patterns was expected, both because of a different institutional setting and a heterogeneous impact of the crisis in terms of duration and intensity. Three separate time periods were analysed: just before the crisis (2006–2007), immediately after (2009–2010), and a few years into it (2012– 2013), when some countries started to recover and others remained in recession.

The results distinguished three pairs of countries on the basis of the degree of occupational mobility in their labour markets:

The fact that Poland and Spain, the two countries with the largest shares of temporary employment in Europe, generated by similar labour market reforms (although 20 years apart), and France and Italy, characterised by comparatively less dynamic labour markets, are paired together is not particularly surprising. But the pairing of Sweden and the UK is somewhat unexpected; these countries had similar employment and occupational flows despite their very different socio-economic models, which are often described as being at opposite extremes of European classifications (for instance, Sweden and the UK have the lowest and highest levels of wage inequality in the EU, respectively).

Furthermore, occupational mobility in Sweden and the UK remained high during the crisis, although this partly reflects better general economic conditions (both are non-euro countries whose employment levels recovered faster though the UK saw a fall in real wages). In both countries, there was a high level of mobility not only between employment and unemployment but also between different categories of jobs and pay levels. And although the transition from unemployment into employment is more often into low-paid jobs rather than high-paid jobs, the fact that there are no equivalently high flows from low-paid jobs into unemployment suggests that low-paid jobs in Sweden and the UK do offer chances of later advancement

Source: EU-SILC (authors’ calculations). Mobility tables for other countries and further breakdowns available in the report.

Yet notwithstanding these remarkable similarities, a closer look at mobility flows taking into account relevant individual characteristics, such as being a woman, reveals substantial differences which one would expect when comparing Sweden and the UK. Indeed, being a woman in the UK increases the risk of losing one’s job relative to men, while in Sweden the effect is exactly the opposite or otherwise insignificant. Similarly, the negative effect of the arrival of a new child in the household on women’s employment is clear in the UK but negligible in Sweden, where the social system is very supportive of maternal employment. This suggests that a high level of mobility can be the result of (or, at least, can coexist with) very different socio-economic models.

While a certain degree of occupational mobility as in Sweden and the UK is probably desirable, to the extent that it is not limited to the lower occupational levels but allows the possibility of upgrading to better jobs, a proper evaluation of the actual implications of each type of transition for the individuals affected would be needed to draw sound policy implications. This would require expanding the analysis to the actual wage and income levels involved, as well as the generosity of unemployment benefits and other attributes of the social system. However, these results show that there is no single track to higher occupational mobility.

Overall, our results show very different patterns and levels of mobility in the six European countries studied. While through the recession high-mobility countries like Sweden and the UK maintained a very dynamic labour market, the crisis hit particularly hard in Spain and its effect on unemployment risks expanded into the middle quintiles (with only the top quintile remaining more or less protected). A better understanding of the flows that lurk behind aggregate numbers, that are continuously taking place into and out of employment and from job to job, is necessary to understand the impact that the recent crisis had on life chances among individuals.

This blog is sponsored by Eurofound.

Martina Bisello has been a Research Officer with Eurofound since April 2014. She completed an International Doctoral Program in Economics. Enrique Fernández-Macías is a Research Manager in Eurofound. He holds a PhD in Economic Sociology from the University of Salamanca and his main research interests are job quality, occupational change and the division of labour. Vicenzo Maccarrone is a PhD student in Industrial Relations at the Smurfit School of Business. He holds an MA in Economics from the University of Torino and the Collegio Carlo Alberto. His research, funded by the Irish Research Council, focuses on the impact of the new European economic governance on the industrial relations of Italy and Ireland.