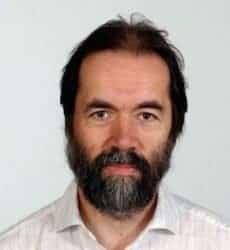 Everyone has heard of neoliberalism, but not many outside Germany have heard of ordoliberalism. I’m hardly an expert on it either, and in particular I know very little about the particular thinkers involved and the many varieties of each concept. However as an economist it seems to me that ordoliberalism is much closer to economics than neoliberalism.

The clear difference between the two ideologies involves the role of the state. Neoliberalism wants to minimise the role of government, and in particular is naturally against all forms of state interference in markets. Its attitude to markets is essentially laissez-faire: leave market participants alone. In contrast ordoliberalism sees a vital role for the state, in ensuring that markets stay close to some notion of an ideal market. In particular, ordoliberals believe that without a strong government powerful private interests would undermine competition. This view is often credited with inspiring strong competition laws in Germany, and perhaps also in the European Union (see this paper by Gerhard Schnyder and Mathias Siems). In this respect, Ed Miliband’s proposals for UK banking discussed by Chris Dillow are rather ordoliberal.

Ordoliberalism therefore seems much closer to the attitude an economist would naturally take. There is a clear sense in which perfect competition is an ideal in certain situations, but no clear reason why this ideal should obtain naturally. There are plenty of reasons why imperfect competition may persist, and only a few may be the consequence of government ‘interference’. There is therefore an obvious role for government to counteract anti-competitive behaviour by ‘big business’.

From this economics perspective (with apologies to John Kay), there is no reason to limit the role of the state to preventing anti-competitive behaviour. There are many other market imperfections that can be eliminated or reduced through government action. For example externalities can be tackled using particular types of taxation. The very use of the term ‘market imperfection’ seems to match the ordoliberal perspective. Whether this broader view of market failure and a role for state intervention is taken on board in ordoliberal thought is less clear. This is rather important for reasons that I’ll come to.

Once you see the state as necessary to achieve a market ideal, you need to worry about how you get the right sort of state. Ordoliberal thought sees the same danger of vested interests subverting the ‘proper’ functioning of the state just as they see in big business subverting perfect competition. There seems to be limited faith in democracy ensuring this does not happen (perhaps for obvious historical reasons), and instead a focus on rules and independent institutions. This would include, for example, an independent central bank: again there are parallels with current economic ideas. You can perhaps also see this focus on rules in the Eurozone’s fiscal compact.

There are of course many respects in which ordoliberal and neoliberal views are similar. One is an antagonism to Keynesian ideas, as I have noted before. Yet even here I think there is a potential difference. The neoliberal rejection of Keynesian demand management, even at the zero lower bound (or within a monetary union), is straightforward – it is a form of government intervention in the market. However it is less clear whether the rather limited Keynesian policies advocated by New Keynesians have to be incompatible with basic ordoliberal ideology. If you see the friction generated by sticky prices as something that generates externalities, then you can see a role for the state in limiting the impact of these externalities. Most of the time (or at the level of the monetary union), this intervention could be handled by monetary policy, but at the zero lower bound or within a monetary union countercyclical fiscal policy could play a role. In other words, while it is clear to me why a neoliberal would be anti-Keynesian, it is not so clear why an ordoliberal has to be.

So to summarise, I think any economist – if they are open minded – can see the problems with neoliberalism. You might say that neoliberalism borrows from economics only in the sense that astrology borrows from astronomy. Ordoliberalism, because it admits the possibility of market imperfections and a role for the state in correcting them, seems – to adapt a phrase from Margaret Thatcher – more like an ideology that economists can do business with.