Inter-firm differences are not only widening wage gaps but also threaten wider social division among workers.

Across Europe, as other rich economies around the world, inequality in earnings is on the rise. Economists have found a strikingly common pattern: wage inequality is mainly growing because differences in average pay between firms are growing.

Inequality between individuals due to differences in their qualifications or skills can be addressed through more or better-matched training. Where it is related to personal characteristics, support or legislation against discrimination can provide recourse. But growing inequality between firms means high pay increasingly depends on being employed by a high-paying firm.

Worse, the different types of inequality—individual and inter-firm—reinforce each other, as a worker with greater earning potential is more likely to work in a better-paying firm. This polarises society between those who find their way into the best-paying firms—which are more productive, have higher market shares and pay out some of their profits to their employees—and those stuck at the lower end of the wage distribution, in firms that fall behind in productivity, operate in a more competitive environment and provide poorer conditions and less job security.

These pay differences are indeed generally worse in contexts where there is less mobility between firms and workers experience more difficulty moving. Indeed, as the differences between firms widen, individuals from some groups may find it increasingly hard to secure better positions. They can contribute to the labour-market disadvantage of women specifically: around a quarter of the gender pay gap can be attributed to women not getting into the highest-paying firms.

Similarly, migrants and even their descendants tend to work in the lowest-paying firms, which keep themselves afloat partly by competing through offering poor wages and bad conditions. One of the traditional ways in which outcomes improved for migrants over time was exactly through moving to better firms. A more polarised labour market can make it harder to tackle such structural disadvantages.

Why is this happening across countries? On one hand, it seems driven by a common trend where the workforce in a company is increasingly homogeneous, with a focus on the company’s core tasks. This focus, rewarded on the stockmarket, is facilitated by innovations which allow for greater automation, as well as international links and trade which permit the offshoring of certain tasks and institutional and technological changes which make it possible to outsource tasks domestically. David Weil describes this as the fissured workplace.

On the other hand, firms increasingly diverge in productivity and market share—again spurred by new technologies and trade, which widen the differences between successful firms and laggards. Institutional changes have meanwhile given firms more leeway in setting wages, through deregulation, reduced scope for higher-level collective bargaining and weaker trade unions. Firms thus increasingly bargain individually with workers. The result is lower wages generally, as employers hold overall advantage, but within that greater inequality, reflecting differences between employees in their bargaining position.

This makes for a problematic combination. Economic trends push the productivity and market power of firms further apart, while weakened institutions bring greater discretion in pay-setting.

To tackle this growing dimension of inequality, one avenue is to strengthen the position of workers when bargaining on wages, through reinforcing the role of collective agreements on pay and setting strong minimum standards. Powerful trade unions and collective bargaining at a higher, centralised level support bargaining for all workers and so help reduce this divergence among firms. Increasing the bite of minimum wages meanwhile stems inequalities in pay, especially between firms—the new directive on minimum wages in the European Union is a positive step forward.

A second route is to reduce the widening gap in performance between firms by helping those lagging behind. This could mean more training or support in making use of newer technologies or loans for catching up.

Thirdly, part of the reason pay increasingly differs between firms is an imbalance in power where some labour markets have become very concentrated, dependent on one or a few employers who can then determine wages—so-called monopsony. Indeed, recent estimates suggest this affects around 60 per cent of workers. In product markets such concentration is monitored and addressed, but this does not happen enough in the labour market. In a non-competitive environment, wages are generally too low.

All this means we must look at productivity differences between firms and how they affect wage inequality. We should be mindful of the potential division between workers, depending on whether they can secure access to better-paying positions or remain mired in jobs with fewer opportunities and lower pay.

Wouter Zwysen was one the speakers at the ETUI/ETUC conference ‘A Blueprint for Equality’ in June, for which Social Europe was media partner; anyone who missed the event or would like to watch the debates again can do so here 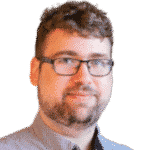 Wouter Zwysen is a senior researcher at the European Trade Union Institute, working  on labour-market inequality and wages, and ethnic and migrant disadvantage.