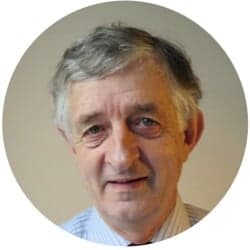 The British Chancellor of the Exchequer, George Osborne, has had good mileage out of his claims that the UK has the fastest growing economy in Europe. His claim is correct, at least for the larger economies in Western Europe in 2014 and 2015, but pride may come before a fall. The Eurostat forecasts are that GDP growth in the UK will slow in 2016 and 2017 and be lower than in Sweden, Spain, the Netherlands and Ireland, although a little faster than Germany and especially France.

The bigger picture for the UK is dominated by what Claudio Borio of the Bank for International Settlements (BIS) calls financial super-cycles. These are credit cycles lasting around 20 years which underlie the UK’s boom and bust economy. Typically on a long upswing Chancellors feel bullish as tax revenues pour in. Gordon Brown famously announced in a March 2002 speech to a major trade union (TGWU, now Unite) that the UK has ‘stability not boom and bust’ due to his policies on central bank independence, inflation and government deficits. 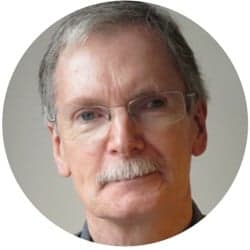 Even in May 2007 Gordon Brown had no inkling of what was about to hit the UK as the credit cycle took a sudden downturn leading to bank failures. The UK economy has never properly recovered and per capita GDP remains 16% below the long-established pre-2008 trend. Something similar has happened in other western European economies including France and Italy but not Germany. The UK credit cycle remained very subdued after 2007, with the number of housing loans at only half of the pre-crisis level until 2012, but then revived with loans subsequently up by 60%. Hence the UK’s current mini-boom.

The credit cycle is important as one of the chief drivers of economic growth alongside world trade and government tax and spending. The UK Chancellor’s target of a balanced budget by 2019/20 depends not only on his own spending plans but also on rising tax revenues and hence on consumer spending and private investment, both underpinned by credit.

The Chancellor is encouraged by the optimistic forecasts of the independent, but official, Office for Budget Responsibility. Credit cycles play a limited role in OBR forecasts. Instead the OBR rely on mainstream economic theory which gives primacy to supply side expansion. The OBR make assumptions about the growth of productivity and labour supply and combine these to project a future path for productive capacity. They then assume that since full capacity working is now close, the economy will grow at the same rate as productive capacity, essentially forever except for unforeseen shocks. For the UK this means an OBR projected growth rate for GDP of close to 2.4% per annum.

Although this is a standard approach for many forecasters, we view it as limited and unhelpful. One obvious shortcoming is that it fails to foresee major downturns. Most models in this tradition failed completely to anticipate either the recent economic crisis or the weakness of the subsequent recovery. In an attempt to overcome these shortcomings we have developed a new model in the Keynesian tradition, without any of the supply-side assumptions. Supply in the form of capital stocks and labour supply, of course, play an important role, but in our model they are determined within the model and dependent on expected demand. Firms will only invest if they anticipate a market for their goods or services, and productivity depends a lot on investment. Our model also differs from the OBR in the importance given to the credit cycle. In our model once the credit cycle weakens, consumption and investment start to slow.

The first forecasts from this model were published in December at the Centre for Business Research. Like the European Commission we expect the UK economy to slow in 2016 and 2017. However, our real focus is on the medium and longer terms. Because the Chancellor is planning cuts in government spending and because we expect the credit cycle to be slowing, before turning down after 2020, our forecast is that GDP growth will slow to little over 1.0% per annum by the end of this decade. Slow growth in GDP, combined with higher interest rates and the recent upturn in wage growth will, in our view, lead to an end to the jobs boom which has been such a remarkable feature of the UK economy since 2012. Since we do not assume that the UK will leave the EU our expectation is that immigration will continue at a high level even without much growth in jobs, just as it did in 2009. The combination of low job growth and high immigration means that we expect unemployment to begin rising once more after 2017.

It has taken us three years to build this new model, and from the trials we have conducted, we believe it represents a more realistic projection of the future performance of the UK economy than the OBR and others.  It also serves as a warning shot to the Chancellor that a consumer credit boom and escalating house prices will lead to yet another boom bust cycle.