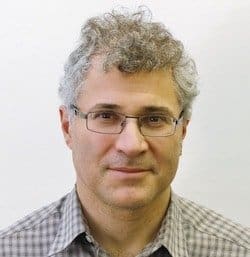 The right to free movement is one of the founding principles of the European Union, however it has also been a source of controversy, particularly among Eurosceptic parties across Europe. In an interview with EUROPP’s editor Stuart Brown, Jonathan Portes, Director of the National Institute of Economic and Social Research, discusses the economic costs and benefits of free movement and why policy-makers should be more open about the potential gains from immigration.

Of all the arguments made against the European Union by Eurosceptic parties, one of the most common is to criticise the provision of free movement rights for EU citizens. From an economic perspective, what are the basic anticipated benefits behind the principle of free movement within the EU?

We have to remember that the European Union – or as it was then, the European Coal and Steel Community – was founded on four basic principles: free movement of labour, capital, goods and services. The point was to promote trade, in the widest sense, within the European area, which of course expanded over the years. The idea was to establish a liberal market economy where people could trade with each other across borders and the free movement of labour is part of that.

So the benefits are very much the benefits that economists in general think you get from removing barriers to trade: removing barriers to goods, services and people that prevent them from moving around freely within a given area. That was the basic principle that underlined the free movement of workers and that still very much holds today. We’ve established free trade in goods within Europe. We’ve largely allowed for the free movement of capital within Europe. We’re still trying to ensure that services can be bought and sold reasonably freely within the European Union, and workers can also move around the EU freely.

These are the four pieces of the puzzle and the economic benefits are that resources are allocated more efficiently; people, goods and services are allocated according to comparative advantage; and in the case of workers, people move to where they’re best suited and where there are opportunities for them.

These are theoretical benefits, but how does the evidence stack up in the UK? Does clear evidence exist that the UK has benefited economically from free movement?

It’s difficult of course to separate out the impact of the free movement of workers from all of the other things which are going on in the UK’s economy. What is clearly true, however, is that the UK’s labour market has become much more flexible over the last 30 years and I think you need to see immigration in general, and free movement within the European Union in particular, as part of that. I think that on the whole we have gained considerably from that flexibility. We’ve had faster growth than we otherwise might have had. We’ve had more jobs than we would otherwise have had. And on the whole we’re richer and more prosperous in per capita terms than we would otherwise have been.

Free movement of people within the EU has real benefits according to Jonathan Portes.

Perhaps the most common objection in the UK is the notion that free movement might increase unemployment or lower wages for British citizens. Is there any evidence to support this argument?

In the case of unemployment there is a lot of evidence to suggest that this isn’t the case. The theoretical principle is quite clear. Immigration doesn’t necessarily cost jobs; this is the ‘lump of labour’ fallacy – the idea that there are only a certain number of jobs to go around. Immigrants who move into a particular area increase the supply of labour, but they also increase the demand for labour because they produce things, they buy things and they thereby create demand in the local economy. In a particular case you don’t know whether that’s going to mean more jobs or fewer jobs, but on balance in the medium to long-term we tend to think there will be about the same number of jobs for native people as there were before.

And all the empirical evidence that we have suggests that any impact on unemployment from free movement of workers has been too small to detect statistically in the case of the UK. That doesn’t mean it isn’t there, but if it is there it’s exceptionally small to the extent that it’s negligible in comparison to other factors. Again, that doesn’t mean to say that certain individuals haven’t been disadvantaged, but other individuals have correspondingly been advantaged by free movement. Overall it seems at worst to even itself out.

Now where there possibly has been some more effect has been on wages. There is some evidence, although it’s not conclusive, that wages have been pushed down for some low-skilled workers by free movement. I think we have to recognise that this is a cost and that some people lose out. It’s not a very large effect compared to all the other things going on in the labour market – the impact of trade, the impact of globalisation, the impact of outsourcing, the impact of the national minimum wage – but there probably is some effect there.

Given there is arguably a disjoint in the UK between the empirical evidence and public opinion over the issue of free movement, do policy-makers need to do a better job of articulating the potential benefits to the electorate?

Absolutely. Policy-makers need to be much more open about the benefits of immigration, but more broadly if we want Britain to be a successful, open, trading economy – and that is our future in the global economy – being open to immigration is part of that. We don’t really have the option of being closed to immigration, but still being ‘open for business’, in the words of the Prime Minister. So it’s important that politicians of all parties make that case very clearly.

I think there’s another point, however, which is a slightly more negative one. It’s quite reasonable to argue over what the economic costs and benefits of immigration are. What is not reasonable, though, is to blame some of the very real problems that we have in the UK – around say youth unemployment or pressure on public services – on immigration. We have a lot of evidence showing that it’s not immigrants who cause youth unemployment, but structural problems with our own education and skills system and our own youth labour market. I think when politicians start blaming immigrants for these problems that really is scapegoating and it’s wholly unacceptable in my view. It deludes people into the false hope that somehow if we reduced immigration these problems would be magically solved and that’s just not true.

Jonathan Portes is Director of the UK National Institute of Economic and Social Research.