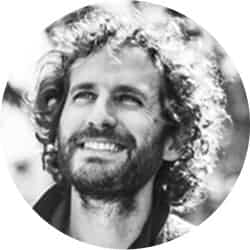 Nowadays, both economists and policy makers have rediscovered the importance of income distribution, while in the past this research remained the domain of a handful of scholars, usually in the heterodox tradition. In a number of recent papers, even the IMF has warned about the risks stemming from increasing inequalities but the recommendations inferred from its standard theoretical approach do not imply any breakthrough in the policy agenda. Thus, old-fashioned and new perspectives on inequality tend not to share either focus or policy conclusions.

Despite the increasing importance of functional distribution in explaining the increase in inequality in recent decades, the consensus in economics is still based on what happens in the labor market only because of trade and technology. Trade is important because of the entry of players such as China, abundant in unskilled labor and likely to open up new possibilities for production offshoring. Technology is important because of its complementarity with different skills. Trade and technology could be combined in a conjoined explanation: different technologies or offshoring may replace certain occupations, worsening the wages of those workers whose skills match the specific tasks affected. If this is the case, routine tasks and medium skills would be the most seriously affected. 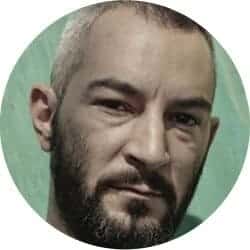 The aim of our most recent contribution is to criticize the current consensus, starting from the premise that functional distribution is perhaps the more relevant element of the story of inequalities. Technology and trade do matter in our framework as well. However, their impact on income distribution depends on the relative power of the parties (i.e. capital and labor) involved in the bargaining process.

The idea behind our work is that there is a certain sequence in the capital-labor split: wages are negotiated based on expectations, while profits are realized, depending on demand. Second, because of globalization and the external constraints that implies, foreign demand becomes fundamental to explaining profits growth. Third, technology and offshoring shape the bargaining power of capital and labor through the generation of rents. Data cover 37 industries in five European countries for the period 1996-2010.

Some preliminary evidence is shown in Figures 1 and 2 below. As the former shows, wages grow more in the high-tech sectors while, when we distinguish industries according to their offshoring intensity (share of imported intermediate goods in a given industry from the same industry), we observe exactly the opposite pattern. Higher profits growth is clearly associated with above the median export growth. Finally, when we separate wages by educational attainment (Figure 2), we observe that the largest (negative) impact of offshoring is concentrated on low-skilled workers. 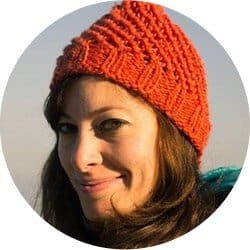 Some striking results emerge from this econometric analysis. First, on average, raising the intensity of R&D by €1000 per employee increases wages growth by half a percentage point, while increasing imported inputs to production by 1% reduces wage growth by 0.18%. Second, the data shows that, as heterodox economics claims, distribution between capital and labour is conflicting and not in synch. Third, a 1% increase in exports raises profits growth from half to one percentage point. Nevertheless, a mixed bag of results is found when workers are distinguished by skills: a) consistent with the rent-sharing hypothesis, innovation favors high- and medium-skilled wages, instead of low-skilled ones; b) high-skilled wages are found in “offshoring intensive” industries, benefitting from increasing efficiency, while low-skilled wages tend to decrease in the same sectors, because moving the job to another country can be an effective threat to cut wages; c) the capital-labor clash becomes more fuzzy when we consider different groups of workers.

A number of implications stem from this evidence, starting with a more strictly regulated labor market. In particular, the need for stronger workers’ protection as well as for a strengthening of trade unions emerges. The latter may promote a cooperative environment within firms encouraging on-the-job skills upgrading, workers’ cooperation, and the adoption of new technologies. This would result in a fairer distribution of innovation-related rents helping to reduce inequalities. Moreover, stronger trade unions can mitigate the pressures for production offshoring, avoiding negative effects on employment, wages and demand (reducing the dependence on export competitiveness). Finally, public intervention aimed at ensuring a sustained dynamic of demand turns out to be fundamental to stimulating profits expectations and, as a consequence, new investments. 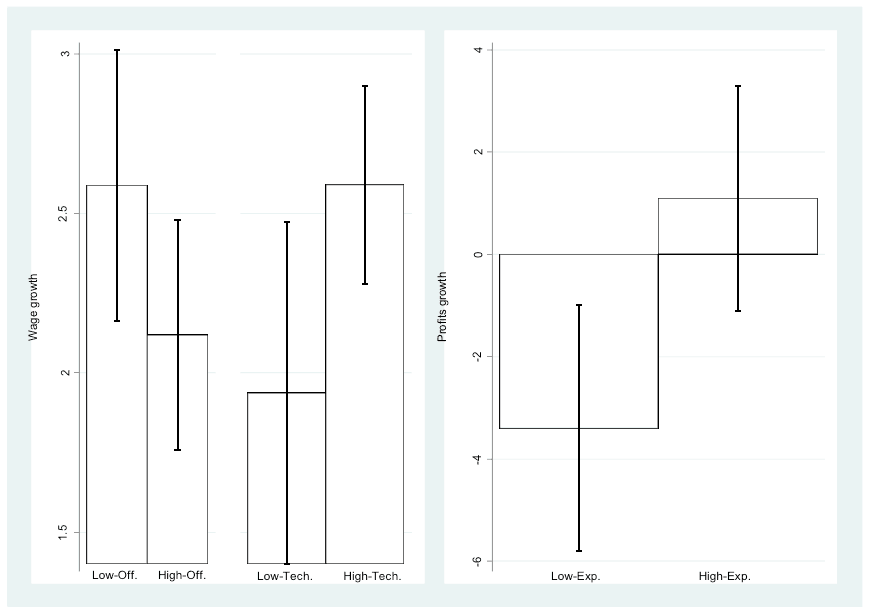 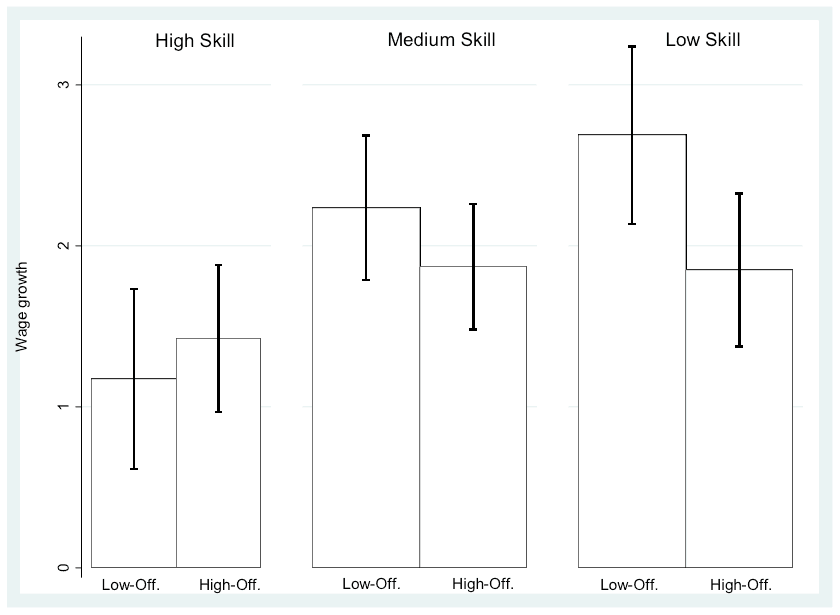 Francesco Bogliacino has a PhD in Economics from the University of Pavia with a thesis on wage inequality. He is currently Professor at the Universidad Nacional de Colombia (Bogotá, Colombia). He has been teaching professor at the University of Genova (Italy), Professor at the Universidad EAFIT in Medellin (Colombia); Scientific Grantholder at the European Commission – Joint Research Center – IPTS in Seville (Spain), Post Doctoral researcher at the University of Amsterdam UVA. His research interests cover Experimental and Behavioural Economics, Labour Economics and Development Studies. Dario Guarascio is research fellow in economics at the Sant’Anna School of Advanced Studies in Pisa. He participate in the Horizon2020 project ISIGrowth aimed at developing a policy agenda for an Innovation-fueled, Sustainable and Inclusive Growth. Dario’s research interests range from economics of innovation, industrial policy, labor market dynamics and inequalities. The outcome of his research has been published on international journals as the Journal of Evolutionary Economics, Economics Innovation and New Technologies, The Journal of Analytical and Institutional Economics, and Intereconomics. Valeria Cirillo is a Post-doc researcher at the Institute of Economics of Sant’Anna School of Advanced Studies in Pisa since May 2015. Previously, she worked as Post-doc in the Department of Statistical Sciences – Sapienza University of Rome. She works on labour market dynamics, occupational trends, technologies and inequalities. She defended her PhD thesis in Development Economics, Finance and International Cooperation in the Department of Social and Economic Analysis – Sapienza University of Rome. Her thesis, titled “Innovation, Employment and Skills”, focuses on the relationship between technologies and skills analyzing the impact of different patterns of technological change on employment dynamics and skills at sectoral level. She received her Master’s Degree in Development Economics from Sussex University (UK) and her Bachelor’s degree in Political Sciences from University of Lecce.