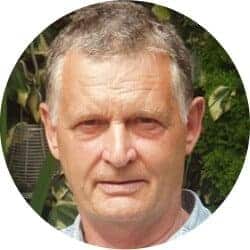 When Central and Eastern European leaders try to explain why they do not want to accept refugees, they tend to contradict one another. Some insist that refugees take jobs from natives, which implies that refugees are hard workers; others complain that refugees rely on welfare benefits, which suggests that they work too little.

Hungarian Prime Minister Viktor Orbán, for example, argues for the former. Between 2015 and 2016, his government spent more than €50 million ($59 million) on anti-immigrant advertisements, including billboards warning immigrants not to take natives’ jobs. 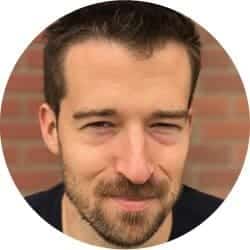 By contrast, Czech politicians such as former Deputy Prime Minister Andrej Babiš, Minister of the Interior Milan Chovanec, and former President Václav Klaus all portray refugees and migrants as freeloaders who have their sights set on generous welfare benefits. And according to the current Czech president, Miloš Zeman, these welfare-seekers can all be lumped into a single category: “Muslims.”

In light of these contrasting portrayals of refugees, a popular meme has taken off in Central and Eastern Europe: “Schrödinger’s immigrant.” It is a play on Schrödinger’s cat, which describes a paradox in quantum physics in which a particle can exist in two opposite states simultaneously – like a cat that, having been sealed in a box, is both dead and alive until it is seen. 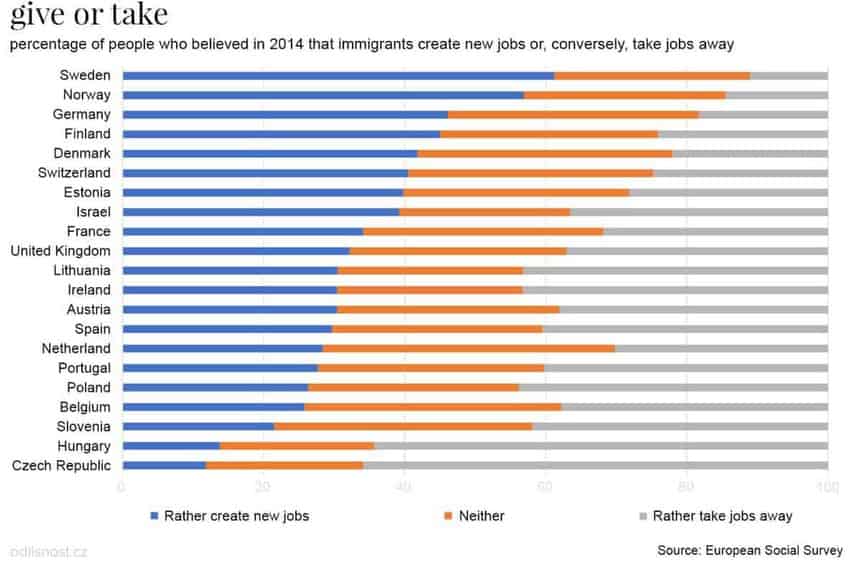 According to the European Social Survey, there is little agreement in Europe about whether refugees and migrants take existing jobs, or actually create new ones (see chart above). At Odlišnost (Distinction), a collective of academics and journalists, we have reviewed 20 empirical studies to determine the effect that immigrants had on native workers in Europe and the Middle East between 1990 and 2015. All told, we found little evidence to support the claim that accepting a reasonable number of refugees and migrants from developing countries deprives native-born workers of employment.

Of course, many of those who don’t believe that immigrants take natives’ jobs still worry that newcomers do not contribute enough in taxes. There is some truth to this. The growing share of immigrants arriving from developing countries includes many less-educated workers, particularly among women, and that can reduce incomes and the overall employment rate for immigrants.

But high- and low-skill migrants alike contribute to the efficient division of labor in their host countries, because language and other differences make it harder for them to compete with locals. The studies we examined show that, in terms of wages, immigrants from close neighboring countries put a small amount of downward pressure on the wages of low-skill natives. With immigrants from afar, however, this negative effect disappears.

More generally, people from different cultures bring different skills and fresh ideas to the host economy. There is substantial evidence to suggest that birthplace diversity within a country’s college-educated workforce is positively associated with productivity and economic growth. In the United States, first- or second-generation immigrants founded more than 40% of Fortune 500 companies, including Google, Apple, and Amazon.

In this respect, it is important that migrants tend to be more educated than their compatriots back home. In Austria in 2015, the ratio of Syrian and Iraqi asylum applicants with a college education was the same as that among natives. Given this, immigrants from afar may actually contribute even more economically than those from neighboring countries.

The University of Louvain economist Frédéric Docquier and his colleagues have been researching the economic impact that immigrants from developing countries have on host-country budgets, wages, and consumer markets. In a forthcoming study on immigrants who arrived in 20 OECD countries between 1991 and 2015, they find that natives seem to have benefited significantly from immigrants’ contributions.

But what about the argument, often made by anti-immigrant politicians, that refugees and migrants are coming to European countries to exploit their social-welfare programs? Even at first sight, there seems to be something odd with this idea. Germany and Sweden are generally seen as having the most generous migrant benefits, yet there is no uniform flow of people toward those two countries. In 2016, Syrians did flee to Germany and Scandinavia (see graph below). But Eritreans often headed for Switzerland, and many Afghanis applied for asylum in Hungary. 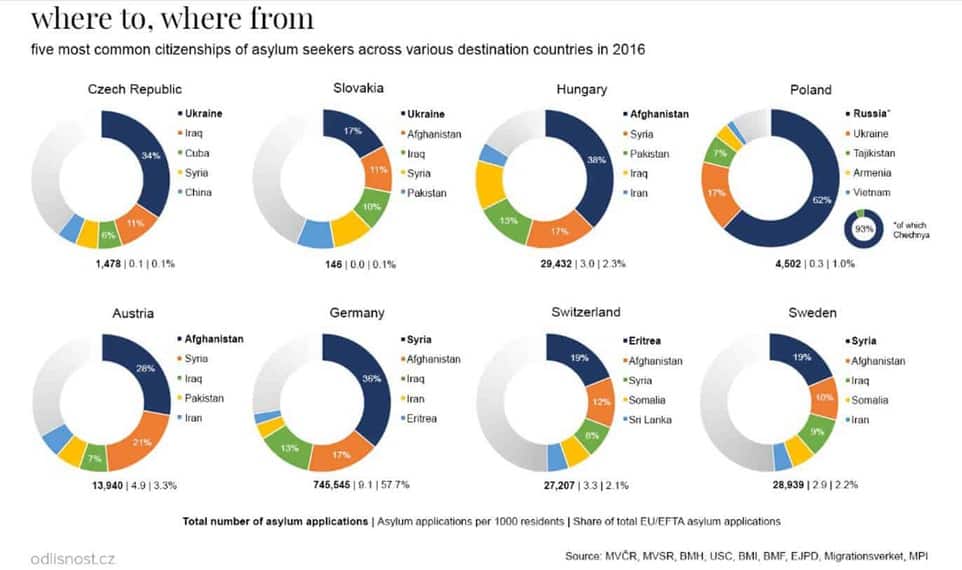 Economists weighing this issue through the lens of “revealed preference theory” would argue that asylum-seekers are analytical decision-makers who seek out countries such as Germany for its low unemployment rate. But researchers who have examined non-economic data, not least migrants’ responses to surveys, have good reason to cast doubt on this assumption.

It turns out that asylum applicants typically have little to no knowledge of a country’s labor-market conditions or welfare benefits before they arrive. Rather, they are usually guided by the circumstances of their journey. And when they do consciously choose a country, they tend to look for places where their compatriots or relatives already live, or where they already know the language, owing to past colonial ties.

It is intuitively plausible that refugees could be drawn to countries with faster, more generous asylum procedures. But studies have repeatedly failed to establish any meaningful correlation between welfare provision and refugees’ choice of destination. What little knowledge of different countries’ asylum policies refugees do have often is based on rumors, usually heard from smugglers who have little concern for their interests.

Nativist politicians will undoubtedly dismiss “Schrödinger’s immigrant” as a liberal factotum. But the meme will remain popular for as long as nativists hide behind the language of popular economics. The immigration debate should be decided on its merits, not through the politics of fear.