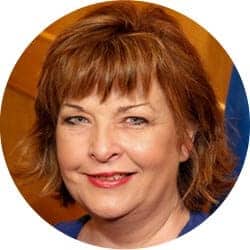 In June 2016, the people of Scotland overwhelmingly expressed their wish to remain part of the EU. As the UK Government is readying to trigger the Article 50 process –against the will of the people of Scotland – the question we must ask is: do we want to be an open, forward-looking progressive Scotland that protects its own interests, or are we willing to be overlooked and pushed off a hard Brexit cliff edge, with damaging consequences for our economy, society and our place in the world?

The First Minister took the first steps last week towards giving the people of Scotland the right to make that choice, in an independence referendum.

We have long made clear the value the Scottish Government places on our membership of the EU. We value strongly the economic benefits, rights and social protections it affords the people of Scotland, and we want to see them continue.

Our continued membership of the European single market, including the four freedoms, is central to the health of our economy and our prosperity as a nation. And we are doing everything we possibly can, legislatively, practically and in every other sense, to protect the rights of EU nationals living in Scotland.

In December last year we set out a series of proposals to the UK Government which made clear the importance of single market membership to our economy and proposed a way forward to protect Scotland’s interests and mitigate the worst damage of a hard Brexit – which could cost 80,000 Scottish jobs within a decade.

The Scottish Government has negotiated with the UK Government in good faith. Our proposals were put forward in the spirit of seeking consensus, but have so far been ignored. Despite saying they would give our proposals careful consideration, disappointingly, UK Ministers have refused to match our compromises with any of theirs.

If Scotland can be ignored on an issue as important as our membership of the EU and the single market, then it is clear that our voice and our interests can be ignored at any time, and on any issue.

It is not just our relationship with Europe that is at stake, but our wellbeing as a nation. Brexit will inevitably hit our economy, our public spending and living standards; its consequences are set to affect many of our economic sectors, from our social care sector to our education system and, more generally, our business relationships, both internally and internationally.

Not only that, our political autonomy and democratic asset are under threat: after our strenuous fight for an extension to our responsibilities, we now are faced with the prospect of a further centralisation of power to Westminster. We’ve heard statements from the Prime Minister that she wants increased centralised power at Westminster when powers previously held by the EU are returned – not to devolved administrations.

This cannot be a secure basis on which to build a better, fairer, more prosperous Scotland.

Almost seven months since the EU referendum, the Prime Minister has announced ending UK involvement in the European project in the hardest and most complete way possible. We think this is the wrong decision for the UK as a whole and it indicates that the type of country they want is a race to the bottom, sacrificing consumer, environmental and workers’ rights for the price of deregulation and low wages.

But the Scottish Government – and the Scottish people as indicated in poll after poll – have a different view. We have to find a fresh way forward – a new beginning – that honours the democratic demand of the nation to maintain our relationship with our European friends and neighbours.

If the UK leaves the EU without Scotland indicating beforehand – or at least within a short time after it – that we want a different relationship, we could face a lengthy period outside not just the EU but also the single market. That could make the task of negotiating a different future much more difficult.

The First Minister, Nicola Sturgeon, last week made clear she is determined to regain control for Scotland, so that our people have the opportunity to decide their own future and determine their own direction of travel.

By asking the Scottish Parliament to agree that we should take forward the Section 30 process for a Scottish independence referendum between Autumn 2018 and Spring 2019 – once we know the shape of the Brexit negotiations, we are taking the necessary steps to make sure the people of Scotland can exercise the right to choose their own future.

We need to make sure that people have choice at the right time; any clarity about the hard Brexit deal that we’re expecting has to be on the table, people will need to have that laid out for them. It is our determination to make sure that Scotland’s voice is heard.

The Prime Minister has now signalled a refusal to engage on the terms of a referendum before Brexit takes place. That would, in effect, mean preventing the people of Scotland having a choice over their future. That would be a democratic outrage.