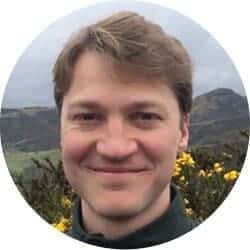 While unemployment rates are continuing to fall in Europe and the US, many workers have discovered that finding a job may not solve all their problems. Bertelsmann Stiftung reports in its 2016 Social Justice Index that recent increases in employment helping to drive the EU’s economic recovery are not proving beneficial for social justice and inclusion. The lag can be felt in the increasing numbers of working poor and workers caught in temporary or atypical jobs with little opportunity for advancement. This mirrors similar trends in the US.

The dual or segmented labor market theory was popularized in the early 1970s. It argued that the US and some large European labor markets had split into primary and secondary markets. The primary one was characterized by relatively high wages, opportunities for advancement and stable work opportunity, while the secondary one saw low wages, high turnover and less opportunity for training and advancement. These two segments mirrored racial, gender and age inequalities with the secondary market dominated by minorities, women, immigrants and youth.

The risks are most brutally exposed when a recession hits. As firms look to cut costs by firing employees, permanent workers enjoy more legal and normative protections and the burden falls on temporary workers. Employers are subsequently more likely to rely on temporary contracts following a recession in rebuilding employment because of concerns over uncertainty of the economic outlook and liquidity constraints.

Overall, this segmentation dampens the economy while creating and exacerbating social justice concerns such as the number of people at risk of poverty, those living in jobless households, and those with temporary jobs. It concentrates the risks associated with job loss on lower paid workers.

Social justice concerns in the EU

The 2016 Social Justice Index (SJI) by the Bertelsmann Stiftung reveals that almost ten years after the 2008 economic and financial crisis, the social concerns associated with dual labor markets are materializing in Europe.

Overall, according to the SJI, the EU may be at an inflection point as regards improving indicators such as poverty prevention, equitable education, labor market access, social cohesion and non-discrimination, health and intergenerational justice. However, since 2008 European labor markets have suffered from widespread loss of participation opportunities. In only five states – the Czech Republic, Germany, Luxembourg, the UK, and Poland – has social participation returned to pre-crisis levels.

While the EU labor market continues to improve, a discrepancy is emerging between southern Europe and the rest of the EU in terms of part-time and atypical forms of employment. Crisis-hit countries including Spain, Italy, Bulgaria, Romania, and Greece remain at the bottom of the Social Justice Index due to continued poor performance on measures of equal participation opportunity and combatting poverty levels.

In countries with strongly dual markets such as Spain and Italy, temporary workers including young people and migrants were disproportionately impacted with high unemployment rates after the 2008 recession. Experts note that in the Spanish construction sector, fixed-term or temporary employees suffered 35% decreases in employment while permanent workers’ real wages increased by 4%.

Are EU labor markets beginning to look more like the US?

In the US labor market there is a clear trend towards increasing inequality. In 2011, the Urban Institute found that over the past 30 years it has generally seen women and educated workers gain the most in earnings and employment, while men and less educated workers have gained the least.

The study also found that young and minority workers and those in the Midwest have lost ground in terms of earnings and employment compared to other groups. The authors note further that since 2008, the large increases in unemployment have affected mainly less-educated, younger and minority workers. The EU may well be following a similar path towards structural increases in worker inequality and dual labor markets.

Disheartened workers are finding a voice in political populism

Some of these unemployed, working poor and otherwise socially excluded groups have rallied behind insurgent candidacies and policy platforms opposed to the globalist agenda of many centrist parties.

Donald Trump benefited from support among rust-belt workers and other middle and working class voting groups who found resonance in his relentless criticism of the imbalanced recovery. Meanwhile, working class Brits have rejected the globalism of the EU project by voting to leave, and a radical rightwing wave is sweeping Europe with the rise of leaders such as Marine Le Pen in France and Geert Wilders in the Netherlands

The insurgent campaign of Bernie Sanders last year highlighted the strength of populist economic arguments on both sides of the political spectrum.

Europe and the US seem to be at a crossroads both economically and politically. With the ongoing recovery building dual labor markets through the emphasis on temporary and atypical work, social and economic inequality are rising. Leaders, policy-makers, communities, and the public at large on both continents must act to address their underlying causes.

Andrew Tanabe is a former legislative staff in the U.S. Senate. He writes for the Bertelsmann Stiftung’s SGI News.