Lockdown conditions have put in question the disproportionate burden of unpaid work placed on women, evidence from Turkey shows.

‘It took a global pandemic for my husband of 20 years to enter the kitchen and start cooking,’ a friend in Istanbul told me recently. A full-time professor, she was not alone in making this discovery. And her experience suggests Covid-19 might succeed, where decades of advocacy have failed, in transforming the realm of unpaid work.

A nationwide survey conducted in Turkey in May shows that, in couple households, men’s unpaid work time went up nearly five-fold during the pandemic. The increase was highest for men who switched to working from home during lockdown: they spent 50 per cent more time on domestic chores and care work than men who continued working at the workplace.

The survey, supported by the United Nations Development Programme in Turkey, covered more than 2,400 respondents in couple households during a lockdown week. Time-use questions, devised by the economistsİpek İlkkaracan (Istanbul Technical University) and Emel Memiş (Ankara University), were included in a regular household survey, with the findings published in a UNDP report in August.

The increase in men’s unpaid work time was a striking departure from the norm—in a country with one of the highest gender gaps in unpaid work globally, where women’s workforce participation is the lowest among member countries of the Organisation for Economic Co-operation and Development.

The shift has big implications for gender equality in the world of work.

First, it suggests that bringing in more flexible forms of work in the workplace and shorter workdays for men in the formal workforce can result in more equal sharing of unpaid work at home. The shift also dents gender norms by getting employed men to assume ‘breadwinner’ and homeworker roles simultaneously. Most of all, it helps employers and employees think more expansively about flexible forms of work, and not associate them solely with maternity and child-rearing.

In short, the involuntary changes to the workplace brought about by the Covid-19 lockdown could erode the gendered demarcation of paid and unpaid work, with better outcomes for women and men, in terms of shared labour, leisure and income.

Equally promisingly, the survey shows that a large share of both women and men believe in a more gender-equal division of household labour: 85 per cent of all women and 65 per cent of all men supported men’s obligation to share housework equally with women.

To be sure, women in Turkey still indicated they shouldered most of the burden of unpaid care and domestic work, doing more than four times as much as men (4.5 hours to 1.1 hours per day). With paid and unpaid work combined, women’s work increased from 7.7 hours per day pre-pandemic to 9.2 hours during the lockdown—almost 80 per cent of this increase was due to unpaid work. Employed and higher-educated women spent almost as much time on unpaid work as less-educated and unemployed women.

By contrast, employed men had more or less the same combined workload before and during the lockdown (7.7 hours). For women who continued to be employed at the workplace (as ‘essential’ workers), however, total daily work hours went up to more than 10 hours per day. One in every two women—compared with less than a quarter of men—reported feeling overwhelmed by their workload during lockdown.

‘Under pandemic conditions, while the market economy slowed down substantially, economic activity in the care economy both in its paid and unpaid components has intensified,’ said Ilkkaracan and Memiş in their report. ‘Women, especially employed women, have served as the main absorber of this demand shock by increasing their paid and unpaid work hours.’ (Their full paper will be in Feminist Economic Perspectives on the Covid-19 Pandemic, a forthcoming special issue of Feminist Economics.)

A study in Jordan, for example, estimated that female healthcare workers experienced a doubling of their paid and unpaid working hours—from 45 to (a staggering) 92 hours a week.

The findings of the Turkey survey are similar to unexpected changes reported in other countries with high gender gaps in unpaid work. With the right policy support, a virtuous circle of cascading impacts can be created.

The shift in the gendered distribution of unpaid work could become widespread with new forms of virtual working in today’s digital transition. Employers can play their part, by ensuring that employees of different genders can avail themselves of flexible forms of work—such as family-friendly work schedules, telecommuting and paid, use-it-or-lose-it, care leave for parenting and other long-term care responsibilities.

With more equal sharing of unpaid work, more women can take up jobs. In turn, this will create more demand for quality care services—for children, the elderly, the disabled and the long-term sick—which are the basis of a genuine care economy. Feminist economists have shown that public spending on social-care infrastructure does several things at once: it generates decent jobs for men and women, improves worker productivity and safety, reduces poverty and decreases labour-market inequalities by gender and skill.

The Turkey time-use survey shows why investing in a care economy must become foundational to Covid-19 recovery and ‘building back better’. 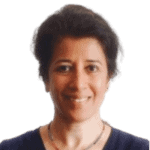 Bharati Sadasivam’s most recent position was team leader for gender equality and women’s empowerment at the Istanbul regional hub of the United Nations Development Programme.