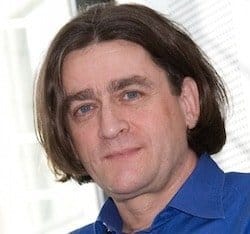 Austerity measures put social cohesion at immense risk and restrain the growth dynamic in Europe. Furthermore, these measures have massively damaged the confidence of citizens in European and national institutions. Failing to solve problems such as high unemployment or a lack of social infrastructure is a very expensive option, associated with massive costs for individuals and society. In the short run, deciding not to counteract these costs with social investment can benefit public budgets. Yet, in the medium and long run, it is very likely that such a strategy will have very negative impacts. This is for instance demonstrated by the publication “Perspectives for Social Progress. Social Investments have multiple benefits” of the Austrian Federal Chamber of Labour. 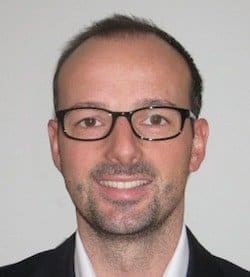 For years, organized labour has repeatedly warned about the impact of massive social distortions and low economic growth. Such an assessment is empirically supported by EU analyses and standard reports, such as the European Employment and Social Development report 2014 or the sobering “taking stock” communication on the implementation of the EU 2020 strategy. Recent trend analyses show that social conditions in Europe have shown no sign of  improvement even in 2014 – more than six years after the onset of the financial and economic crisis. On the contrary: About 9 million more people are unemployed than in 2008; and precarious employment, which usually does not guarantee a living wage, is on the rise, as are inequality and poverty. In 16 out of 28 EU member states, especially countries on the periphery, already high levels of social risk have been further exacerbated. The failure of crisis management is most evident in the fact that unemployment has reached record highs above the 26 million mark.

A variety of actors have understood human-centered, active (in contrast to the neo-liberal concept of “activating”) social policy as producing positive multiple dividends, such as the European Economic and Social Committee’s 2014 statement on social investments, which was supported by all groups, including the employers. But those who had hoped that such appreciations of the benefits of good social policies would result in credible steps towards programmes to combat unemployment and other social problems have so far been disappointed. A paradigm shift away from neo-liberalism and austerity is still not in sight.

On the one hand, there are legally non-binding recommendations on social investments, strengthening the social dimension, etc. Yet, on the other hand, there are legally binding strategies to continue or even intensify the austerity policy of the last years (Fiscal Compact, Sixpack, etc.). It is evident that steps like the “social investment package” or the initiative by the European Commission to “strengthen the social dimension” conflict with the general orientation of EU policies. The pro-cyclical austerity policies won’t help us achieving the employment and poverty reduction goals of the EU 2020 strategy. Moreover, selective “investments in the future” financed by cuts in social welfare contradict an inclusive social policy embedded in a strong, well-financed welfare state.

Which perspective will eventually succeed? To a large extent, this will be determined by whoever succeeds in defining how social policies should function. Even more so, it is a question of (political, economic, institutional, etc.) power relations and  constitutional reality both at European and national levels.

The Austrian Chamber of Labour’s publication demonstrates the social and economic significance and the necessity of social investments, emphasizing both the multiple advantages of such a strategy and the multiple disadvantages of non-action. Focused on topics such as childcare, apprenticeships in public training centres and all-day schools, it is shown that well-designed investments in the welfare state not only help to address social problems, but also significantly contribute to a sustainable consolidation of  public budgets. When structural problems are solved and growth and employment are stimulated, public budgets will benefit in perpetuity. When we look at the budget effects of achieving or not achieving the employment goal of the EU 2020 strategy, the huge monetary dimensions at stake become apparent. This is shown in a study published by the European Policy Center summarized in the paper.

In order to sustainably and successfully implement a broad social investment package, a credible macroeconomic, legal, and institutional embedding of social policy is required. One of the crucial preconditions is appropriate budgetary room for manoeuvre, that arguably can only be achieved by turning away from the austerity regime and by implementing a target-group-specific redistribution policy. This is the only way to both sustainably strengthen the social dimension and consolidate public budgets (in the medium to long run). To implement such a strategy would also help to position European and national institutions as trustworthy and reliable. If, instead, European policy remains headed in the current direction, there is a serious risk that the EU initiative on social investments will turn out to be a waste of paper and social problems will further exacerbate in Europe. A broad commitment to social investment based on a strong welfare state is a much better solution. Both European citizens and public budgets would benefit from such a strategy.