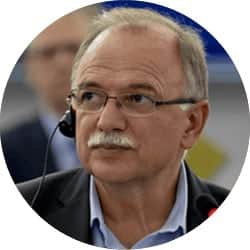 Seven Eurozone member-states have received a warning letter from the European Commission on potential deviations from the prescribed budgetary norm in 2017 and likely need for fiscal tightening. Cyprus, Spain, Portugal, Italy, Finland, Belgium and Lithuania face problems in abiding by the rules and requirements of the Pact (S&GP) with respect to the rate of public spending and the concomitant deficit.

The first point we need to stress is that the requirements and fiscal/budget targets included in the S&GP render the implementation of a growth-oriented policy almost impossible for a growing number of member-states, and not only for the weak European South. If countries with traditionally robust economies, such as Finland, or countries of the “inner core” of the EU, such as Belgium, are being named and shamed, this simply deepens doubts over the effectiveness of the Eurozone’s current financial model, let alone its validity.

Weak growth and lack of investment force member-states to increase public spending in order to mobilize consumption and production, breaching the restrictive threshold of 3% of GDP for public deficits. Furthermore, decision-makers in Brussels are failing to accelerate the harmonization of the fiscal framework such as spreading the financial burdens equally among all social groups and establishing the same flat-rate system among all member states, while the efforts to tackle expansive tax evasion and regulate ‘fiscal paradises’ (tax havens) fall woefully short. In this context, progressive governments in Greece, Italy or Portugal experience a hard time in implementing a growth-oriented policy that would also promote social justice.

The second point to emphasize is that deviation from the S&GP rules can also happen the other way round. This is the case of Germany whose domestic economy runs smoothly, with no public deficit, thus no recurring issue of public spending cuts, mainly owing to powerful and sustained trade surpluses. These surpluses are ruining competitiveness in other member-states, but also in the Eurozone altogether.

Since 2011 Germany has constantly increased its exports towards the rest of the Eurozone, thus breaking EU rules over the maximum level of trade surplus or no more than 6% annually. In 2015, the German economy succeeded in reaching a record 8.8% trade surplus, while in 2016 this is expected to dip slightly to 8.5%, according to the European Commission.

With regard to the German case, Brussels seems not to follow the same rules for all at a time when other member-states, such as Italy, are being forced to adopt additional fiscal measures to offset their budget deficit. This asymmetric, biased policy is destructive as it damages social and regional cohesion, preparing the ground for a wider revolt against EU institutions and decisions taken in Brussels.

The third and last point to be addressed is that the Eurozone needs a revised institutional framework that would allow it to focus more on sustainable growth policies. Social and regional cohesion is in the interests of Germany as well, as the current balance of power within Europe seem to increase negative feelings against Berlin.

Within this complex context, there is an urgent need for major changes in Europe. These changes have to come from the EU institutions and national governments, with European citizens, their voices and concerns at the core of the debate.

The role of the European Parliament as the EU’s only elected body should also be vital. The pressure it exerts on the Commission and Council is growing, led by a group of MEPs coming from different political families (i.e. Left, Social Democrats, Greens), forming the Progressive Alliance and pushing for the revision of the Pact.

The unstable political environment in Europe and the fact that many member-states are entering into electoral campaign mode (especially France, Germany, The Netherlands) or faced with big challenges, such as the referendum on constitutional reform in Italy or the fragile majority of the conservative government in Spain, could either impede positive developments or trigger a new phase that drags the EU away from catastrophic austerity.

The European Left has the opportunity to foster broader alliances at the domestic level and fight for a dominant and influencing role in the upcoming elections in member-states. Empowering the role of the Left at regional or central level is vital for an urgently required shift of Europe towards progressive policies.