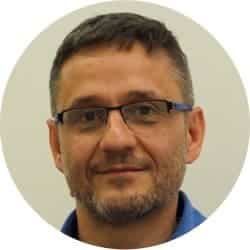 There are two reasons why we should be concerned about the current state of the Spanish economy. First, all the forecasts made by international organizations share a common view: we are likely to enter a slowdown period. This is worrying since unemployment still stands at 15 percent and many people have yet to return to their pre-crisis income levels.

Furthermore, there is a second and even greater cause for concern. The recovery in growth after 2014 is reproducing many of the traditional weaknesses inherent in our economy: job insecurity and wage stagnation have become chronic, inequality has widened and industrial specialization is once again biased towards sectors that hinder productivity growth. 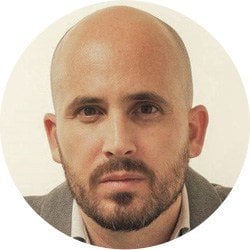 These concerns pose two immediate challenges for economic policy. First, it is necessary to ‘sustain growth’ by adopting measures that counteract the slowdown. Yet, in addition, it is essential to take measures to ‘transform growth’.

The recent agreement signed between Podemos and the Government is a first step in this direction. However, this agreement has been challenged by the IMF.

In its 2018 report on the Spanish economy, the IMF states the need to extend austerity and wage restraint, preserving fiscal consolidation and the labour market reform adopted in 2012. It says ‘structural reforms’ were successful, thanks to their effects on competitiveness, and labour flexibility led to economic recovery. However, as low productivity continues to persist and public debt is high, new labour reforms are required, as well as durable primary (budget)surpluses.

In our opinion, this approach raises several objections. We point to the five most important.

First, the idea that wage devaluation and enhanced price-competitiveness have sparked the recovery is a myth. Wage reduction during 2010-2017 has only very partially been passed on to export prices, given that this reduction has basically led to increased profit margins. As a result, the change in price competitiveness has been much lower than the fall in unit labour costs. The crucial role that exports have played in triggering recovery is undeniable, yet this is not due to wage cuts but the behaviour of external demand within the eurozone. In fact, Spanish exports have grown at a similar rate both before and after the crisis.

Secondly, the new labour flexibility achieved after the reform of 2012 has not sparked more rapid job creation: the latter has responded to GDP growth in a similar way to other expansive periods of the Spanish economy. Employment elasticity to GDP has remained constant after labour market reforms, and we see no displacements in the Okun curve. The rapid recovery of employment in Spain does not show the ‘success’ of recent labour reforms, but rather a structural tendency: industrial specialization is biased towards labour-intensive sectors.

Third, the rapid economic growth since 2014 cannot be explained without taking into account the crucial influence of certain external tailwinds – low interest rates and low oil prices. These tailwinds have affected Spain more intensely than other European economies (given the high debt-to-GDP ratio, the dominance of variable-rate mortgages and the country’s energy dependence).

The exhaustion of these factors – together with the slump in international trade – is pushing the economy towards a slowdown in 2018, showing the fragility of our growth and the need to find new pillars on which to support demand.

Fourth, the IMF narrative based on the ‘success’ of (supply-side) structural reforms is hardly compatible with the decline in potential growth and the increased equilibrium unemployment rate seen in recent years. Today the rate of potential output growth is just about half the pre-crisis trend. In fact, this contradiction reveals that fiscal cutbacks have inflicted long-lasting wounds on the economy.

Fifth, and last, it is worrying that the IMF should seek a fresh round of fiscal consolidation. With the argument that ‘fiscal buffers’ must be rebuilt by the time the next crisis comes around, this institution recommends measures that, if applied, will only exacerbate the economic slowdown, and thus increase the debt-to-GDP ratio. The claim that achieving sustained primary fiscal surpluses reduces public debt is not only unrealistic, but is also counterproductive to the goal of attaining sound public finances. Having already witnessed the failure of austerity, we do not need to try it again.

Once fiscal deficit is below 3 percent, the priority cannot be to continue reducing it further but rather to open a new policy agenda based on the two said axes (‘sustain and transform growth’). First, and from the short-term perspective, our reaction to the change in the business cycle cannot be to passively watch the slowdown descend upon us, as an as inexorable ‘soft-landing’ towards our potential growth. We must think about how to support aggregate demand.

What is required is to equip the Spanish economy with a new engine, which can only come from wage recovery. For many years now, wage growth in Spain has been below productivity growth, a gap which must be narrowed. To accomplish this, and contrary to what the IMF is affirming, the recently signed agreement between Podemos and the government sets out that there must be a return to collective bargaining, seriously damaged under the labour reform, as well as a significant increase in the minimum wage (the agreed rise is a 22 percent increase for the next year, up to 900 euros per month).

The second key pillar for a new economic policy agenda should consist of an expansive fiscal policy focused on a recovery in public investment – which today remains 25 billion euros below its pre-crisis figure – in order to enhance productivity and promote a green and inclusive growth plan. Some measures that might prove useful to achieve this are: an ambitious strategy for energy transition, based on developing renewable energies, enhancing the energy efficiency of plants and buildings, and expanding electric transport; implementing a guaranteed income scheme; and developing public banking so as to finance and engineer industrial change.