The more apparent it is that Russia is losing, the more forcefully Vladimir Putin declares that it is not.

Not since the Soviet Union collapsed have I listened to a speech as Orwellian as the one the Russian president, Vladimir Putin, delivered to declare that four Ukrainian regions were now part of Russia. Just as Communism was once supposed to save humanity from imperialist exploitation, Russia is now apparently responsible for defending countries’ right not to be subjected to a ‘new colonialism’ which would turn them into Western vassals. In Putin’s Russia, war is peace, slavery is freedom, ignorance is strength and illegally annexing a sovereign country’s territory is fighting colonialism.

In Putin’s mind, he is righting a historic injustice, as the annexed regions—Donetsk, Luhansk, Kherson and Zaporizhzhia—were once part of Novorossiya (new Russia), brought into the Russian empire by Catherine the Great. He is also standing up to the west—especially the United States, which has bled it of resources and dictated its actions since the cold war—on behalf of the rest of the world.

I love a good propaganda speech—I’ve taught the subject for years. But, coming from the leader of a country which has established itself at the centre of two empires, with other states as its satellites, Putin’s rhetoric is too rich to be satisfying.

Just like Soviet leaders’ cold-war speeches, Putin’s address did not contain a single whiff of compromise. But Putin’s assertiveness in some ways surpasses that of his Soviet predecessors. It is instead inspired by his intellectual hero, the Russian philosopher Ivan Ilyin.

To be sure, Ilyin hated Communism. In fact, he praised Adolf Hitler for saving Europe from the Red Menace and when he emigrated to Switzerland before World War II he was thought to be an agent of the Nazi propaganda minister, Joseph Goebbels. But it is pointless to seek logic in the dystopian kasha (porridge) of Russian heroes and symbols Putin serves up. So, while he echoes Ilyin’s belief in Russia’s superiority, he compares western leaders who ‘lie’ about Russia to Goebbels and justifies his ‘special military operation’ in Ukraine as necessary to ‘denazify’ the country (with its part-Jewish president).

As absurd as it was, there was nothing surprising about Putin’s annexation speech. In recent weeks, Russia suffered a string of military defeats in northeastern Ukraine. The appearance of weakness is unacceptable to Putin, who compensates with increasingly aggressive rhetoric. The more apparent it is that Russia is losing, the more forcefully Putin declares that it is not.

This is the ‘paradox of tyranny’: the weaker the state, the more it deprives people of basic liberties. Simply sharing a story about the war that is not part of the Kremlin’s narrative is considered ’spreading false information’, punishable since March with fines or even jail terms. Such a state cannot solve the fundamental problems facing the country. All it can do is discredit potential alternatives and quash any opposition.

But not all Russians are buying Putin’s narrative. Since he announced a ‘partial mobilisation’ of Russia’s armed forces on September 21st, some 200,000 people—perhaps many more—have fled to neighbouring countries. These Russians would rather sleep on the floor in an Astana shopping mall than fight Putin’s war in Ukraine. Will this trigger another escalation from Putin? Will Russia soon be subject to martial law?

Putin’s inner circle does not seem particularly thrilled about recent developments either. While they repeat the Kremlin line, the members of the audience at his annexation speech—including the former president Dmitry Medvedev, the Kremlin spokesperson, Dmitry Peskov, and the Security Council secretary, Nikolai Patrushev—sat stony-faced, their applause lukewarm. Like the Soviet apparatchiks, they know that they must remain disciplined, obedient. This is the Putin show, and any suggestion that the emperor’s clothes may not be all there could bring criminal charges—or even an untimely death.

This points to another facet of Russia’s paradox of tyranny. Centralisation of all power in a single person weakens governance by permitting the implementation of ineffective or even counterproductive policies and by stifling all mechanisms for a course correction. To challenge the leader—say, by identifying policy mistakes—is to risk everything.

None of Putin’s advisers is likely to tell him that the war in Ukraine is a strategic disaster for Russia. They will not point out that he has already failed to achieve his original objective—to march into Kyiv and re-unify the ‘Russian lands’. And they will not explain that the international community will never recognise his latest territorial claims. This is the truth Putin hopes to paper over with nuclear bluster.

Some day, Russia’s leadership will want to mend relations with the rest of the world, not least for the economy’s sake. And these illegally-annexed territories will form a high barrier to progress. Few countries give up lands voluntarily and there will always be people in Russia—followers of Ilyin or Putin himself—who would cry treason if a leader gave up Donbas or Kherson, let alone Crimea.

Putin wants to be remembered as a defender of Russia. Maybe he will even have himself written into history books in this light. But, just as many Russians today are running away from his war in Ukraine, future Russian leaders are unlikely to welcome his imperial legacy and all the problems it creates. 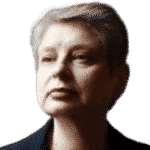