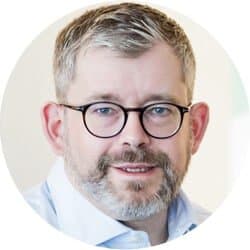 All over the world, populist parties and movements are growing ever more strongly, and established parties appear to lack effective strategies to combat this. A newly-published report from Stockholm-based think tank Futurion confirms that this growing populism can be explained by people’s concerns about what is happening in the labour market. Politicians and many experts have underestimated the importance of the economy and jobs and overestimated the immigration issue. And this is why the response to the populists has been wrong.

In Sweden, the right-wing and xenophobic Sweden Democrats have doubled their vote in all elections in which the party has been represented. What unites populism is a “us against them” attitude, which is based on a perceived conflict between the people and the elite. In those populist movements that have grown the most – the right-wing variety – there is also clear criticism of openness, globalisation and liberal democracy. 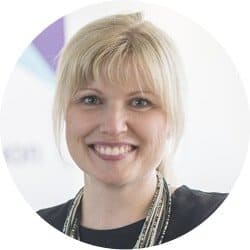 The commonest explanation for the increase in support for right-wing populists is immigration. Criticism of immigration and racism have both been highlighted as causes. In Sweden, many politicians and opinion leaders have cited the (supposedly) overly generous migration policy of the coalition government as a reason for the successes of the Sweden Democrats.

Futurion’s report Populismens verkliga orsaker– om automatisering och andra förändringar i arbetslivet [The true causes of populism – about automation and other changes at work] confirms that the election results in Sweden and other countries show no correlation between immigration and support for populism. Quite the opposite: support for populist parties and candidates is often strongest in areas where there is the least immigration. Nor is it anything to do with changing attitudes. According to the SOM-Institute, the attitude of Swedes towards immigration has become a little more negative in recent years, but the long-term trend is the opposite. When the Sweden Democrats double their vote in 15 years, this cannot be explained by what is in principle an unchanged view of immigration. Nor can it be explained by the volume of immigration, which has varied significantly over the years that the party has been growing.

Nor is it about racist values. There is nothing to indicate that Swedes have become more racist or intolerant; in fact, the long-term trend is moving in the other direction. However, voters with these values do appear to be voting to a greater extent than before for parties that are critical of immigration.

Our report indicates instead that changes in the labour market and economic trends are important. Reference is made, for example, to a study by the economist Sirus Dehdari at Stockholm University that indicates a strong correlation between redundancies and support for the Sweden Democrats. When people, primarily those with lower skills, are made redundant, the probability increases that they will vote for that party. Another study from Oxford University, by authors including Carl Benedikt Frey, confirms that support for the Republicans in the USA increased most strongly between 2012 and 2016 in areas where many jobs were threatened by automation.

Changes in the labour market will not have the same impact on all groups. Routine tasks are more vulnerable to automation and we can see that many low-skilled men, often in jobs that have had a relatively high status and income, are more vulnerable than others. But traditional working-class jobs are not the only ones affected, as digitalisation and the emergence of artificial intelligence (AI) are also affecting many white-collar employees. Historically, the Swedish people have imagined that new technology results in the creation of new jobs. A study conducted by Futurion together with the SOM-Institute reveals a different picture today. The majority of people now have a negative view of the correlation between new technology and jobs.

It is not only automation, but also economic trends that are causing concerns in the labour market. In the last ten years, the global economy has also been strongly affected by the financial crisis that struck the USA in autumn 2008. The German research institute CESifo has shown that there is a strong correlation between financial crises and support for right-wing extremist and authoritarian movements. The trend of increased populism that we have seen over the last decade mirrors what happened during the Great Depression in the 1930s when such movements seized power in countries such as Germany, Italy and Spain, with the disastrous consequences we all know.

The question is: what can be done to counteract a similar trend. Even if automation may mean that some people lose out, there is no alternative as the new technology is a precondition for old jobs not simply disappearing, but also being replaced by new ones. What can be done, however, is to reduce people’s anxieties and the personal cost of these changes. On the-job-training and other forms of education are the most important tools, but security in times of change is also about effective unemployment insurance.

Far too many politicians have chosen to respond to populist parties by adopting their world view. Instead of trying to deal with the concerns that are driving people to these kinds of movements, many politicians have often chosen to confirm and reinforce them. In many countries, established parties have chosen to copy the anti-immigrant policies and rhetoric of the populists. This, however, is a battle that populists will always win, and there is no example to indicate that copying them has reduced their influence in the long run. If politicians instead focused on the economy and what is happening at the workplace, they would have better chances of success. Populist parties rarely have any response to this.

For people to see changes as opportunities rather than threats, they need reassurance during the change they live a society that stays together and has faith in the future. This is where the parties should put forward creative, effective solutions, instead of, as now, competing to be as populist as possible.