Wouldn’t it be nice if there were a website collating the sources of data on inequality across the European Union and exploring evidence-based policy prescriptions? Now there is. 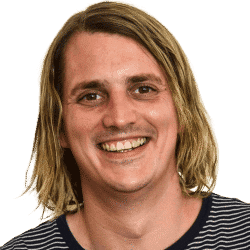 Why is human labour remunerated so differently? Do opportunities in life have to be distributed so unequally? What can we do to create a Europe for the many instead of the few? In the run-up to the European Parliament elections, www.inequalityin.eu makes visible disparities and provides a basis rooted in facts for the discussion of Europe’s future.

Economic disparities as well as stark differences in living conditions pose increasing political challenges for the European Union—as vividly illustrated by growing nationalist movements and concurrent events such as Brexit. The future of the EU, to a large degree, will depend on more equality and fairness among the states to boost societal approval of a common Europe founded in solidarity.

Inequality and its ramifications are becoming more and more pertinent within scientific discourse: significant advances on the availability of personalised data permit clearer insights into the everyday lives of people within the EU. Since 2010, the Household Finance und Consumption Survey (HFCS) has opened to view the distribution of wealth inside a number of member states. Additionally, the European Union Statistics on Income and Living Conditions (EU-SILC) and the Eurofound Quality of Life Survey (EQLS) have been providing interesting observations of living conditions.

Based upon this broader availability of data, the website www.inequalityin.eu now allows wide public access to the multidimensional facets of inequality inside the union. It is structured into three consecutive areas. The first level examines the incomes of occupational groups within and across specific countries. A second layer explores different environmental parameters as indicators for the quality of life within member states. In a third step, ideas for solutions are developed by combining the information provided. In that way, the project is aimed at establishing an enlightened societal discourse on the future of the EU.

Analysing the data, it becomes obvious that there still remains much to do on inequality across the domains of economy and society, democracy and ecology. Roughly 22 per cent of EU citizens still find themselves at risk of poverty (see figure), while the richest 10 per cent possess more assets than the bottom 90 per cent in numerous countries. Austrians employed in technical professions earn three times the wages of their Hungarian counterparts.

Women’s salaries are still 16 per cent lower than those of men, while their pensions come in at 40 per cent below; furthermore they only hold 30 per cent of parliamentary seats and governmental positions. And even though contributing less to greenhouse gas emissions, poorer people within the EU (as with the global south in general) are particularly affected by global warming.

As long as these economic and social differences remain rampant, they will stifle the vision of a common Europe with decent living conditions for all. We have to act decisively, because trust in the institutions of the EU has dropped dramatically within the last ten years: whereas seven out of ten Greeks had confidence in the European Commission in 2007 (the highest proportion among all EU members), by 2018 that number had dropped to three. Stability of European democracies critically depends on high trust. 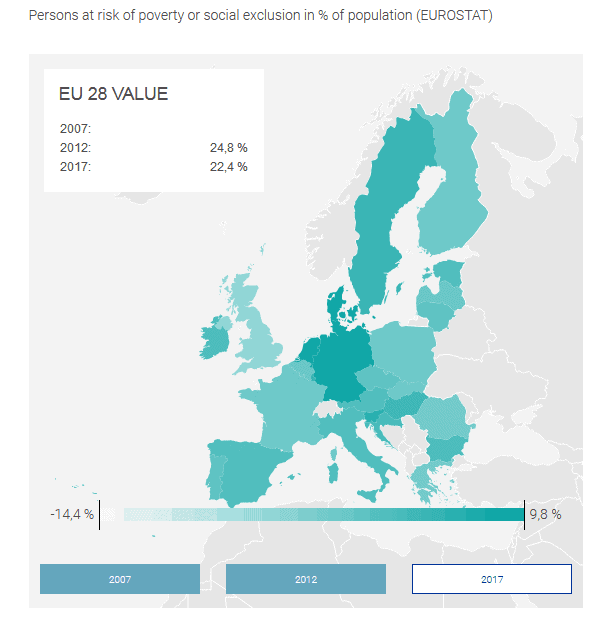 Changing course in socio-economic policies is a prerequisite for including fair distribution and economic sustainability in a common European agenda. To this end, the website features rigorously argued recommendations for action, elaborating on the holistic depiction of different facets of life presented.

Among other things, these recommendations involve democratising European institutions, creating binding minimum social standards and distributing income and wealth in a fairer way. Strategies for effectively implementing the targets set in the Paris climate agreement are also discussed. The goal of these policy proposals is a sustainable common Europe, enabling a good life for all for generations to come—in a Europe characterised not by competition but by co-operation and social cohesion.

See also our focus page What is inequality?